How many cores should your CPU have? With Forza Horizon 5, PC gamers should have a processor that has at least four cores and eight threads. We see positive performance scaling as we continue to increase our system's core counts, but after six cores and twelve threads, the performance gains are marginal. 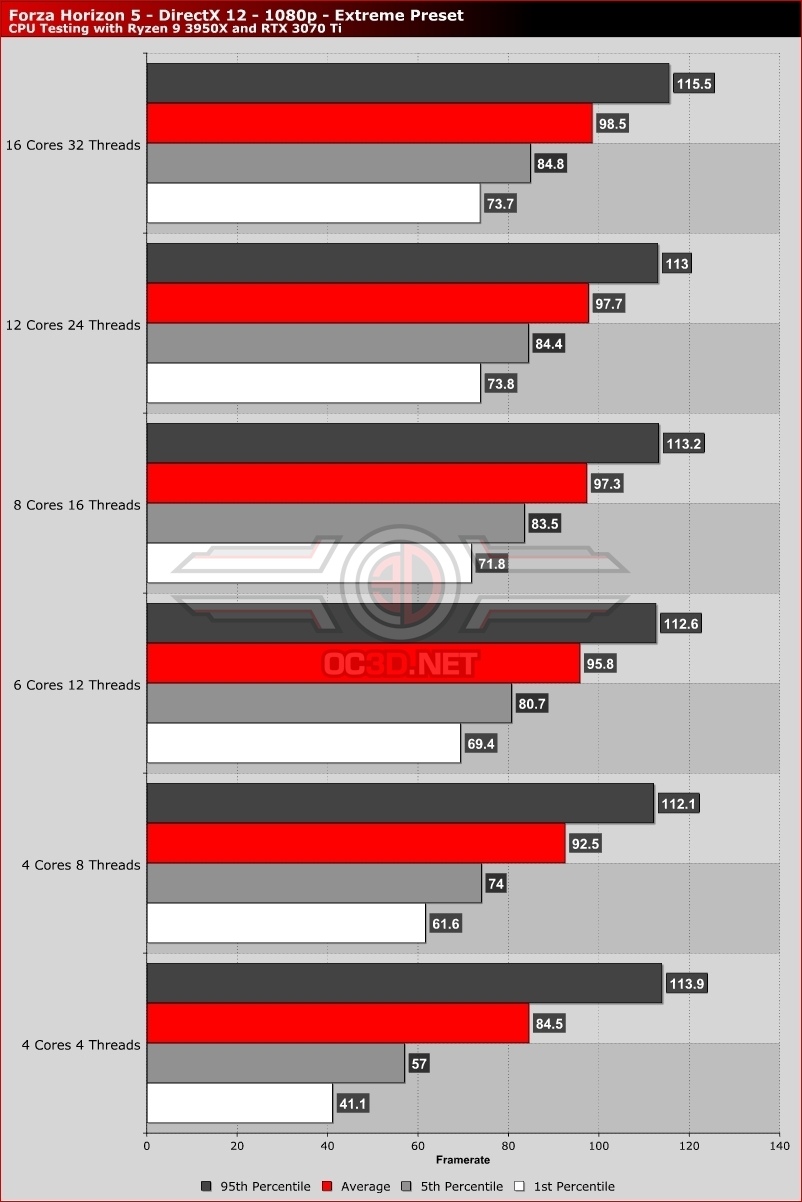 Forza Horizon 5 is designed to run on a wide range of hardware configurations, which means that the game's performance can be significantly improved by using lower quality settings. Below, we can see how much of an impact lower settings can have on Forza Horizon 5's performance at 1080p with our Ryzen 9 3950X and RTX 3070 Ti.

Note that at 1080p that Forza Horizon 5 can get CPU-limited inside its integrated benchmark. The benchmark represents CPU and GPU intensive gameplay, making it one of the best built-in benchmarks that we have seen within a modern PC game. At Ultra and high settings, Forza Horizon 5 becomes much less CPU-limited with our Ryzen 9 3950X, highlighting how scalable the game can be on the CPU side. 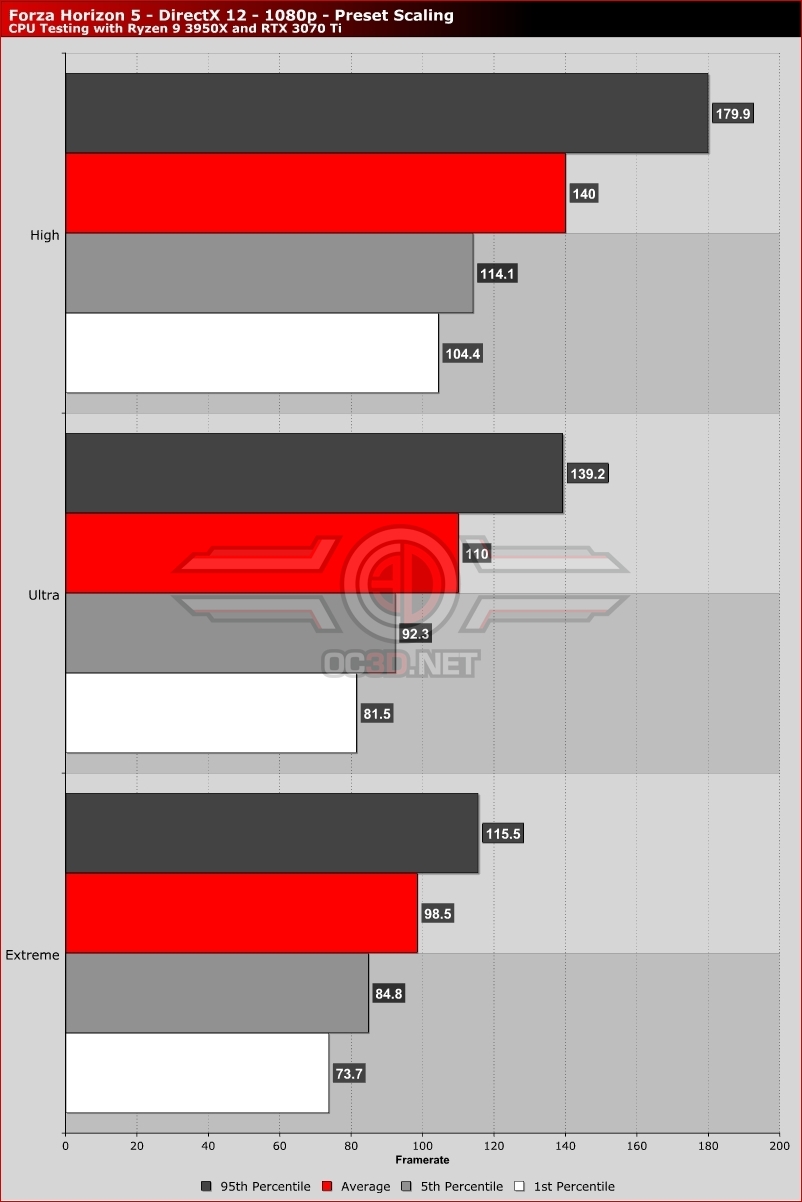