Introduction - Is this Sony best PC port to date?

God of War has arrived on PC

At launch, God of War's PC version ships with an unlocked framerate, support for ultrawide 21:9 resolutions, support for AMD's Fidelity Super Resolution, Nvidia DLSS and Temporal upscaling on day-1. Beyond that, this game has a large number of graphics settings to tweak, ensuring that PC gamers can achieve high framerates on older systems while also allowing high-end PCs to use graphical features that push the game's visuals to the next level.

In this analysis, we will be looking at God of War's newly launched PC version and how well it runs across a wide range of PC hardware configurations. We will be teaching you how to optimise God of War for your PC hardware, and looking at which settings have the largest performance impact. By the end of this article, you should know how to get the best framerates out of God of War's PC version. 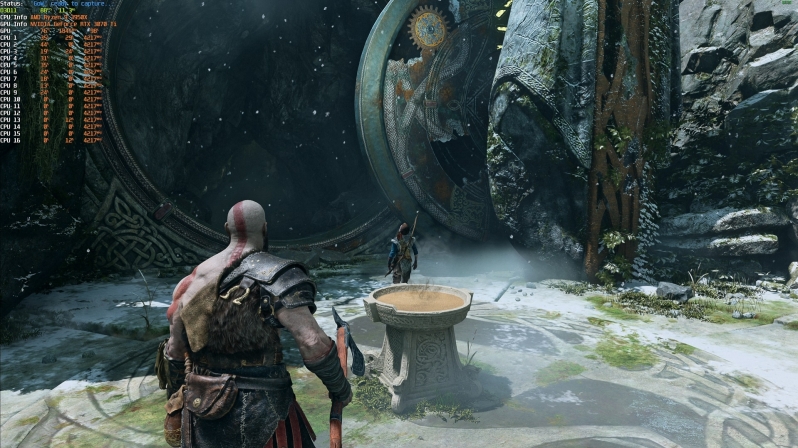 - Conclusion - Is this Sony's best PC port to date?

Game Settings - PS4 Quality and Beyond

On PC, God of War has an excellent graphical options menu, neatly splitting the game's graphical options into "Display" settings and "Graphics" settings. Display settings are used to adjust God of War's resolution, framerate limit, effects like motion blur and film grain, and whether or not God of War will be played using resolution scaling technologies like Nvidia's DLSS, AMD's FidelityFX Super Resolution, or God of War's Render Scale upscaling solution.

Within God of War's Advanced Display settings is a tickbox for Nvidia's Reflex feature, which can be used to reduce God of War's input latency on PC, allowing the game to feel more responsive when played on Nvidia hardware. This will allow PC gamers to dodge faster, help make the game's controls feel better during gameplay. If you own a compatible Nvidia GPU, you should turn Nvidia Reflex on.

God of War's Graphics settings contains three presets, Low, Original, High, and Ultra. Original settings are God of War's PlayStation 4 settings, which will give PC gamers the same level of graphics quality as the game's original PS4 version. Higher presets will give PC gamers higher quality visuals, though it is worth remembering that these higher settings will lower God of War's framerate. You will need a powerful PC to push God of War to 60 FPS at Ultra settings. 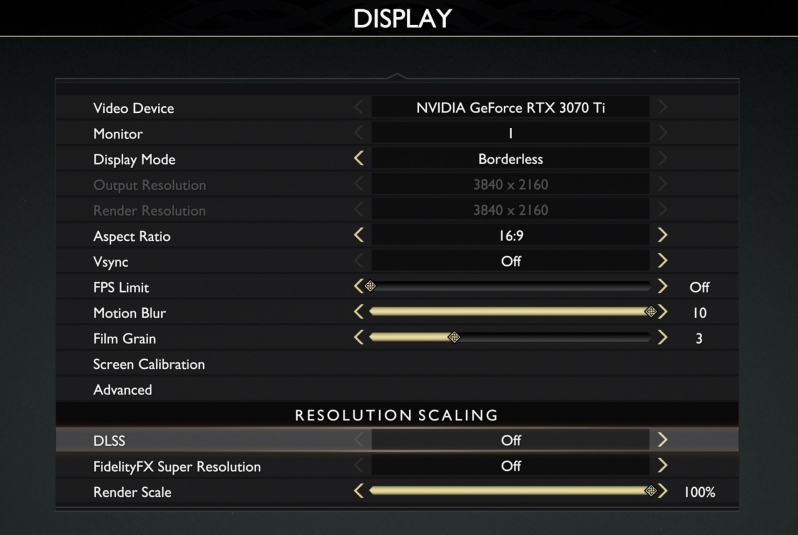 When testing God of War's PC version, we used the latest GPU drivers from AMD and Nvidia at the time of the game's launch. We used AMD's Radeon Software 22.1.1 driver and Nvidia's 513.23 WHQL drivers. Before testing, we fully updated our Windows 10 installation and ensured that no unnecessary background applications were running on our test system.

Warchild
I havent played this yet, but holy moly, I will admit the HDR on this was mind blowing. Had to look away when rowing on the river as the light reflected off the ripples in the water.

And it is so smooth at almost max detail. Why cant all ports be like this!Quote

Bagpuss
Quote:
Shame, and VERY annoying the game doesn't automatically enable HDR when launching, if it detects an HDR monitor.

Its a right PIA to have to enable it manually then turn it off when back in Windows.


I can't leave HDR enabled in Windows all the time because its still looks horrible and is incompatible with some other stuff I use.

If Watchdogs Legion can do this quality of life feature, there's no excuse why this game can't.Quote

Warchild
Quote:
I dunno, I found auto HDR in Win 11 actually a decent feature. I have yet to see any washed out colours in games or even apps/windows itself.Quote

NeverBackDown
He might be on Windows 10 tbf which as far as I know has HDR issues.Quote
Reply