Conclusion - What does next-gen mean for old hardware?

Conclusion - What does next-gen mean for old hardware?

When analysing the performance of new PC games, it always surprises us how little effort some other websites put into their work. Many focus on getting their analysis out first, and that leads to shoddy and often incorrect results.

As much as we don't want to throw other websites under the bus, it is heartening to see websites fail to take their testing procedures seriously. Your readers deserve better, and the developers of the games you test deserve better. With that said, let's get this conclusion started.

What Next-Gen means for current-gen hardware

Godfall is the first "next-gen" game to reach OC3D's gaming test suite. Yes, we did test Assassin's Creed Valhalla last week, but that game also launched on PlayStation 4, and Xbox One, tying the game to current-generation hardware and their capabilities.

Quad-core systems are slowly becoming irrelevant, and 6-core systems will soon be the new baseline for new gaming PCs. The era of the quad-core is over, and this will become clearer once more games are produced with next-generation systems in mind. Remember, PS5 and Xbox Series X/S use eight-core Zen 2 processors. Next-gen games will require strong processors.

With Godfall, we also noticed that our RX Vega 56 delivered larger than normal performance increases over AMD's older RX 580 graphics silicon. Godfall benefits from the architectural enhancements that were made with AMD's Vega and RDNA architectures. This is another clear sign that Godfall was not developed with older hardware in mind. 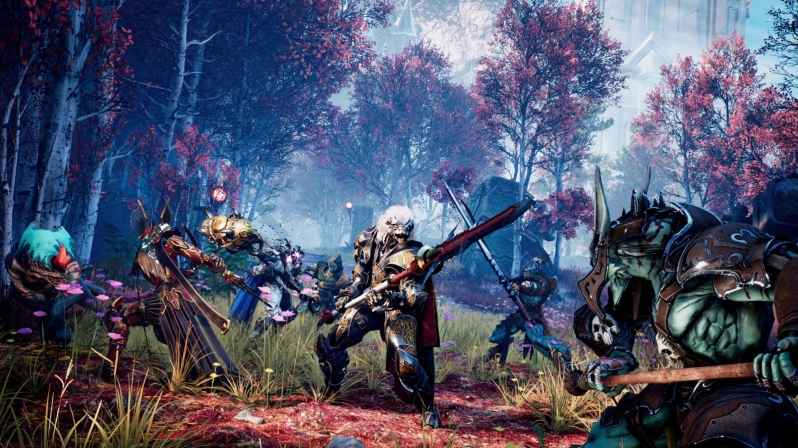 Godfall's Epic Preset is extremely demanding, and PC gamers can achieve a significant performance increase by making a few small settings changes. On page six of this analysis, we noted that changing Godfall's Visual Effects setting from Epic to Medium increased our average framerate by almost 50% on our RTX 2080 Ti at 4K. Better still, this change had a minimal impact on Godfall's visuals. Players will not notice a quality drop, but they will notice a performance boost.

Lowering Godfall's Post-Processing setting to low generated a performance boost of around 11% on our RTX 2080 Ti at 4K, allowing us to stay above 60 FPS in most situations when Visual Effects are also set to Medium. These two settings will deliver huge performance gains on most PCs.

As noted on pages 3 and 5, Godfall's Medium and Low presets look awful. They compromise Godfall's visuals in all the wrong areas and deliver performance gains which are not high enough to be worth the visual downgrades. At medium settings, PC players can achieve much better visuals by setting the Godfall's Shadows to High, and that change alone will make these lower settings a lot more tolerable.

Godfall is a demanding game on PC, but we feel that the game's presets could have been altered to deliver gamers better visuals while maintaining similar levels of scalability.

Stutters, benchmarking and other issues

When playing Godfall, it is worth noting that the game does experience long half-second long stutters from time to time. These stutters are typically when players first utilise a new attack or another new action within the game. With Godfall being a DirectX 12 title, we believe that this is a shader cache issue, as these stutters only seem to occur when players do new actions for the first time, like specialised attacks or combos.

After a few hours of gameplay, these stutters shouldn't happen very frequently. That said, we hope that Counterplay Games can address this issue soon.

In all, we found that Godfall's in-game benchmark is accurate, and similar framerates can be replicated within the game. Note that the game's first missions are a lot less demanding than the main game, as is typical for a game's prologue.

Godfall is an incredibly demanding game on PC, and those who have older hardware should avoid this game until they upgrade their systems. After our testing, it is clear why GPUs like Nvidia's GTX 1080 Ti and AMD's Radeon RX 5700 XT are Godfall's recommended graphics cards.

We are entering the next generation of gaming, and that means that future games will push hardware in new directions and cause older systems and components to fall behind their newer counterparts. With Sony's PlayStation 5 and Microsoft's Xbox Series X being equivalent to many of today's high-end gaming PCs, this change was inevitable.

Within the next few weeks, Godfall should be updated with support for Ray Tracing and Variable Rate Shading. We will revisit Godfall after this patch released to see how these features impact Godfall's performance and visuals.

You can join the discussion on Godfall's PC performance on the OC3D Forums.