When benchmarking Godfall, we decided to use the game's Epic Settings with Visual Effects set to Medium. The reasoning behind this should be clear after you read page 6.

For our testing, we used an 80-second segment from Godfall's integrated benchmark (yes, the game features a benchmark) and we have found that it is very representative of the game. We can replicate the same performance within the game very easily, so we have no problems with using Counterplay's integrated benchmarking tool.

Based on the results below, it is clear wh Godfall wasn't released on PS4. The RX 580 and GTX 1060 easily outperform Sony's now-last-generation system, and these graphics cards can barely maintain 30 FPS minimum framerates. Had we tested these GPUs at Epic Settings, framerates would be even lower...

At low settings, both the GTX 1060 and RX 580 both fail to achieve 60 FPS framerates. Even with the huge graphical sacrifices of Godfall's lowest settings, a constant 60 FPS is not achievable. There's a reason why these GPUs are Godfall's minimum required graphics cards.

When compared to Polaris, AMD's Vega and RDNA GPUs offer gamers significant performance advantages. It is clear that AMD has delivered some major architectural leaps with Vega and RDNA, so much so that the RX Vega 56 offers a huge lead over both the RTX 2060 and GTX 1080. 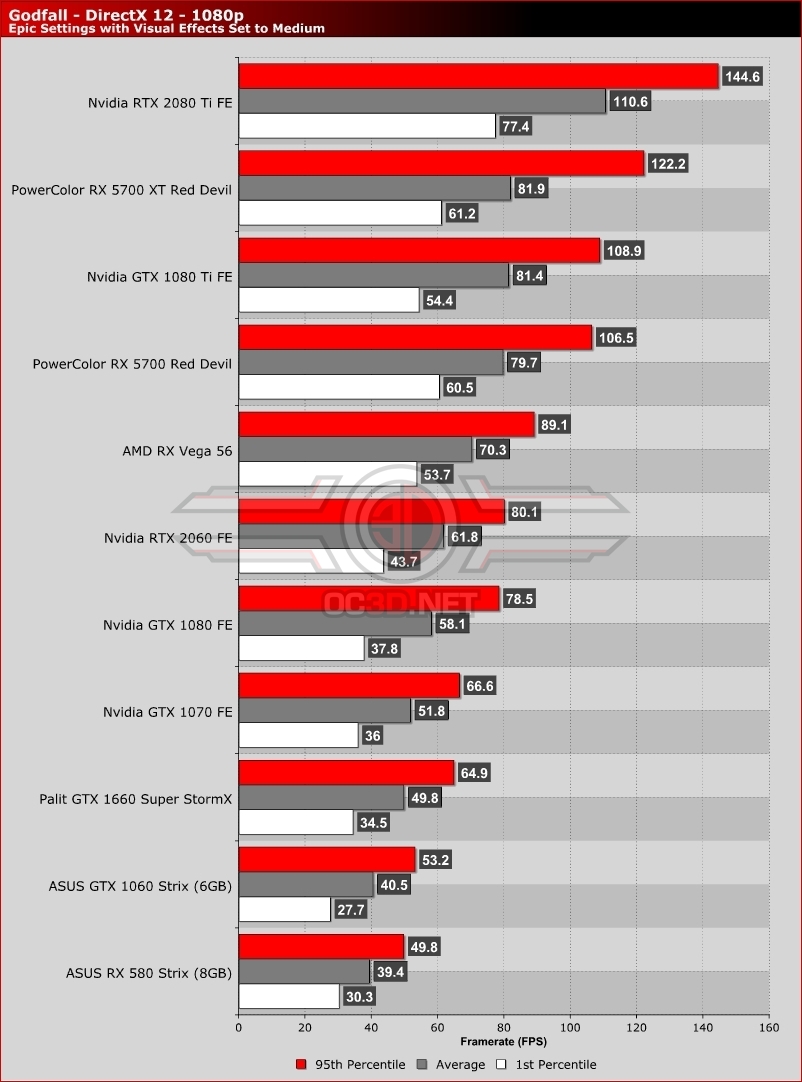