At 1440p, it becomes clearer that Godfall is an AMD-optimised title, which makes sense given the fact that this game was designed with next-generation AMD-powered hardware in mind.

Even AMD's older architectures fall far behind their newer counterparts, with the RX Vega 56 offering gamers almost two times as much performance as their RX 580. The RX Vega 56 is almost able to catch up to Nvidia's GTX 1080 Ti at 1440p. Not bad.

While Nvidia's RTX 2080 Ti sits far ahead of AMD's Radeon RX 5700 XT,  it is clear that Godfall has a strong preference for Radeon GPU architectures. 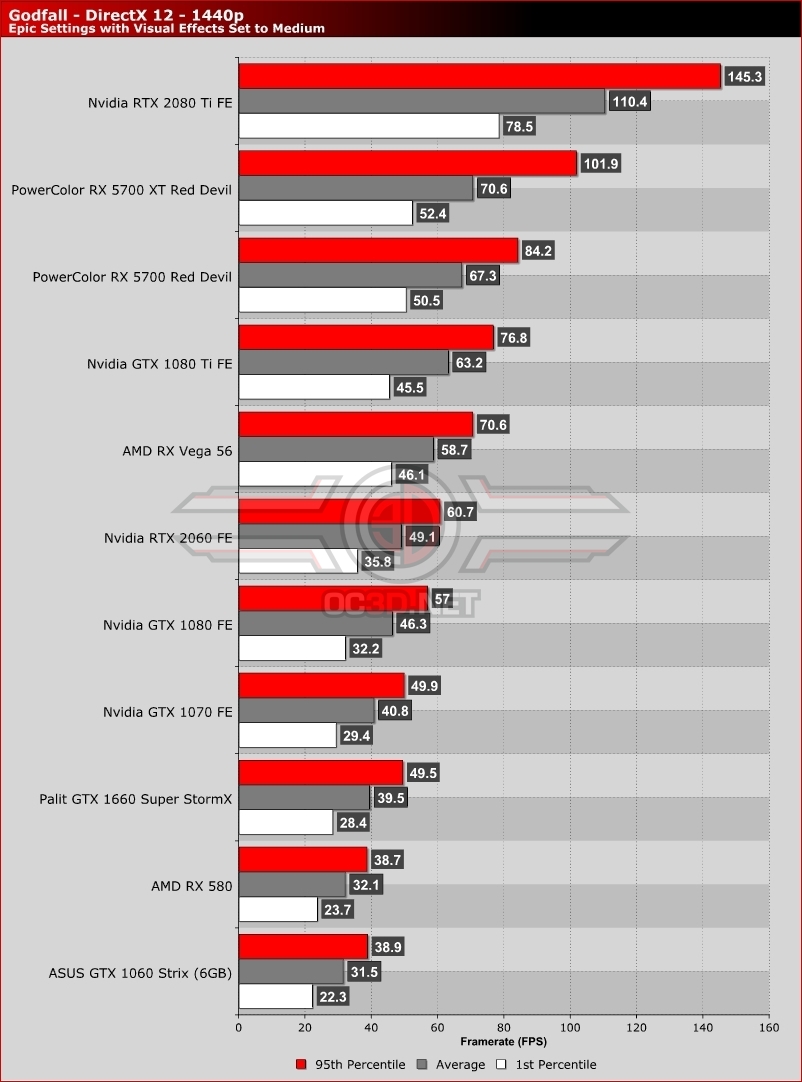