What does it take to run Halo: Combat Evolved Anniversary on PC? Not much. Even AMD's integrated graphics solutions can run the game at around 60FPS.

While none of our tested APUs are able to run the game at 60FPS using 3200MHz memory, they offer solid enough gameplay to deliver an enjoyable experience, especially if you are able to overclock your iGPU. 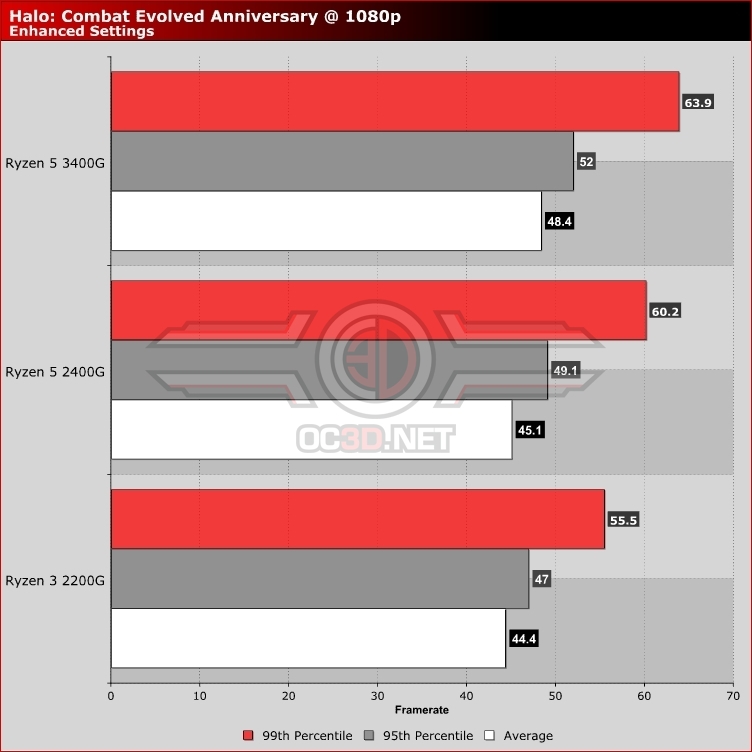 Moving Halo: Combat Evolved Anniversary down to its Original graphics setting (not Classic graphics) will help stabilise the game's framerate, but it won't make the game run at a steady 60FPS framerate without iGPU overclocking.

Either a minor resolution scale drop or an overclock will make Halo: Combat Evolved Anniversary run at a steady 60FPS on a Ryzen APU, making AMD's integrated graphics a decent way to replay Halo. 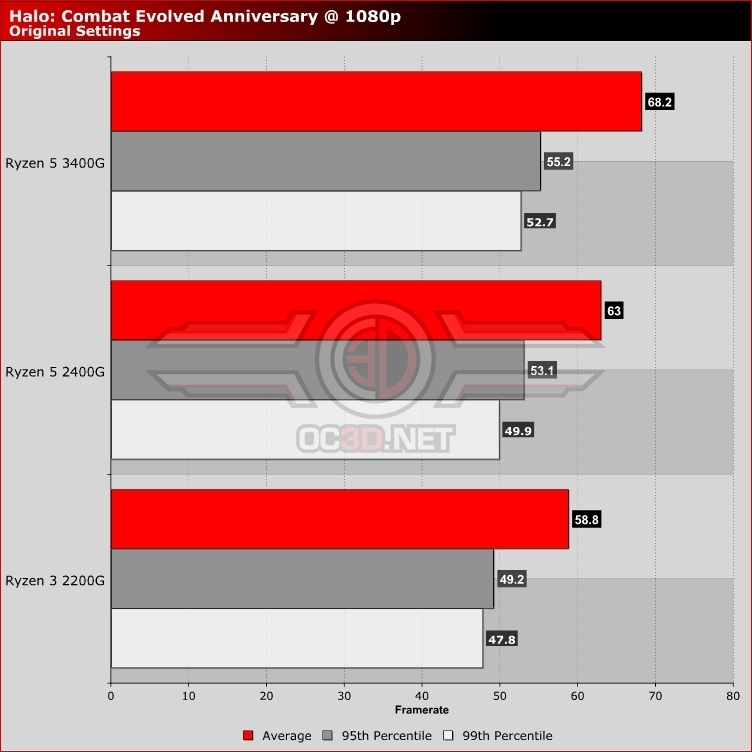 Bringing settings a little lower will result in much more stable performance on PC, but it will come at the cost of lower levels of graphical fidelity. That said, this game isn't exactly cutting-edge to start with, making the downgrades hard to notice. 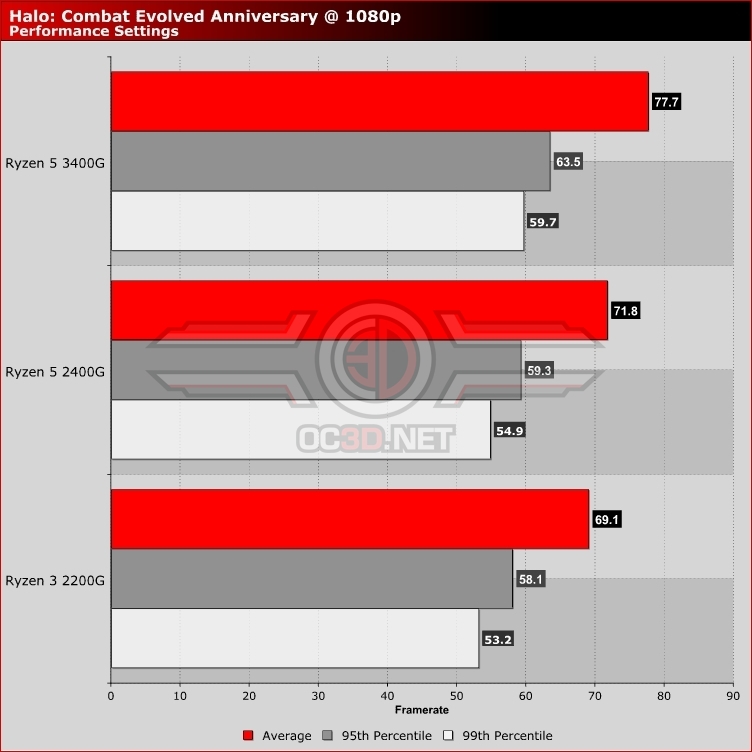 After hitting TAB to bring Halo to its original/classic Xbox graphics will see framerates shoot up to over 200FPS on average, so much so that our three Ryzen APUs deliver almost identical performance levels. 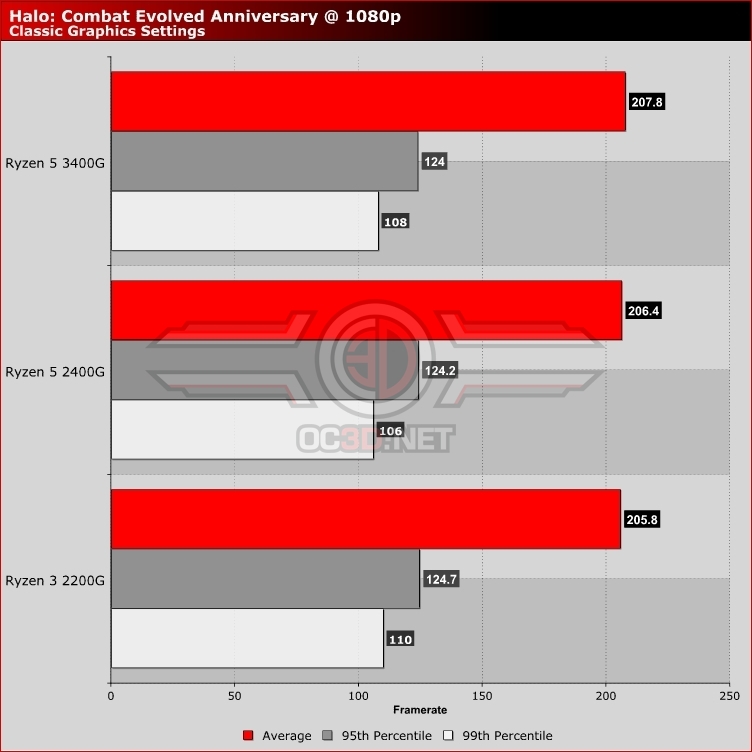