Halo Reach was a 30FPS game on Xbox 360, offering players a resolution that was well below 1080p and with graphical settings that are well below what's possible on the game's newly released PC version. With this in mind, we decided to see how well this game ran on integrated graphics solutions, using AMD's Ryzen series APUs with 3200MHz Corsair Vengenace LED memory.

Our recommendation is to play Halo: Reach on an APU with the game's 60FPS cap enabled. Using these settings, we were able to play full levels of Halo Reach without any noticeable dips in performance. Small overclocks on these APUs should be able to mitigate most, if not all, of our dips below 60FPS.

With our 2400G and 3400G results being so close, it is likely that Halo: Reach's performance is being limited by memory bandwidth, as the 3400G's graphics unit can deliver a larger performance delta in other games. Regardless, Halo: Reach runs well on AMD's Raven Ridge and Picasso series APUs. 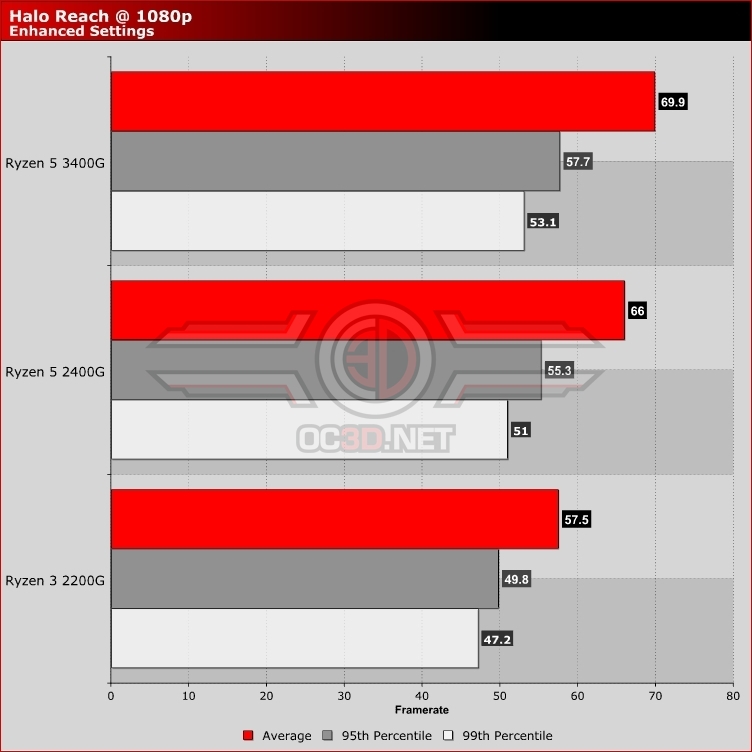 When lowering Halo: Reaches settings, we can see that the Ryzen 5 3400G speeds ahead of the Ryzen 5 2400G, while the 2400G makes smaller gains and the 2200G sees a notable boost in performance. That said, the performance gains over the game's enhanced settings are relatively minor, making the lower framerate and better visuals more appealing to some users. 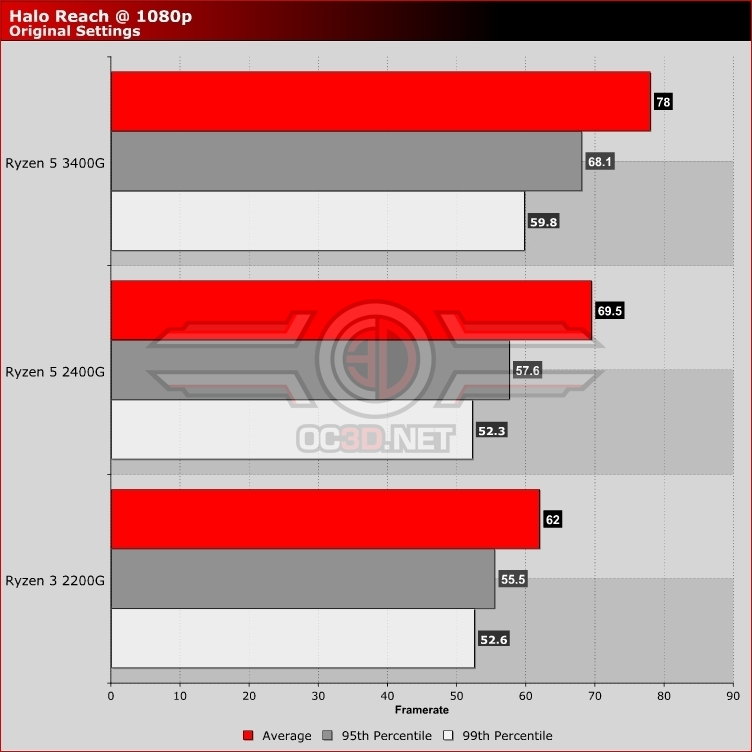