Hitman 2's PC version was hard on CPUs, and Hitman 3 re-architected engine has done a lot to address these issues. Beyond that, CPU hardware had advanced a lot since 2018, making high-end processors more readily available and more affordable than ever before.

When testing the starting area of Hitman 3's Germany mission, we found that Hitman 3's engine preferred high core count processors. Any modern processor with more than four cores could run the game at high framerates in most instances.

While settings like Simulation Quality are designed to lower the game's CPU overhead, we found that this setting did not have much impact on Hitman 3's performance in most instances, though we noticed that Hitman 3's Dartmoor benchmark scene did include less destructible environments when this setting was set to base. Beyond that, this setting reduces the animation rate of distant NPC.

In most areas of Hitman 3, we could keep the game running at 100+ FPS framerates on our Ryzen 9 3950X processor with relative ease when using 6 or more CPU cores. This will be enough to please those with 120Hz+ monitors, especially if their screen features variable refresh rate (VRR) capabilities. 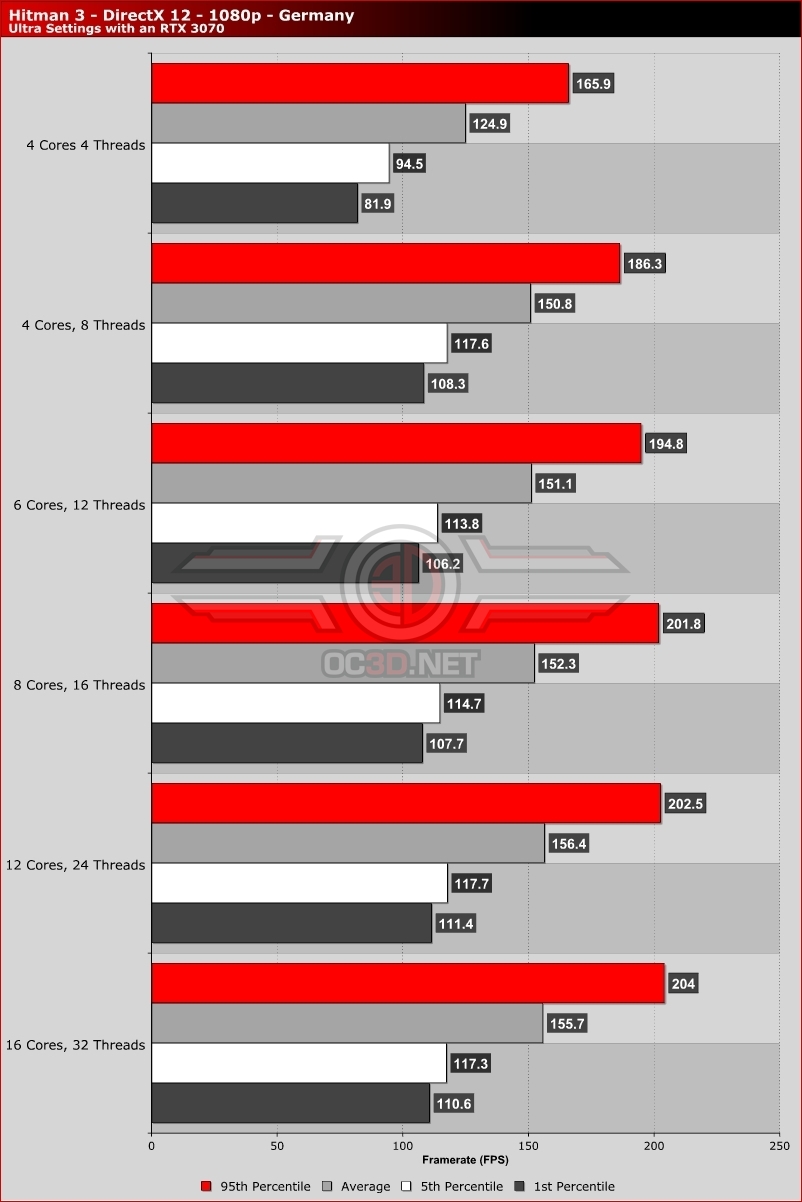 Hitman 3's penultimate mission presents a challenge for our Ryzen 9 3950X processor, so much so that it is worth noting here. Within this mission, looking into the lush Brazilian surroundings of Agent 47's latest assassination venue can result in huge drops in performance. Sub-60 FPS performance can be seen in some cases, and these performance dips do not appear to be related to GPU performance or GPU memory bandwidth. This FPS dip has also been found within Hitman 3's console versions.

This can make Hitman 3's performance incredibly variable within this specific mission, making VRR support a useful add-on to any PC gamers setup. Having more CPU cores will not make this performance issue go away, and at this time it is unknown whether or not IO Interactive is working to optimise this area of the game on PC and consoles. These large performance dips are very scene-specific and do not harm our overall outlook on the game. That said, we felt that this issue was worth mentioning.

It is also worth mentioning that setting Hitman 3's Simulation Quality setting to Base does not help enhance Mendoza's performance, confirming that these performance dips are not related to the game's simulation quality. 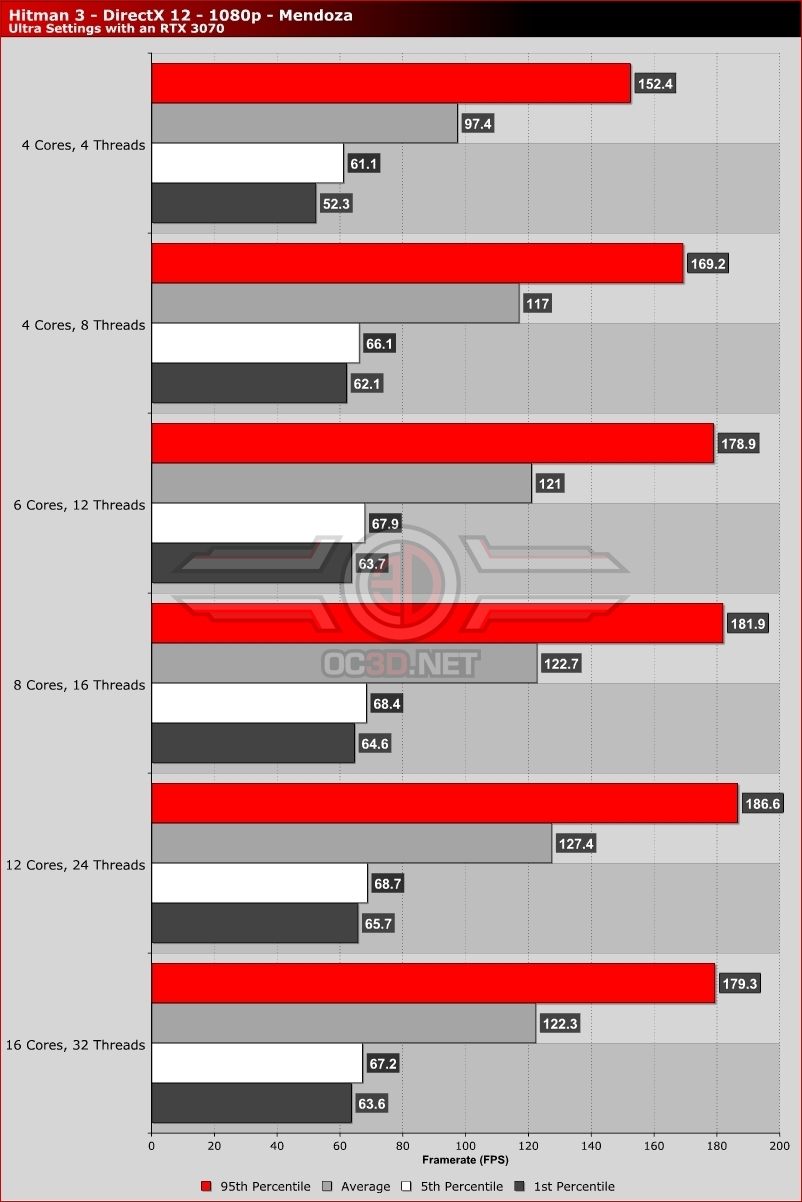 Greenback
It's already been cracked, which is quick for a modern game these daysQuote
Reply