Kingdom Come's graphical options menu leaves a lot to be desired, lacking options to remove v-sync or to remove the game's 60FPS cap. While both of these options can be changed using config file adjustments, it is nonetheless preferable to have these as in-game options.

One other thing to note is that while gamers can adjust the game's graphical settings in-game, a reboot of the title is required for certain graphical options to change. This will force users to exit and re-enter the title, loading a new save file will not suffice.

FOV-wise, Kingdom Come offers a stock field of view of 65 degrees, with the title offering options of between 60 and 75 degrees depending on the player's preference. This variance is pretty low when compared to other games, though they are adjustable to different values using user.cfg changes. 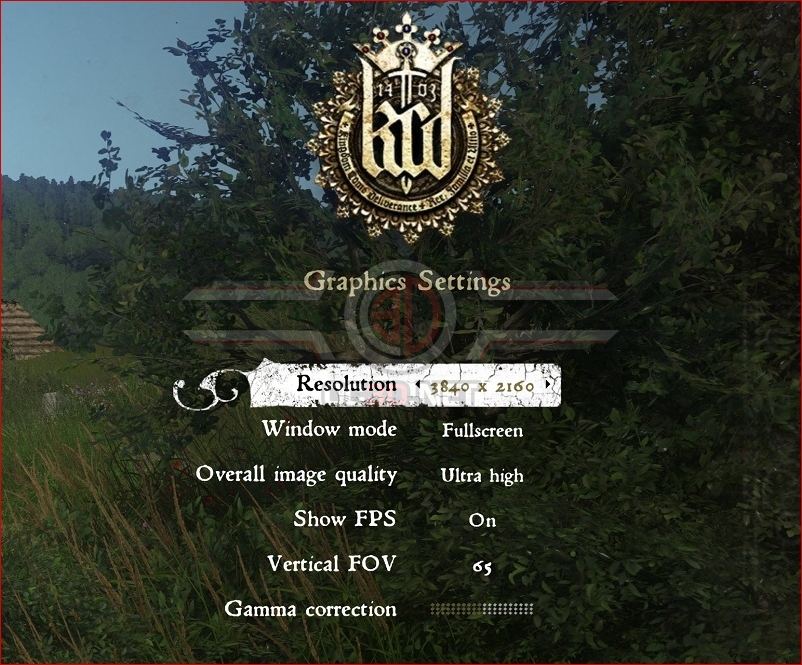 At all graphical settings within Kingdom Come, Object Motion Blur is in use and even when using the game's lowest presets not all settings are at their lowest, providing an extra avenue to lower the game's graphical settings if necessary. The converse is also true, with the game's Ultra High preset failing to take the game's sliders to the max, though you will see why things aren't cranked this high soon enough.

Additional graphical options are available if users want to adjust game files, though it is understandable why many PC gamers would like to avoid such advanced measures. 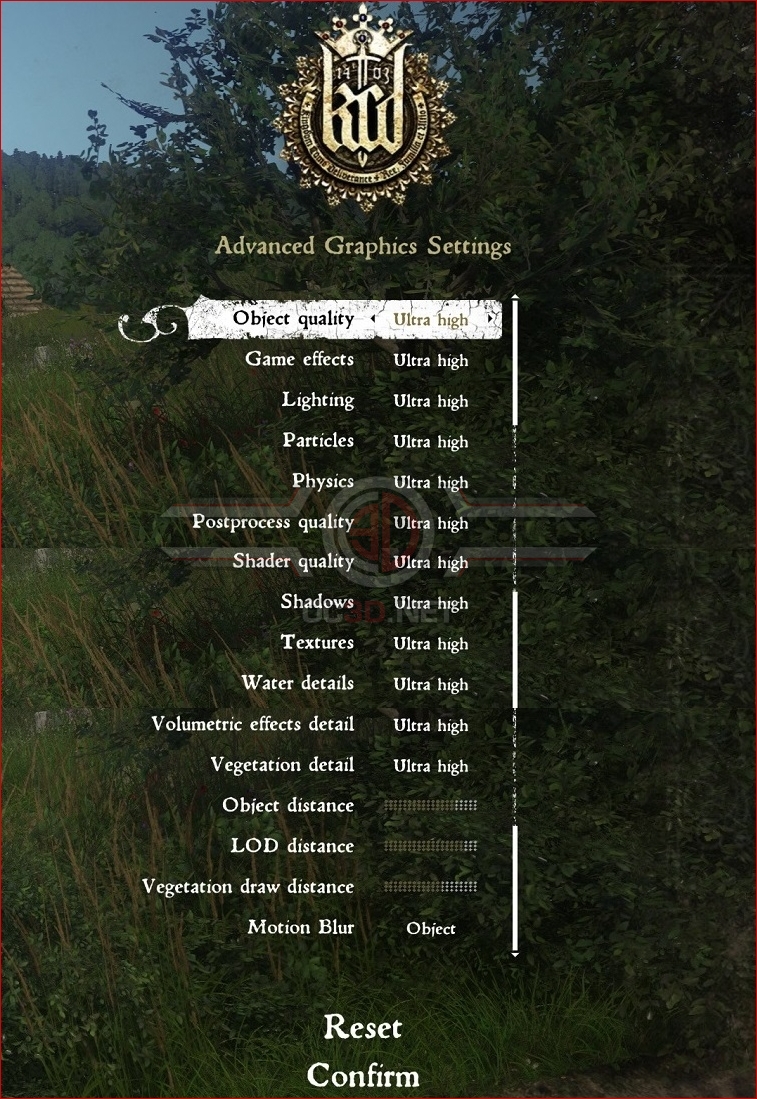