We will start off our benchmark comparison with Nvidia's GTX 960 and AMD's R9 380 GPUs, mid-range GPUs from previous hardware generations. These graphics cards continue to be used in great numbers, especially given the high pricing of modern GPUs, making them an important comparison in today's GPU market.

Both of these cards offer a 2GB frame buffer, which can cause some stuttering when loading some scenes at high settings, which combined with the generally low framerate outside of the initial loading of assets makes 1080p high-settings a no go. 1080p Low and Medium settings do not exhibit the same stutter problems when entering new areas, with low settings providing a relatively stable framerate for both graphics cards.

For out benchmarking scene we chose a demanding area of Rattay, running through the city as much as possible to increase the amount of asset streaming that takes place. This scene is a demanding benchmark area, though it does not offer the lowest performance that the game has to offer. In our eyes, this area accurately simulates the loads the gamers will experience fequently when playing in built-up city areas.

We can see here that AMD's GPU offering offers a huge performance advantage over its Nvidia counterpart, offering a stable 60+ FPS framerate in this area of the game. 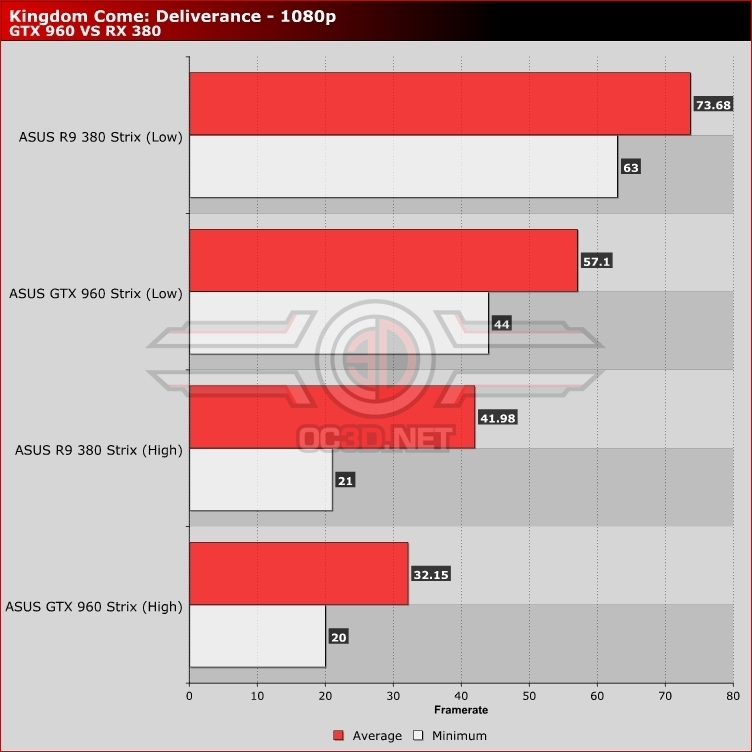