Kingdom Hearts arrives on PC - Is it the best version of the game?

Kingdom Hearts arrives on PC - Is it the best version of the game?

Thanks to a partnership between Square Enix and the Epic Games Store, the Kingdom Hearts series has finally arrived on PC, giving more gamers access to the classic JRPG series that blends together Final Fantasy-style gameplay with Disney's IP.

Today we will be looking at Kingdom Hearts 3, the latest numbered entry in the series, which launched originally on Xbox One and PlayStation 4 in early 2019. Being an Unreal Engine 4 title, the game was a prime candidate for a full-on PC conversion, allowing the game to surpass the limits of the game's original console versions with more powerful PC hardware.

The PS4 and Xbox One version of Kingdom Hearts 3 run with an unlocked framerate, allowing the game to operate anywhere between 30 FPS and 60 FPS depending on the hardware demands of each area of the game. This gives the game an unstable framerate, though a lacked 30 FPS mode is also available for those who wish to use it.

Kingdom Hearts 3's PC version the potential to be the best way to play the game, surpassing the game's console release's limitations to deliver gamers a sharper, smoother gameplay experience. That's what this Port Report is all about.

As part of this analysis, we will be looking at the PC version of Kingdom Hearts 3, looking at how the game runs on various CPU/GPU configurations and what settings PC gamers should tweak to increase their framerate while inducing a minimal loss in graphical/visual quality. 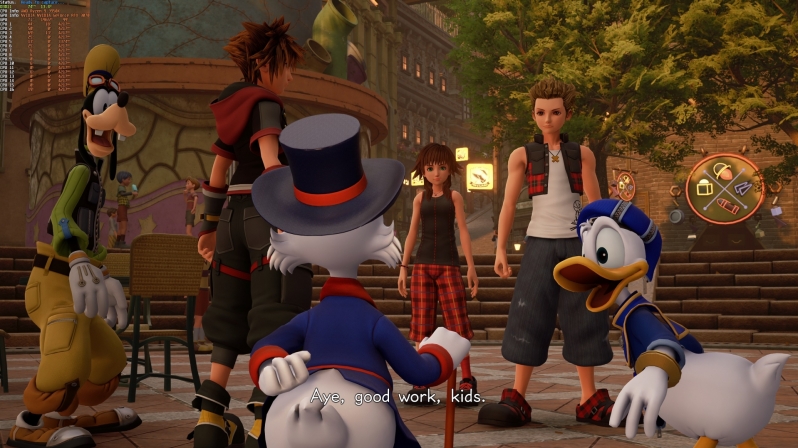 Contents (Click links to go directly to each page)

- CPU Performance - Is your CPU good enough for Kingdom Hearts 3? 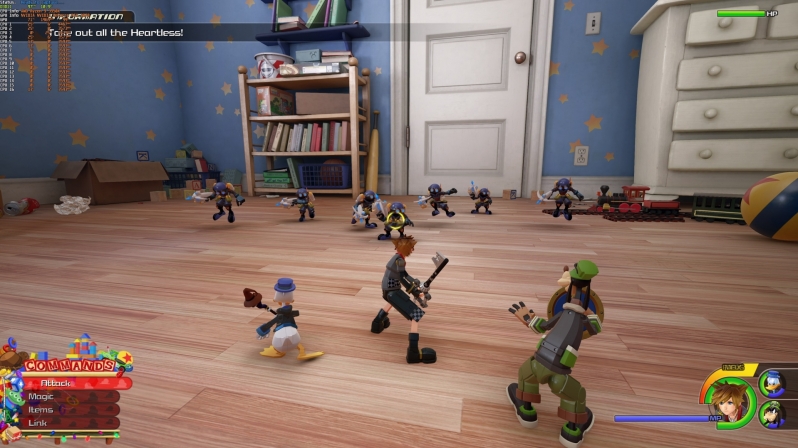 With Kingdom Heart's 3's PC version, we will be using our new Games and Graphics Card test system, which is powered by AMD's Ryzen 9 3950X processor and PCIe 4.0 storage. More information about this system is available here, where we have detailed why we have moved to Ryzen for our GPU and games testing. CPU & Motherboard - AMD Ryzen 9 3950X and ASUS ROG Crosshair VII FormulaThere is a lot to consider when building a new games testing system. Will this system stand up to the test of time. Does this system contain the features that new games will require, and are we choosing the right CPU platform for the job? With the next-generation of consoles coming with Zen 2 processors and support for PCIe 4.0 storage, it was logical to choose a Ryzen-based test platform. Intel's current offerings do not offer PCIe 4.0 support, and we cannot build a new test system knowing that it will be outdated as soon as games start to utilise faster storage mediums. With ASUS' ROG X570 Crosshair VII Formula, we know that we have a motherboard that has capable VRMs to withstand the punishments that a hardware test system must face. With X570, we also know that we can upgrade to Zen 3/Ryzen 4000 should we ever need to.