For Kingdom Hearts 3 players who enjoy using gamepads, this means that they will have to keep their keyboards within reach to access Kingdom Hearts 3's graphical options menu. This menu cannot be accessed using a controller, making it very user-unfriendly.

Some PC gamers will not notice that they need to hit escape to access Kingdom Hearts 3's PC options menu, which will result in a lot of annoyance for some players. It took us a while to find this option, as we first tried to find Kingdon Hearts' graphics options within the game's "Config" option. Why Square Enix couldn't add these options as a normal menu is unclear to us, as their current solution makes Kingdom Hearts 3's user interface, unlike almost any other PC game. 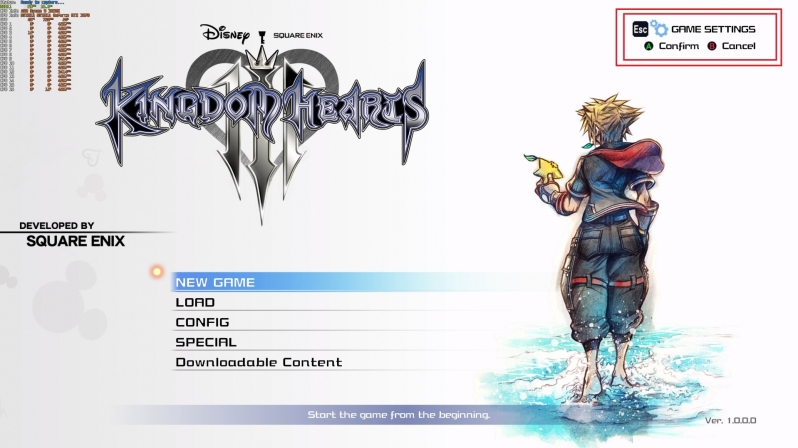 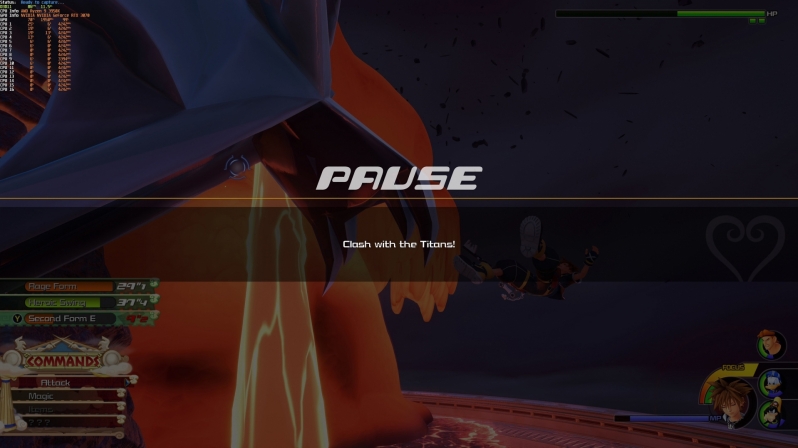 One of the joys of PC gaming is the graphical options that developers provide for us, allowing the PC versions of games to run at higher resolutions than their console counterparts, higher framerates, and with higher-end graphics settings.

Sadly, the PC version of Kingdom Hearts 3 is somewhat limited, lacking support for ultra-widescreen displays (pillarboxing the game to a 16:9 aspect ratio) and dedicated FOV options. This is a clear sign of a console-to-PC conversion, as Kingdom Hearts 3 was clearly not designed with these options in mind.

Thankfully, PC gamers can play Kingdom Hearts 3 with an unlocked framerate, though framerate caps of 30 FPS, 60 FPS, and 120 FPS are available. The game also features Protanopia, Deuteranopia, and Tritanopia colourblind modes and support for HDR. 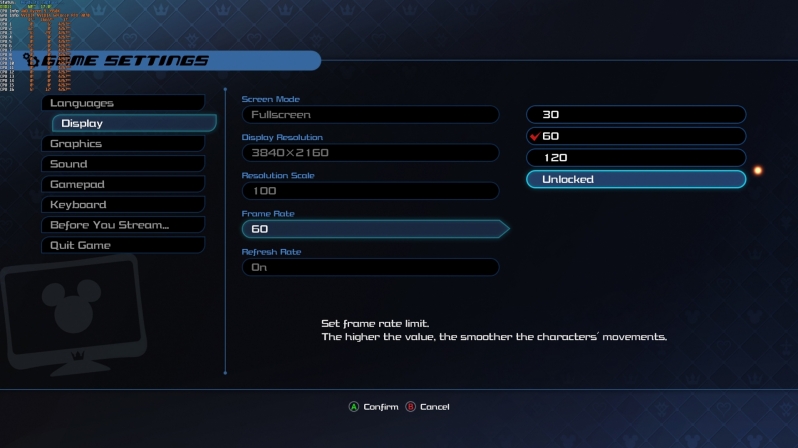 By default, Kingdom Hearts 3 features four graphical presets, Low, Medium, High, and Max, though custom settings are possible within the game. PC gamers can utilise higher settings than the game's console versions, allowing for longer draw distances, higher resolution shadows, and the addition of Motion Blur should players desire it.

On Page 5 of this analysis, we will detail a graphical options that PC gamers should not max out, as it results in a lot of performance inconsistency within some areas of Kingdom Hearts 3. For this reason, we recommend using custom settings instead of the game's maximum preset. 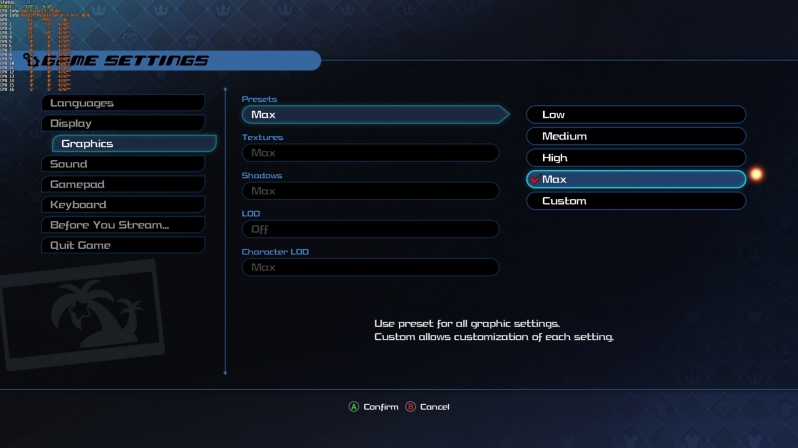 How we benchmarked Kingdom Hearts 3

To benchmark Kingdom Hearts 3, we tested the scene below, which is part of the game's "Kingdom of Corona" area. This is the 3rd major world within Kingdom hearts 3, and we found this area after six hours of gameplay.