At OC3D, we make an effort to test games properly. Unlike many other websites, we don't just test the game's first level, benchmark it and call it a day. That's not our style, and we feel that anyone who acts in this ways and calls their work a "Performance Analysis" is selling you short.

There are many lessons to learn about the performance profile of specific games, and many of those lessons take time. This is especially true for optimisation tips, as the downfalls of some options are often hidden outside of specific levels. This was true for Crash Bandicoot 4: It's About Time (see here), and the same is true for Kingdom Hearts. 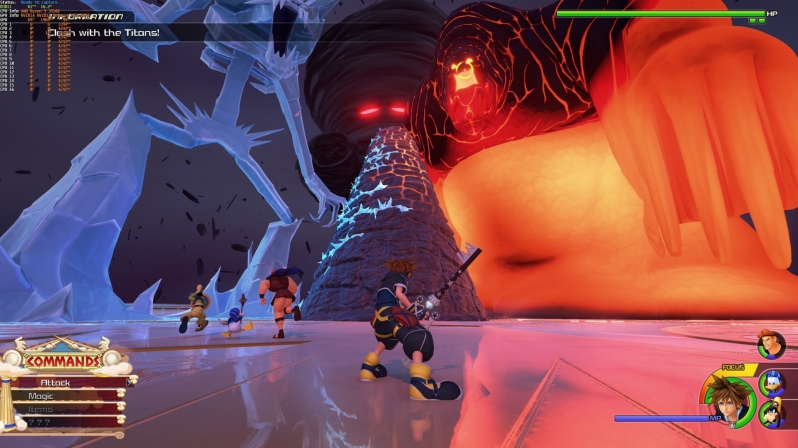 Within the first 45 seconds of the fight, we found that lowering the game's Volumetric Clouds setting from High to Medium resulted in a 41% increase in the game's average framerate with no noticeable drop in image quality. This change was enough to allow us to finish the fight without a single drop below 60 FPS at 4K using our RTX 3070 graphics card.

If there is one optimisation tip that we can give PC gamers, it's that they shouldn't max out Kingdom Hearts 3's Volumetric Cloud setting. 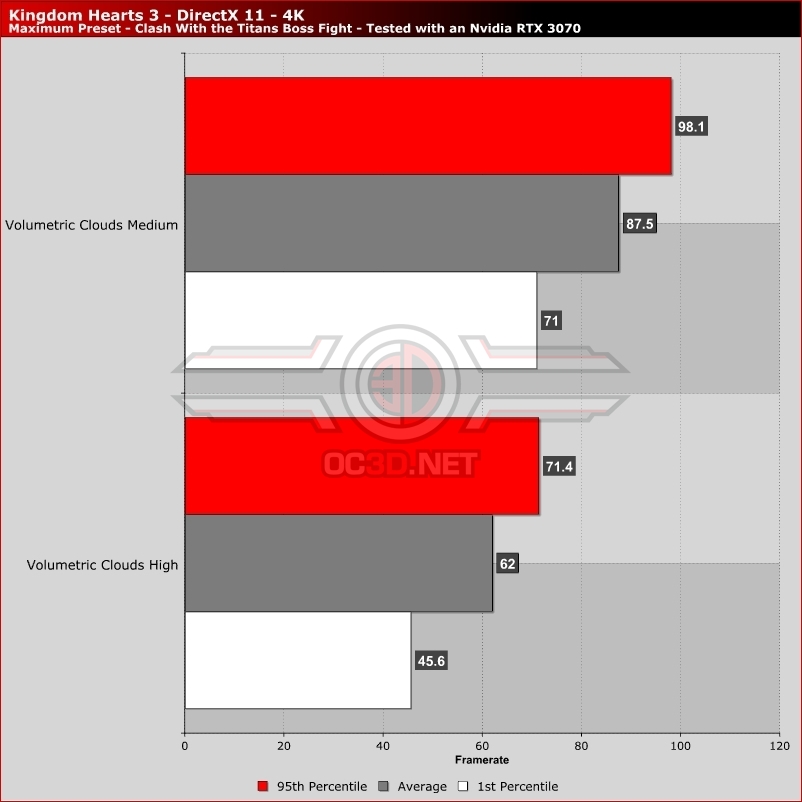