Kingdom Hearts 3 plays best on PC, assuming that you have strong enough hardware to achieve a solid framerate. This game is a doddle to run CPU-wise, easily enabling 100+ FPS framerates in most areas if you are using a solid quad-core processor. That said, this game will be CPU-limited if you are using high-end GPUs at lower resolutions.

Like the console version of Kingdom Hearts 3, the game's new PC version's framerates are incredibly variable. The game looks great, but the game's performance variance can make specific framerate locks challenging. If nothing else, Kingdom Hearts 3 sells the benefits of Variable Refresh Rate monitors and TVs, as this game benefits a lot from FreeSync, G-Sync and HDMI VRR compatible displays. 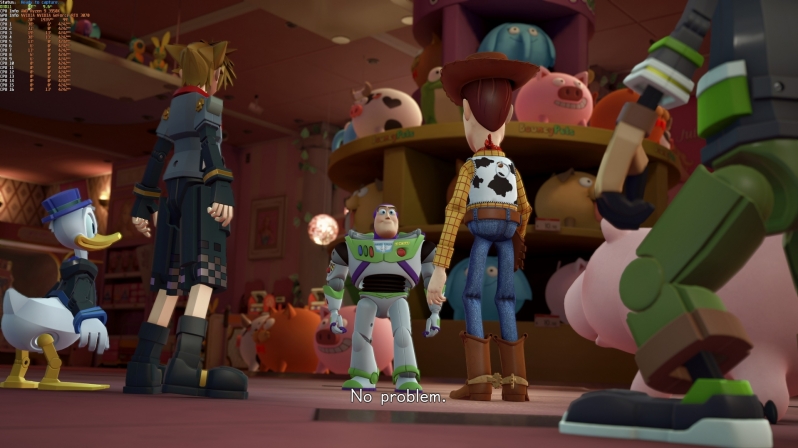 Kingdom Hearts 3 clearly seems to prefer Geforce graphics cards on the lower end of the GPU market. Nvidia's GTX 1060 handily outperforms AMD's RX 480 and RX 5500 XT. That said, things seem to even out for both GPU manufacturers when looking at more modern, higher-end graphics cards.

For 1080p 60 FPS gameplay at mostly maxed out settings, graphics cards like Nvidia's GTX 1660 Super and AMD's RX Vega 56 are ideal. That said, lower-end cards like AMD's RX 480 and Nvidia's GTX 1060 6GB can offer a great experience if you have a VRR monitor or are happy to run the game with some lowered quality settings.

Those who target resolutions of 1440p will see GPUs like Nvidia's RTX 2060 and AMD's RX 5700 as ideal options. Variable Refresh Rate monitors will allow PC gamers to benefit from Kingdom Hearts 3's higher performance areas, such as the game's Toy Story missions, which are significantly less demanding than the game's more normal areas.

At 4K, graphics cards like AMD's RX 6800 and Nvidia's RTX 3070 are ideal. With Medium Volumetric Clouds, Kingdom Hearts 3 will run at 60+ FPS framerates at almost all times. In many cases, the game will play in the 80-90 FPS range. If you need a game to justify that high refresh rate 4K TV or monitor purchase, Kingdom Hearts 3 may be it!

Like many PC games, some scenes are performance outliers, placing harsher demands on PCs than most other areas. On page 5, we detailed a scene where our RTX 3070 could see its framerate dip into the 40 FPS range at 4K, which was crazy given the GPU's normal 60-100FPS performance range.

This scene saw its performance dip because Kingdom Heart's 3's Volumetric Clouds setting was too high. Lowering a single setting boosted our average framerate by 41% in this scene. Better still, lowering this setting did not lower Kingdom Heart's 3's graphs quality by a noticeable degree.

Long story short, set Volumetric Clouds to Medium in this game, as that will make Kingdom Hearts 3's performance a lot more consistent across some demanding areas of the game. 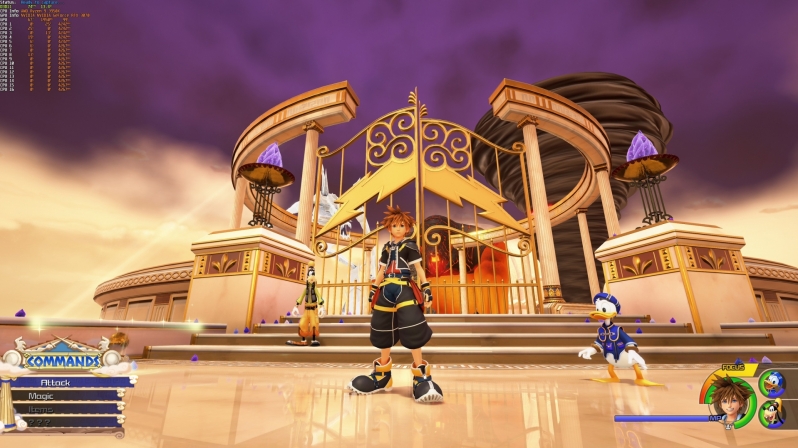 A solid port, but not perfect

Kingdom Hearts 3's PC version is a joy to play. With the right hardware, it has the potential to surpass the game's console versions in terms of resolution, visual quality and framerate, and there is little about the game that is worth complaining about.

While users of ultrawide monitors may be unhappy with Square Enix's decision to restrict the game to 16:9, it is worth remembering that this game was not designed for PC. We are lucky to be receiving this port at all, but it would be nice to see features like that patched into the PC version. With such a high launch price on the Epic Games Store, we would like to see that feature added to Kingdom Hearts 3.

Overall, Kingdom Hearts 3's PC version is a solid port, making it the best version of the game for those with strong enough PCs. Even 4K 60+ FPS framerates are fairly achievable, assuming that you can actually buy a strong enough GPU.

You can join the discussion on Kingdom Hearts 3's PC version on the OC3D Forums.