4A Games have done a great job designing Metro Exodus' default graphics quality options, getting the balance right between performance and graphical fidelity. With the image sliders below we can see exactly how each setting improves Metro Exodus' visuals, but we can also see that the game look pretty good on the title's lowest settings.

Looking at 4A's low preset we can see that the Metro Exodus looks a lot blurrier than Medium, a change that is visible even in the small sider below, especially when looking at Artyom's assortment of dials and timers. 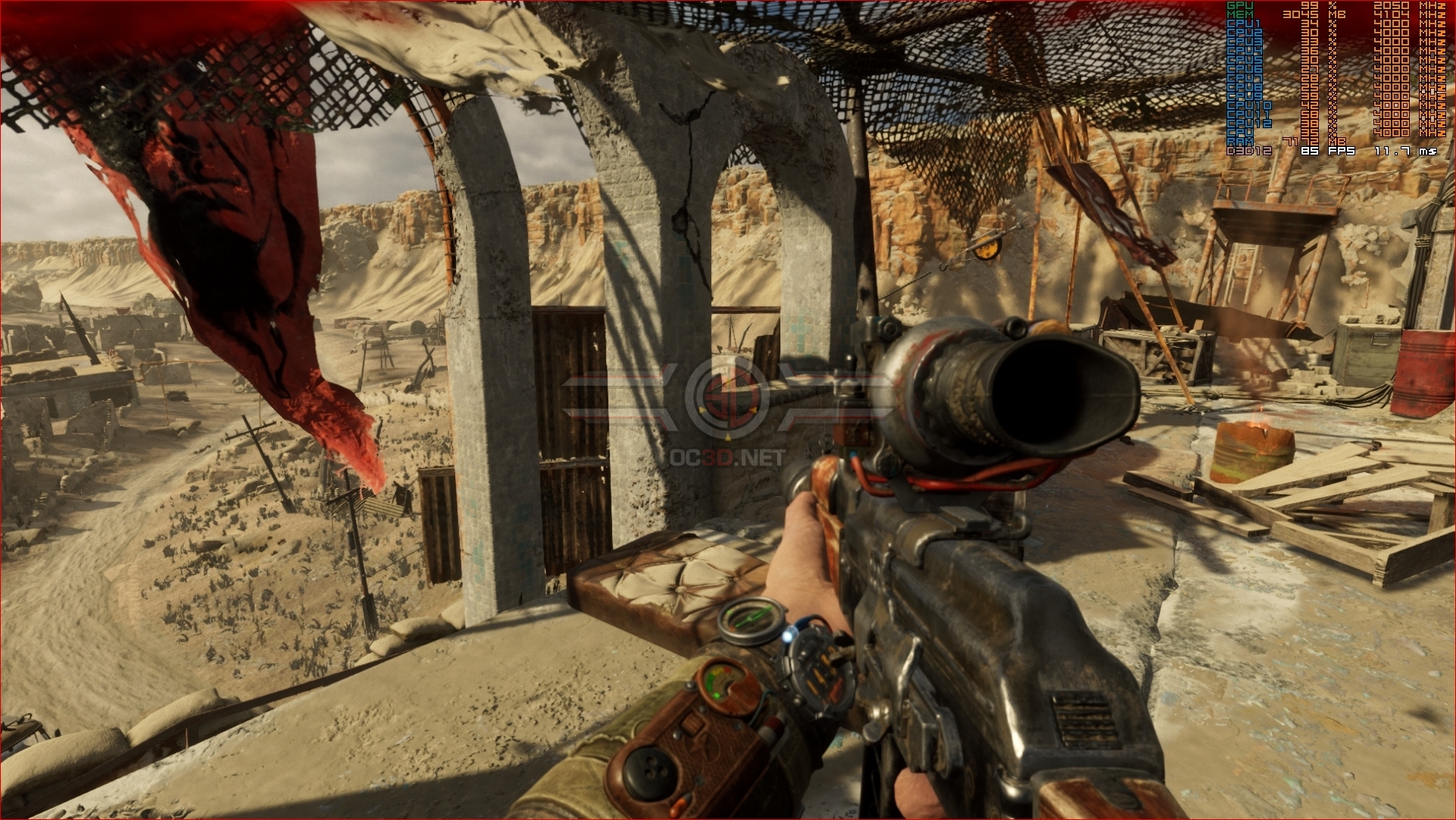 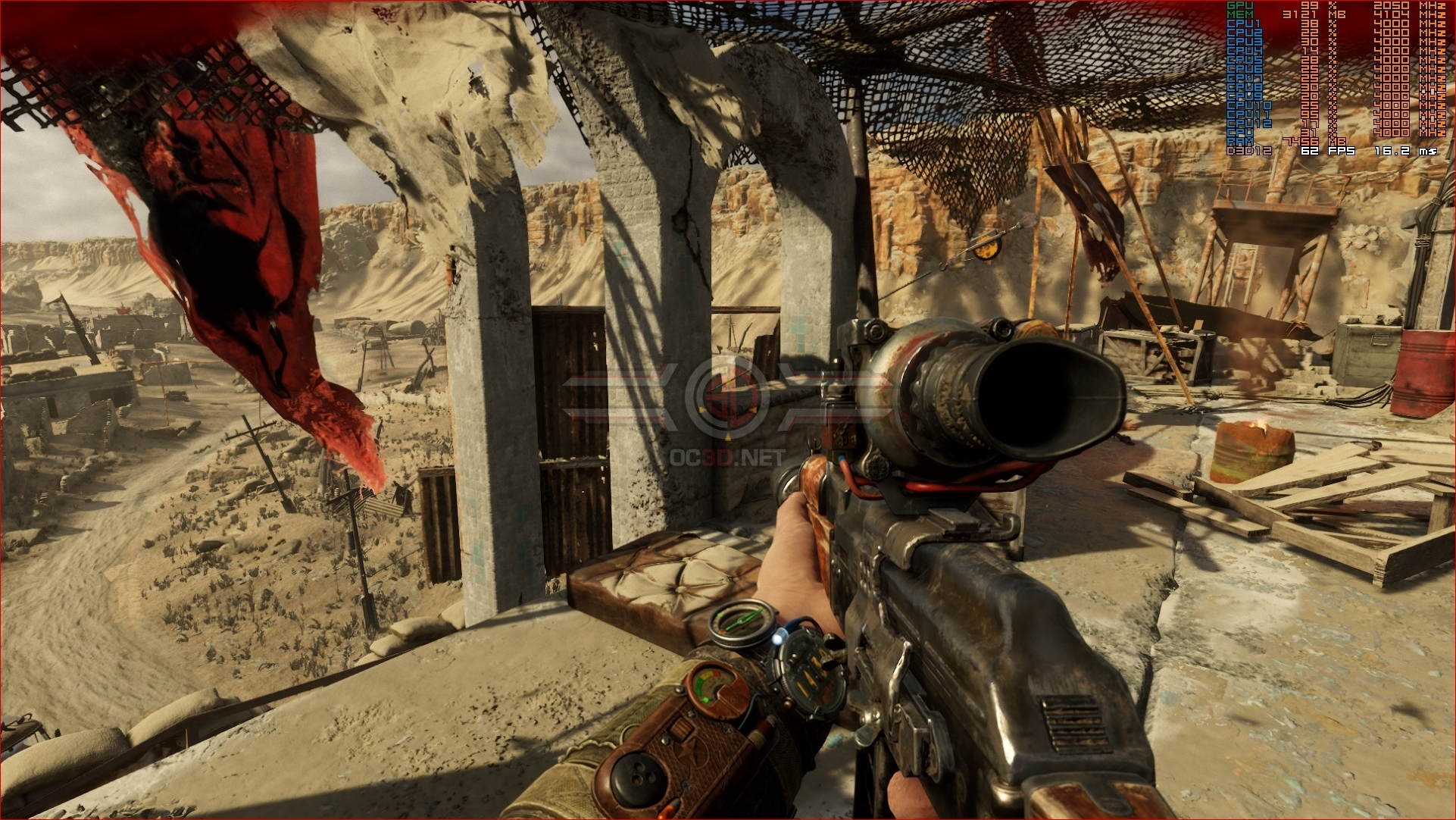 For this next slider, we decided to add some tessellation to the game, a feature which sits outside the game's standard quality options. This feature improves several areas of the game by adding more perceived geometry to several in-game assets.

The biggest changes in this scene are to the blocks on the left, the mattress at the centre of the image and some of the terrain. The same changes can be seen on train tracks and on many other assets. The difference is subtle but noteworthy. 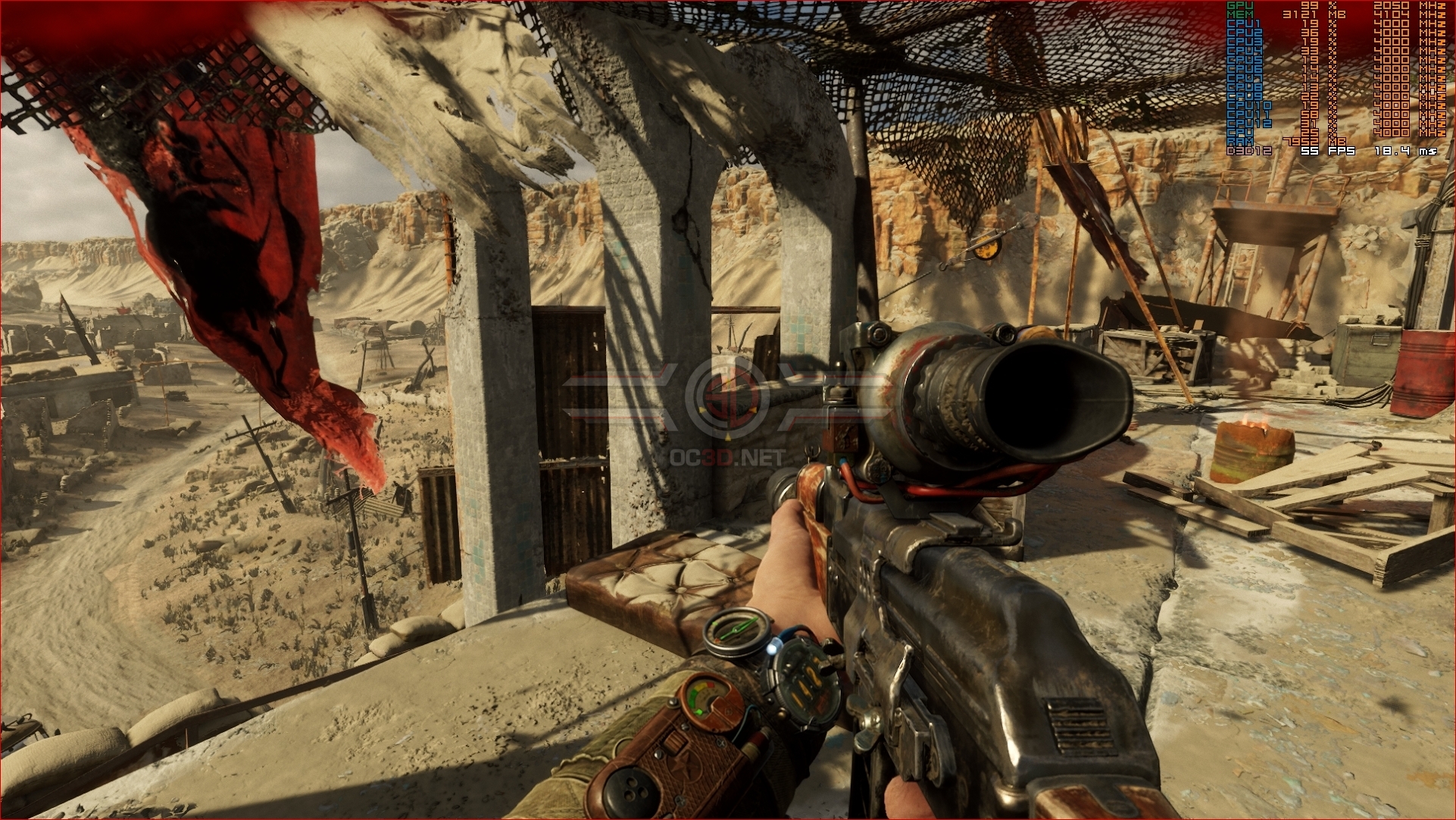 At high settings, one of the big changes that aren't covered in this screenshot is the addition of screen space reflections (SSR), which is visible on the game's lakes and other watery areas.

Outside of SSR, we can also see that shadows are a lot sharper, cutting down on some shadow aliasing in certain areas of the game. This aliasing is hard to notice at 1080p but can become more visible at higher resolutions. 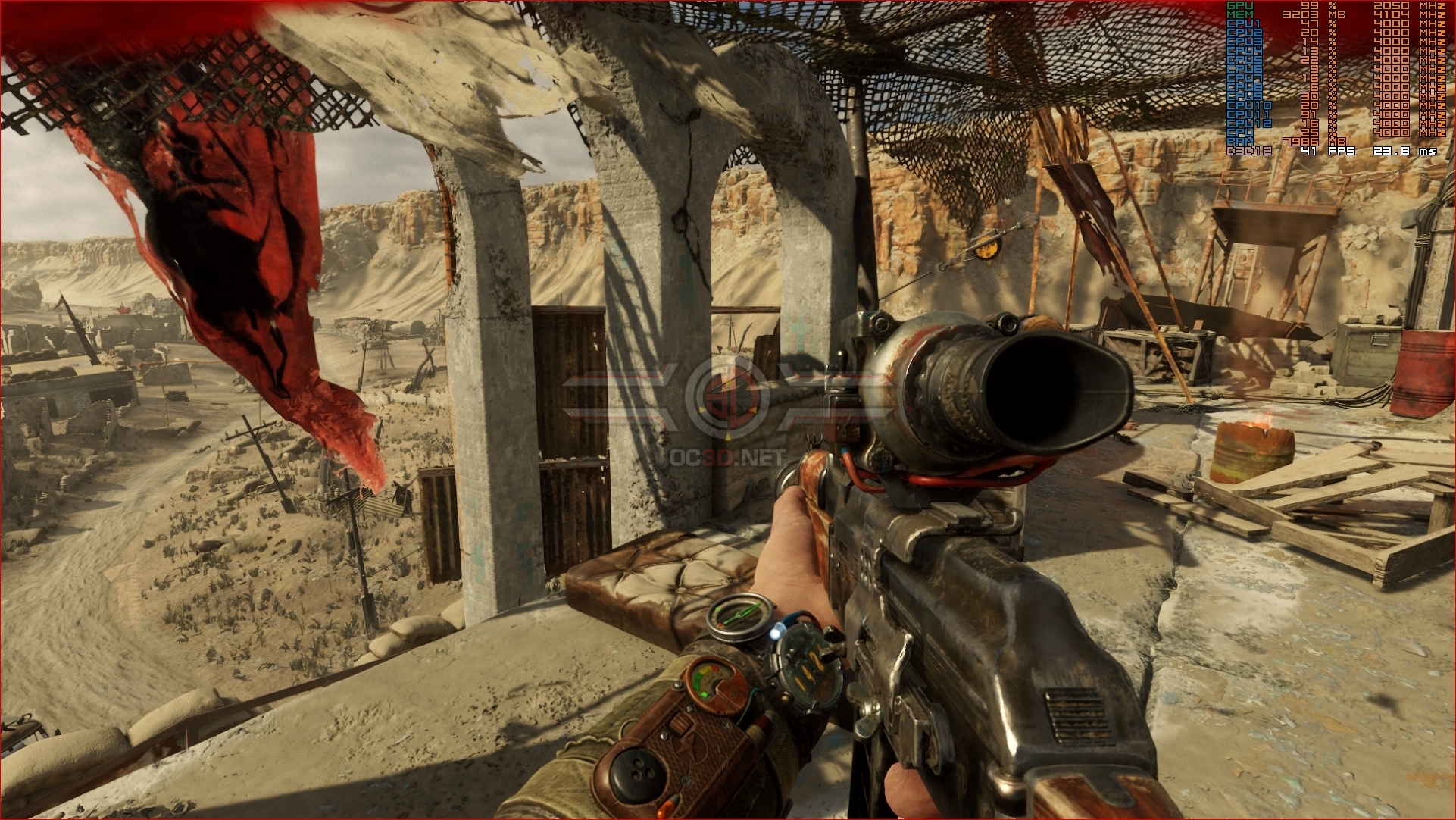 At Ultra settings we can see that shadows become even sharper and that shadows are cast further into the distance, something which is extremely noticeable on the shrubbery in the ground in the medium distance. 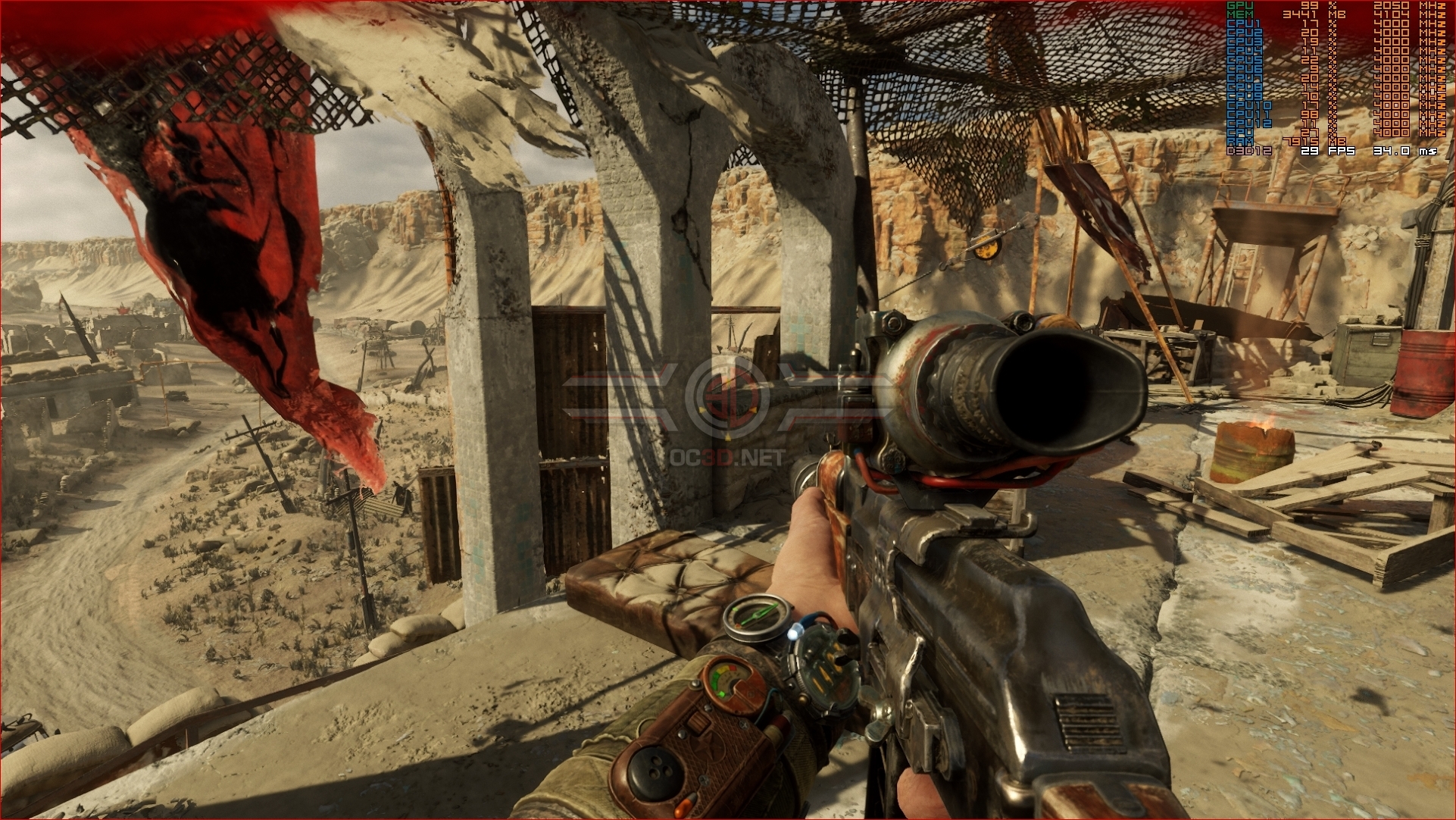 With Metro's Extreme settings we can see that draw distances are increased for some in-game assets and that shadows take another leap in sharpness, making the game look crisper than ever before. The problem with these settings is their high hardware demands, which push the GTX 1060 we used to well below 30FPS. 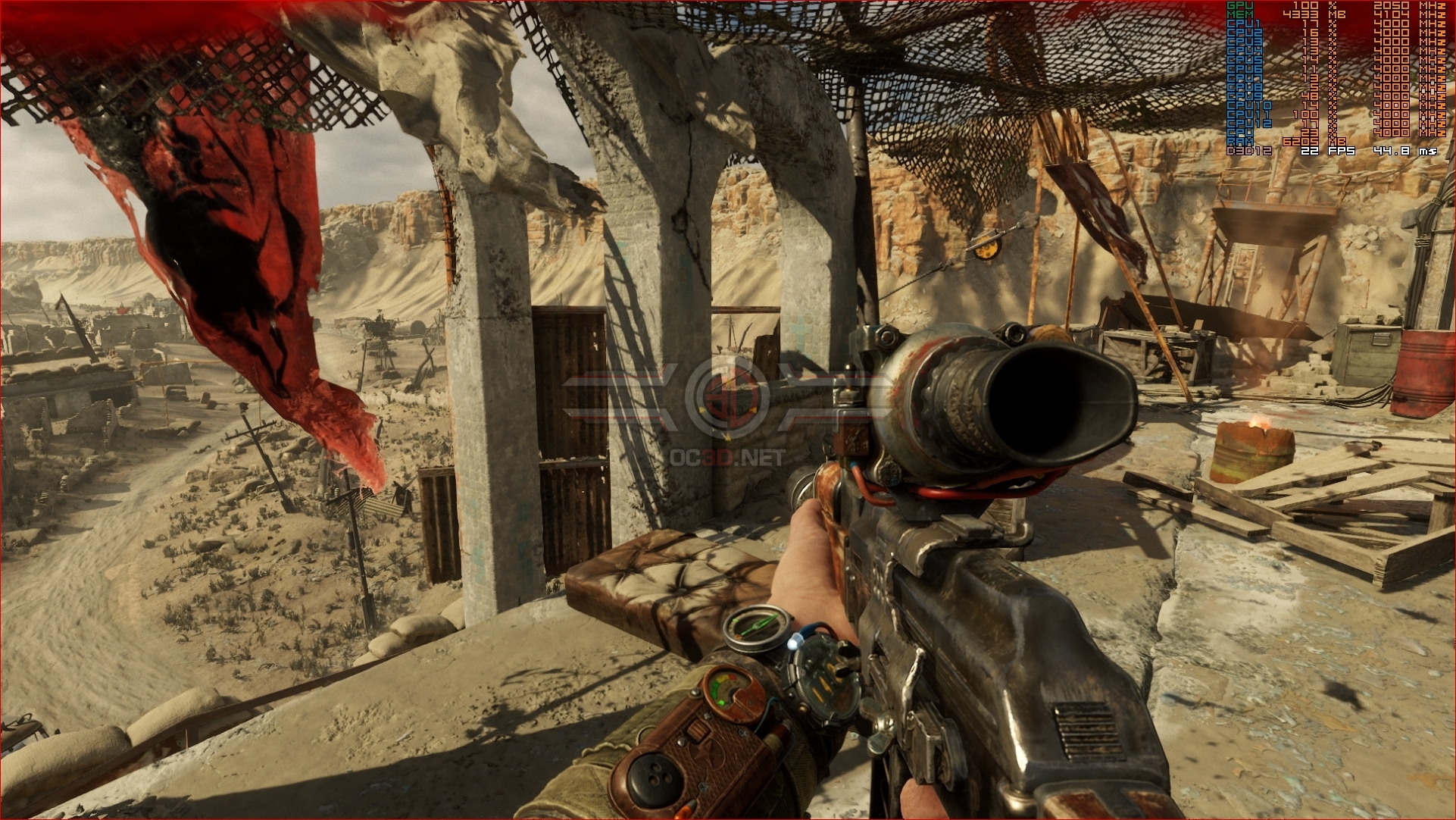