RTX On VS RTX Off - The Impact of Ray Traced Global Illumination - Wow!

RTX On VS RTX Off - The Impact of Ray Traced Global Illumination - Wow!

And now for the meaty bit, RTX on VS RTX off! Will real-time ray-tracing have a noticeable impact on Metro's visuals? Will it look better than Battlefield V's Ray Traced Reflections?

The short answer to this question is yes, as while Battlefield V's fancy reflections are beautiful, they do not have a profound impact on the game or its atmosphere. In Metro Exodus, things are different. The use of RTX Ray Tracing in this game is a BIG DEAL! In an atmospheric game like Metro changes in lighting can have a huge impact, adding extra mood to dialogue-driven scenes or extra suspense as Artyom creeps up behind an enemy combatant.

Below is one such example, where players can meet and chat with to of the Aurora's inhabitants, with the addition of ray-traced global illumination fundamentally changing how the scene is lit, making it both more accurate and visually appealing. 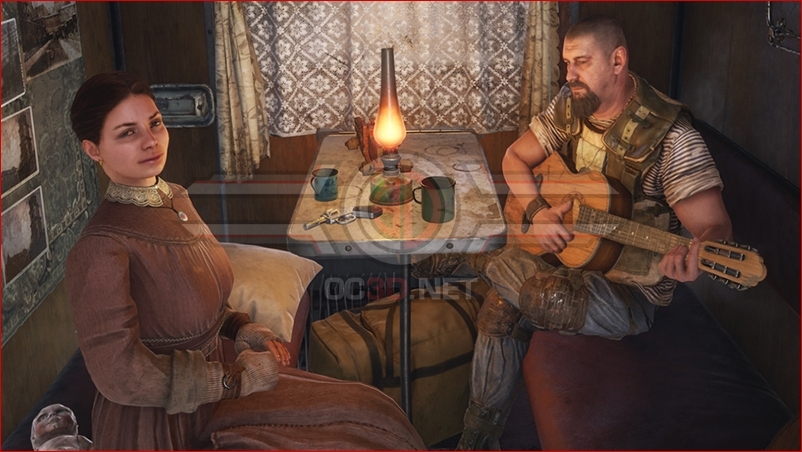 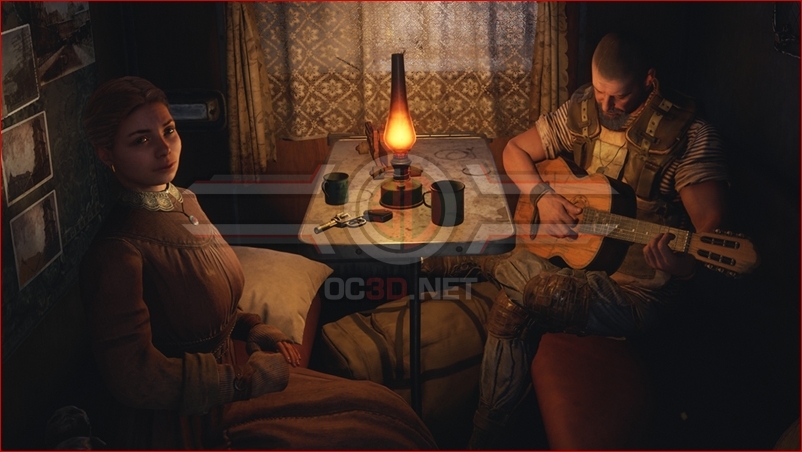 In this second scene, the extra shadow case by the railcar adds to the creepy mood that this section of the game offers, making players feel more on edge about the oddness of their situation. The masked soldiers look much more menacing when covered in shadow, adding even more tension to the scene. 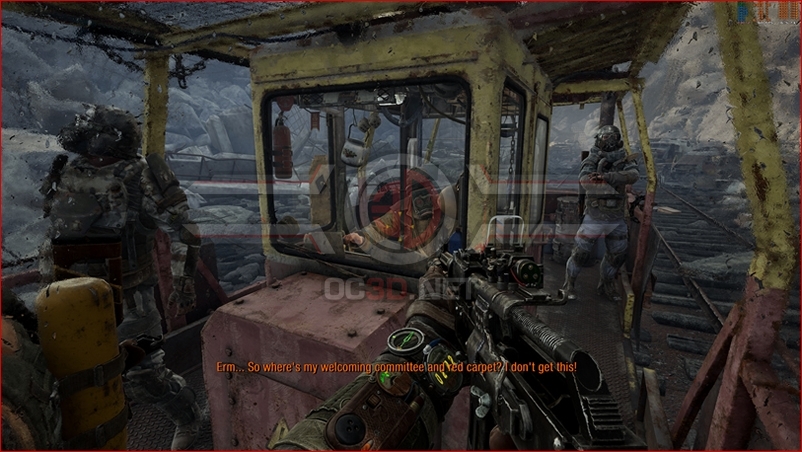 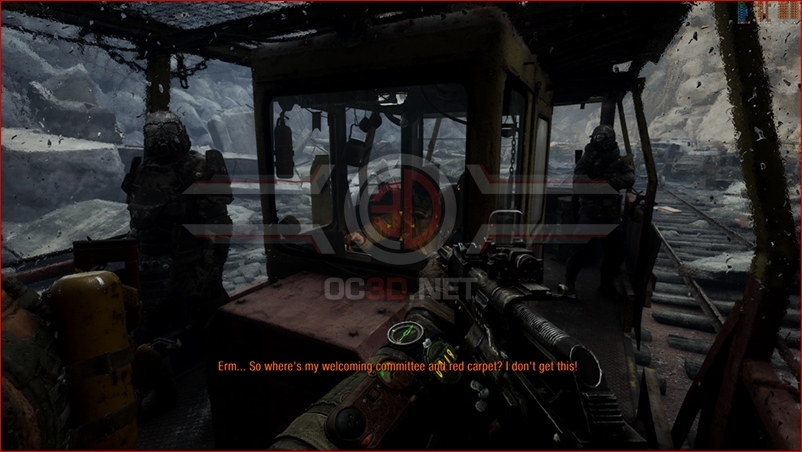 In this final scene, the impact of Ray Tracing is more subtle, with the boat receiving accurate shading while the nearby rocks are illuminated more accurately. The scene in general looks more real, making the addition of RTX ray tracing a welcome one. 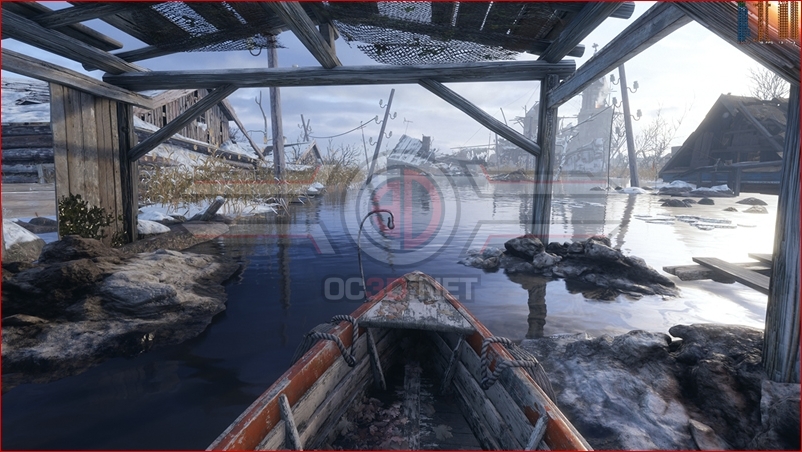 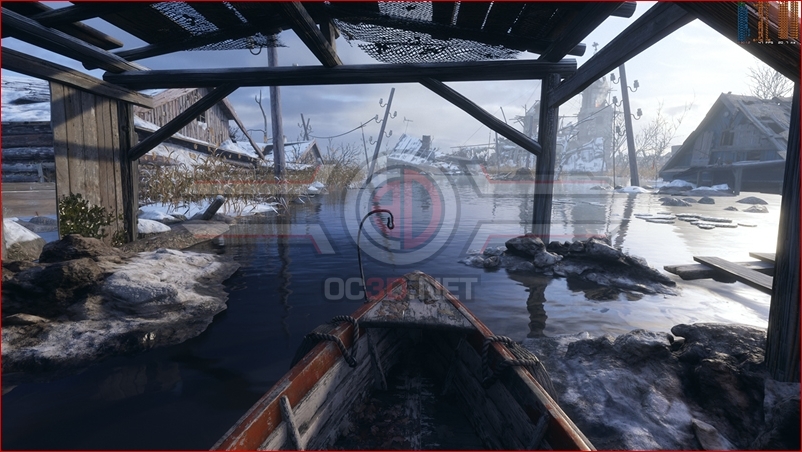 There is no getting around it, Ray Tracing has a huge performance impact in Metro Exodus, but it isn't enough to make the game unplayable if you are already using your graphics card at an appropriate resolution. DLSS also goes a long way towards gaining a lot of the game's performance back, giving the RTX 2060 an average framerate of over 60FPS.

At 4K, when using both Ray Tracing and DLSS, the RTX 2080 Ti can bring Metro's minimum framerate to within 3FPS of its pre-RTX framerates, which is a huge achievement. The impact of ray tracing is profound on Metro, so seeing minimum framerate rise this much is a very welcome sight. With this data in mind, it appears that DLSS has a larger impact on performance when used at higher resolutions, which makes a lot of sense, though we cannot make any firm conclusions on the technology, as a whole, based on a single game. 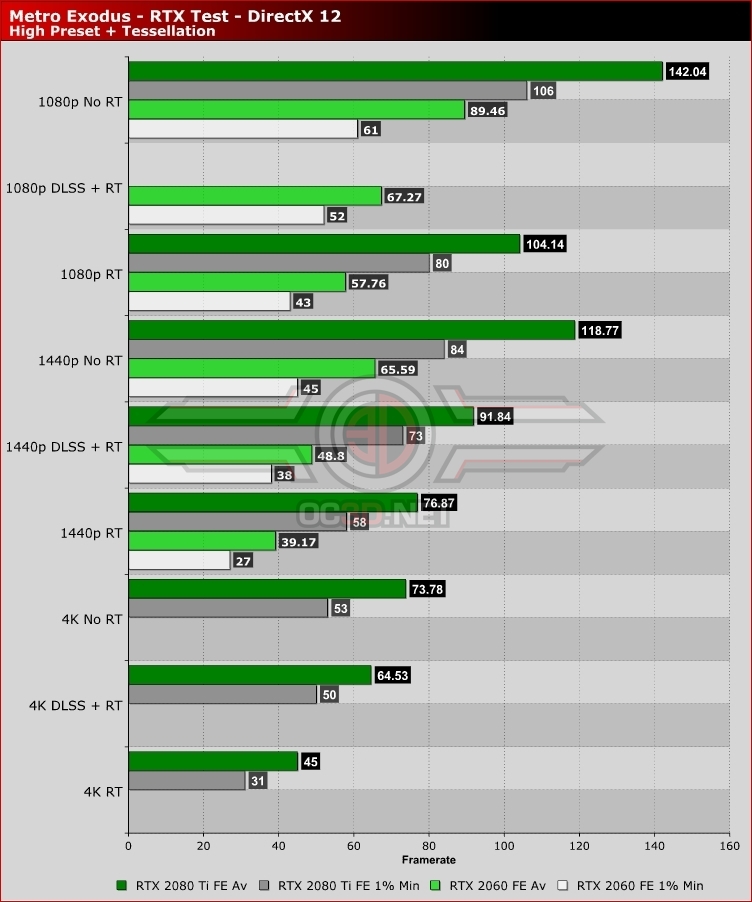