Well, these results speak for themselves. Microsoft Flight Simulator's June 27th Patch has obviously made a difference to the game's performance, so much so that we can't call this patch anything short of transformative.

These performance data points were taken one day before the game's June 27th patch was released and the day after the patch landed. As such, this data is reflective of how Microsoft Flight Simulator's performance has improved over the past couple of days. While we will note that Microsoft Flight Simulator has already received performance-enhancing patches since the game launched last year, none of them has had this much impact on the game's smoothness.

In terms of average framerates, we have seen boosts from around 85 FPS to over 100 FPS, which is a meaningful improvement. These changes should be seen for all players, impacting users of high-end PCs and lower-powered systems. Everyone should benefit from Flight Simulator's latest optimisations.

Below tests a flight over open countryside, a scene which isn't overly demanding on CPUs but highlights how the game's performance has improved in non-city areas. This should showcase that all areas of Flight Simulator benefit from Asobo's latest round of optimisations. 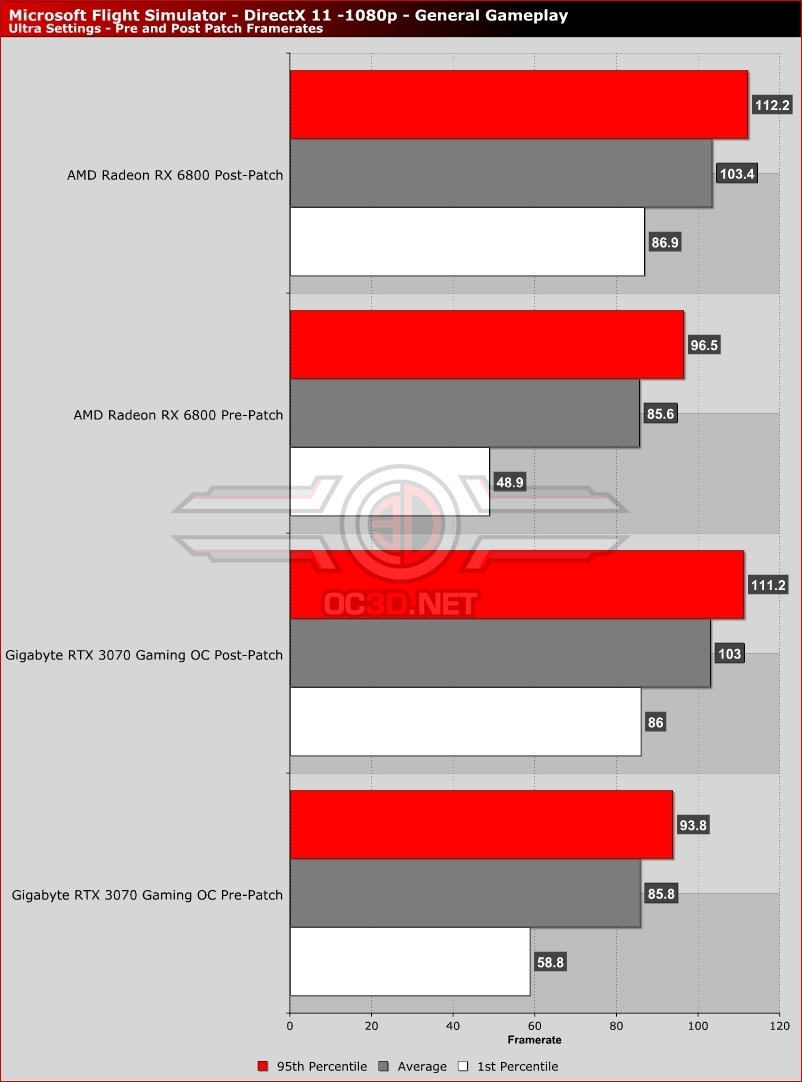 Below is a benchmark of a landing scene over a city. While this is not the most demanding scene that we can test within Microsoft Flight Simulator, here is an area that we can achieve highly repeatable benchmark results, making it ideal for pre-patch and post-patch comparisons.

Here we can see major performance benefits with Microsoft Flight Simulator's latest patch, especially with regards to 1st percentile framerates. Now, framerates that are consistently over 60FPS are possible on high-end gaming systems, which is something that wasn't the case before. Stutters are much less prevalent, and performance is dramatically smoother. 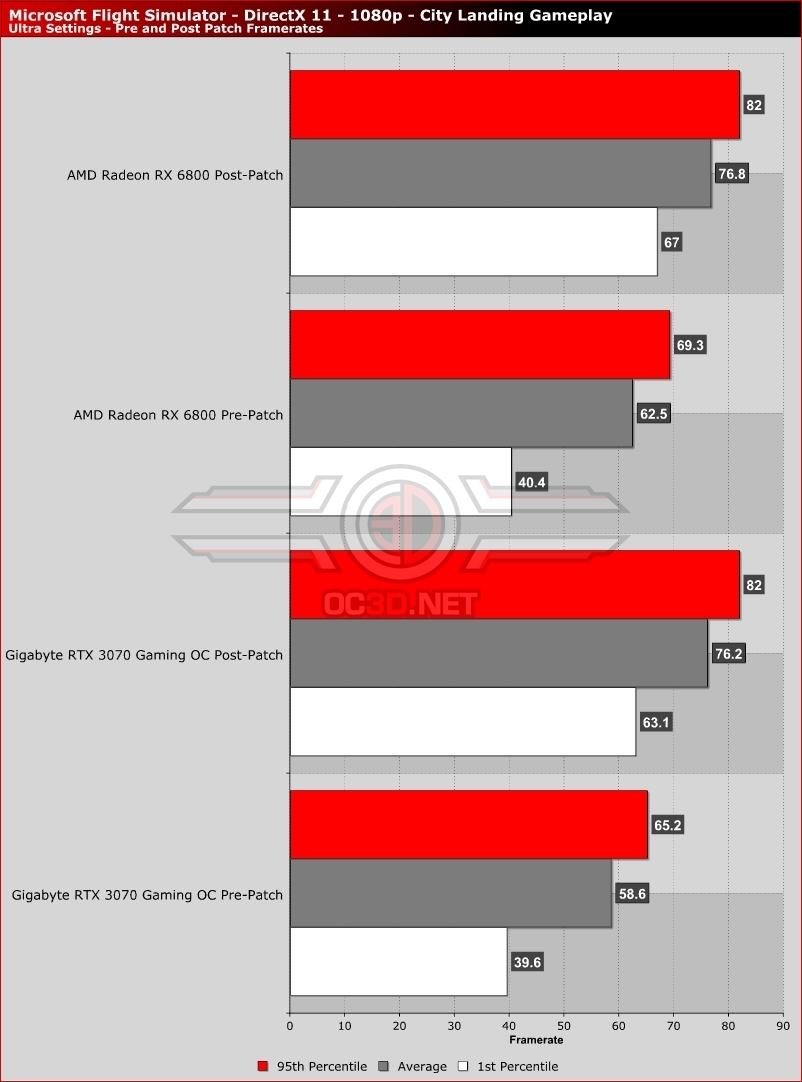