Microsoft Flight Simulator has undergone some major changes since the game was released in 2020, so much so that it's easy to see how the game was brought to consoles with stable performance levels.

The only flaw with Microsoft Flight Simulator was its performance. Stuttering was frequent at launch, and flying close to large cities (especially when near ground level) could often see framerates plummet, even on high-end gaming systems. While it was clear to see how performance could tank in this ambitious game, it was clear that improvements could be made to the game to deliver smoother framerates on PC.

To say the least, Microsoft Flight Simulator's latest patch is transformative. Framerate consistency is drastically improved, and performance is dramatically higher throughout the game. Now, 60+ FPS framerates across most of the game are a reality for high-end systems owners, assuming that they have their settings dialled in right on the GPU side.

Those stutters that plagued the game are gone, and now take-offs and landings in cities are dramatically smoother. Asobo has done a great job improving the performance of Microsoft Flight Simulator, and those changes have not come with any noticeable visual downsides. 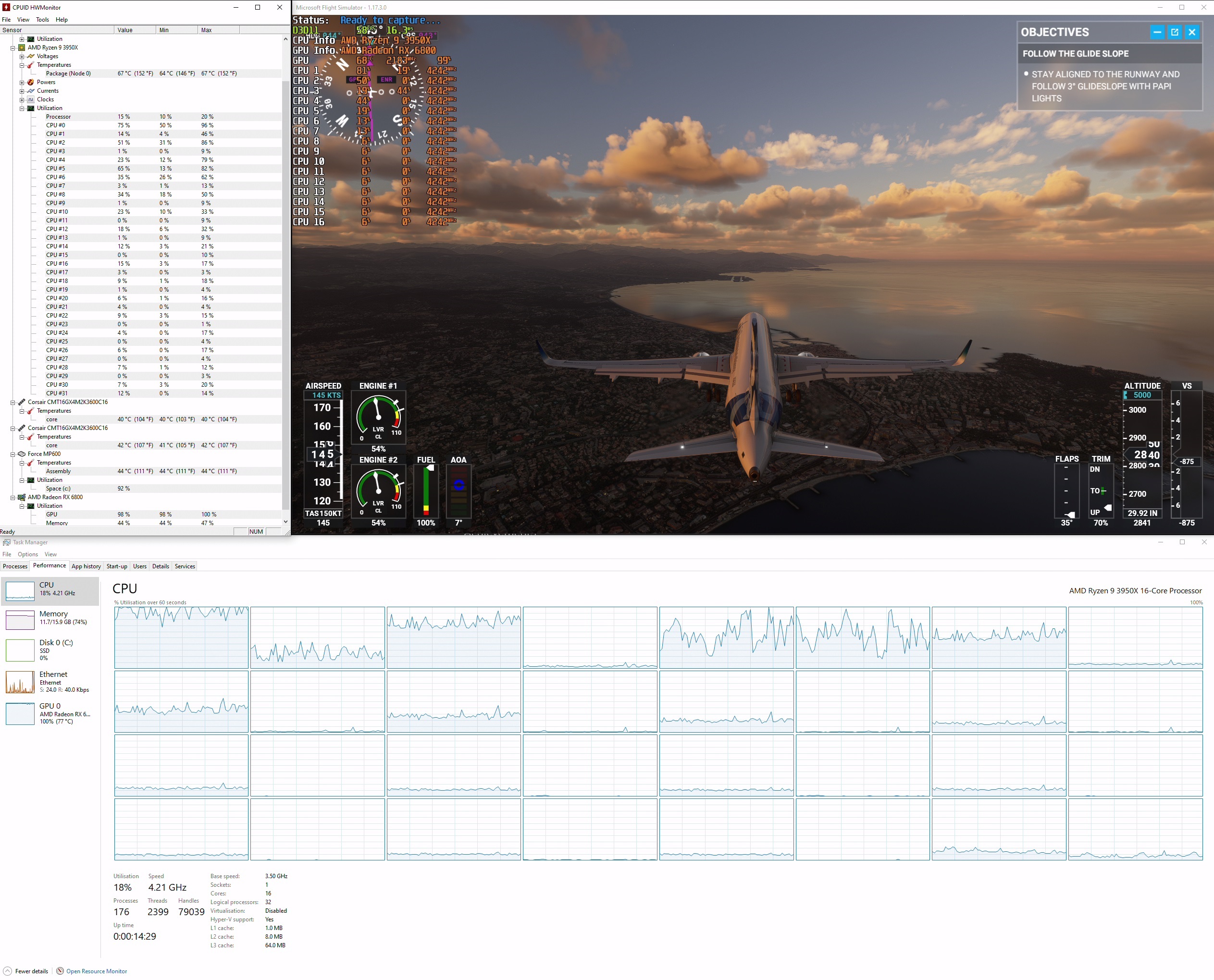 Whether you are playing Microsoft Flight Simulator at 1080p or 4K or in primarily CPU-limited or GPU-limited scenarios, the game's July 27th patch will give you more stable framerates and higher framerates. 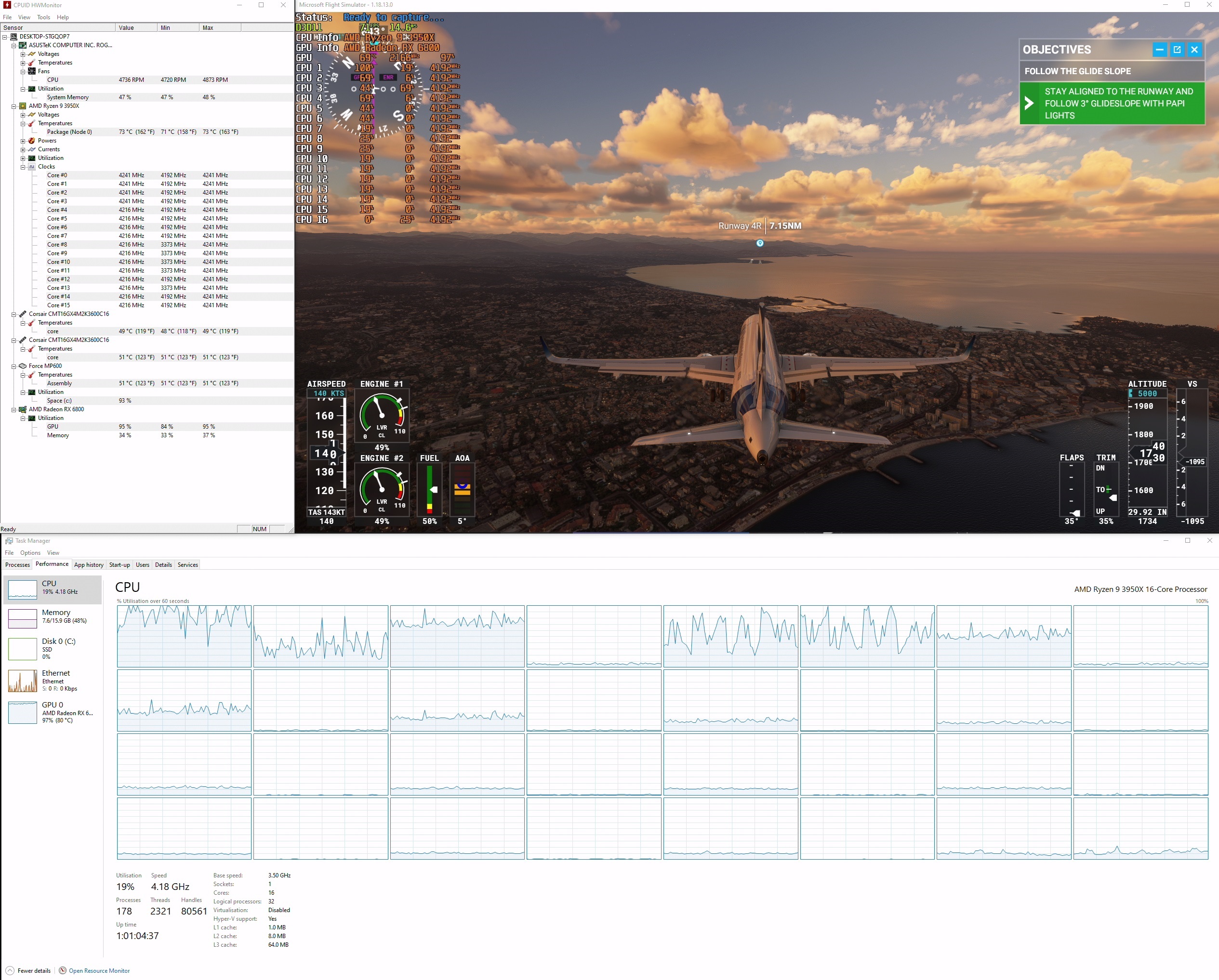 The Future of Microsoft Flight Simulator

In older interviews, Asobo has expressed interest in releasing a DirectX 12 update for Microsoft Flight Simulator, introducing new DirectX 12 Ultimate features like ray tracing into the game, and delivering further updates to the company's simulation technology.

Next month, Asobo plans to release the next world update for Microsoft Flight Simulator, focusing on Germany, Austria, and Switzerland. In time more updates like this will be delivered to the game, making Flight Sim's interpretation of the world all the more accurate.

Well done Asobo, for improving Microsoft Flight Simulator's PC performance. We look forward to seeing what you do next with the game.

You can join the discussion on Microsoft Flight Simulator's boosted PC performance on the OC3D Forums.