Much of Minecraft's Path-traced version relies on temporal data, taking data from older frames to reduce the number of new light rays that are necessary to create/render new frames.

If you move around areas which rely on a lot of bounce lighting and global illumination, you may see artefacts like below (the brownish splodges) across the screen until the game has enough data to game to render correctly. These scenes are relatively rare, and the colour varies on a scene-by-scene basis, though it is nonetheless a weakness of Minecraft's current RTX implementation. That said, this could be the cost of allowing Minecraft RTX to be rendered in a hardware efficient way. 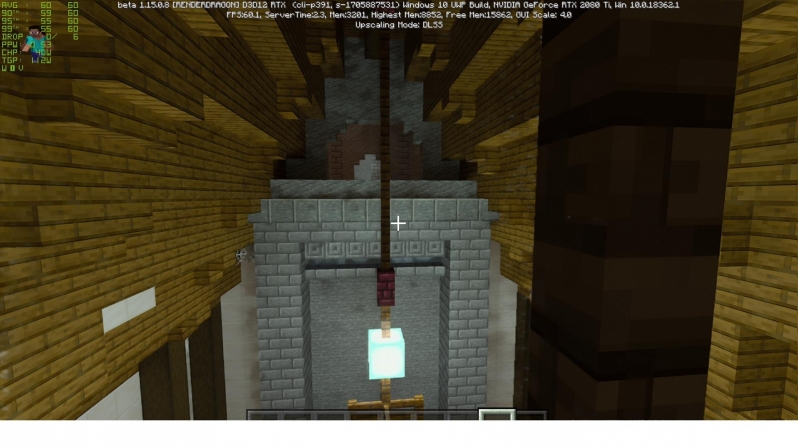 This limitation is due to the memory usage of Minecraft's DXR-enabled version and the high hardware demands of path-tracing. Even so, this has a huge impact no the look of Minecraft, as it makes long views within the game impossible. Even in the scene below, we can see a lot more forest without ray tracing, and that isn't even an especially long scene. The fog in the path-traced scene masks the low draw distance, which disappears when farther draw distances are selected.

Below we can see that further draw distances allows more buildings within this cityscape to be rendered on screen.

With this last comparison, we see render distances extend far enough to see the angel statue in the distance. Even then, this render distance is way shorter than Minecraft's default. When maxed out, the DXR version of Minecraft can render out 24 chunks, whereas the standard version renders up to 80 chunks as standard.

Since Minecraft doesn't usually render the player's body, Minecraft RTX is unable to properly render the reflections of players. Look at those floating arms! 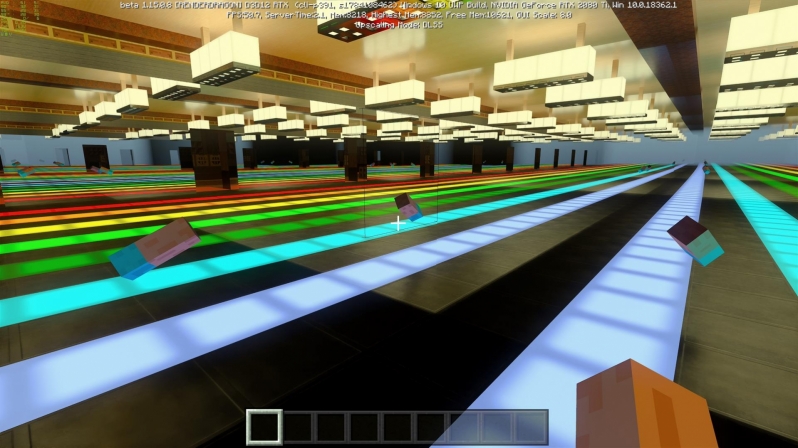