Performance Analysed - We need stronger hardware for a path-traced future

Minecraft's Windows 10 version is incredibly easy to run on PC, but the same trend doesn't apply to the game's RTX-enabled version. With the game's path-tracing enabled, Minecraft path-traced version is exceptionally demanding on Nvidia's latest graphics hardware, even with DLSS enabled.

This performance data was recorded on with a chunk size of eight. Larger chunk sizes will increase memory usage significantly and lower framerates when looking into the distance. This can have a devastating effect on performance if your graphics card doesn't feature enough VRAM.

We tested both the Temples and Totems and Color Light & Shadow worlds while testing Minecraft with RTX, highlighting how much the game's performance can vary on a scene-by-scene basis. 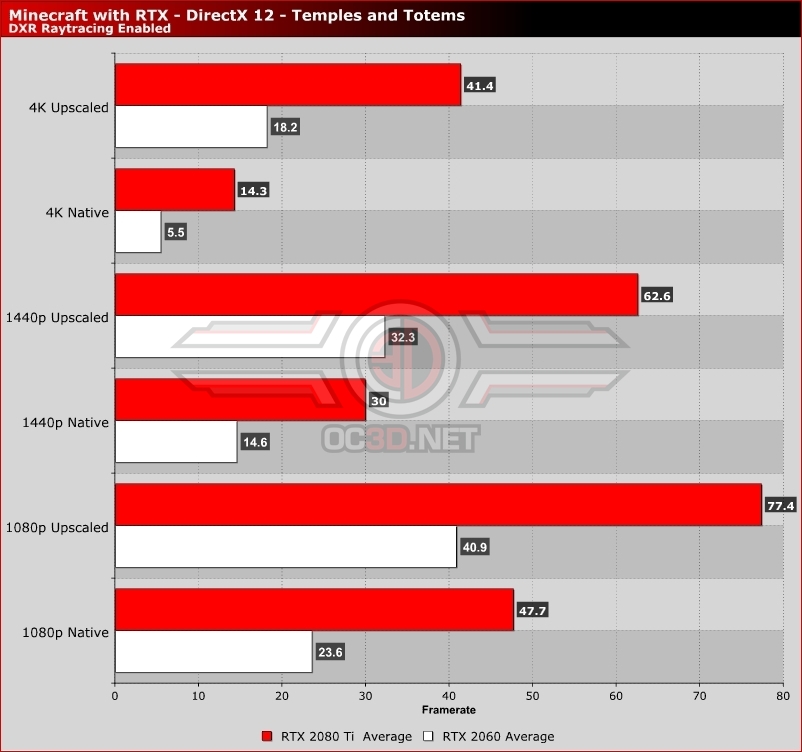 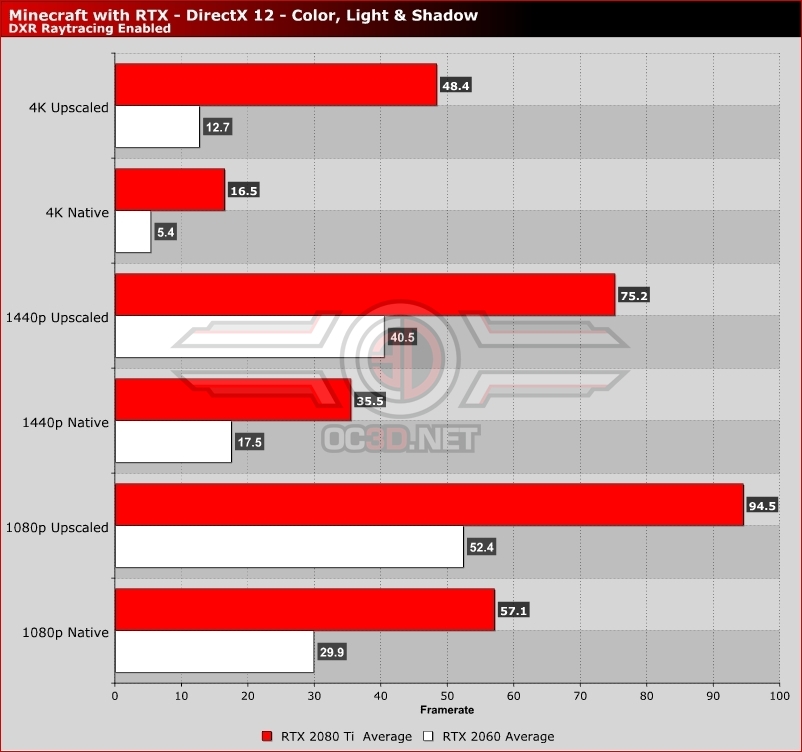