At 1080p, the only graphics card which struggled to run Mortal Shell was AMD's RX 580, which offered framerates which were far behind Nvidia's GTX 1060 and the other graphics cards we tested. In contrast, AMD's RX Vega 56 and RX 5700 sit a lot closer to their Nvidia counterparts. This is a sign that AMD's newer graphics architectures are addressing shortcomings within the company's older GCN designs, but that doesn't stop Mortal Shell from being a title which mostly prefers Nvidia products.

In the case of AMD's RX 580, PC gamers will need to move to Mortal Shell's Medium preset to get close to a 60 FPS target, especially in demanding areas. Great performance on our Radeon RX 580 is possible with the right settings. 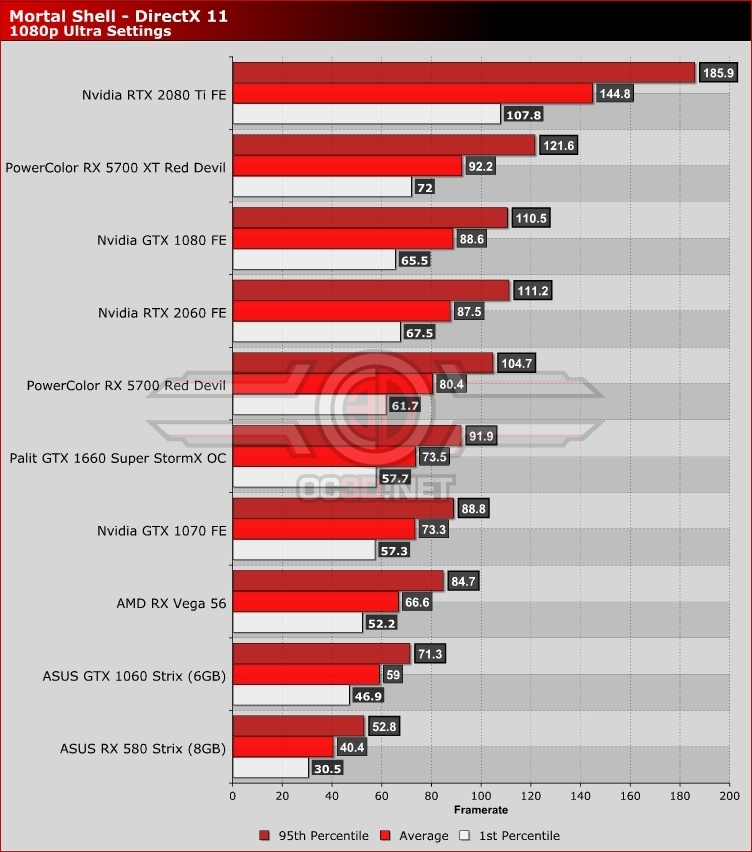