Is this Remaster worth it?

Remakes and Remasters have become increasingly popular over the past number of years, acting as a way to deliver classic titles to new audiences while also allowing older games to be re-experienced with higher framerates, enhanced visuals and higher resolutions.

With Need for Speed: Hot Pursuit Remastered, gamers will be treated with cross-play support in multiplayer, enhanced visuals, additional content, and smooth 60 FPS gameplay. For PC gamers, 60 FPS will remain a hard limit for the game, as higher refresh rates are not supported within the title, like the game's original PC version.

The primary benefits of this new version of Need for Speed: Hot Pursuit is the game's enhanced draw distances, improved Anti-Aliasing and its wider variety of graphics options. The game's enhanced models and world-level graphics improvements are also welcome, though some gamers will find these changes hard to spot without side-by-side comparisons. Like many remasters, the game's remastered look often appear similar to our memories of the original game, removing the potential wow factor of the game's graphical improvements.

The original PC version of Need for Speed: Hot Pursuit has very few graphic options, and EA's remaster of the game changes that. Now, PC gamers can play the game with ultra-wide resolution and with graphical options which extend beyond the original game's Shadow options.

Sadly, the game's maximum framerate is 60FPS, which while smooth fails to take advantage of the performance that's offered by today's high-end PC hardware. That said, the technical limitations of the game's original PC version are likely what prevented high framerate support from becoming a reality. 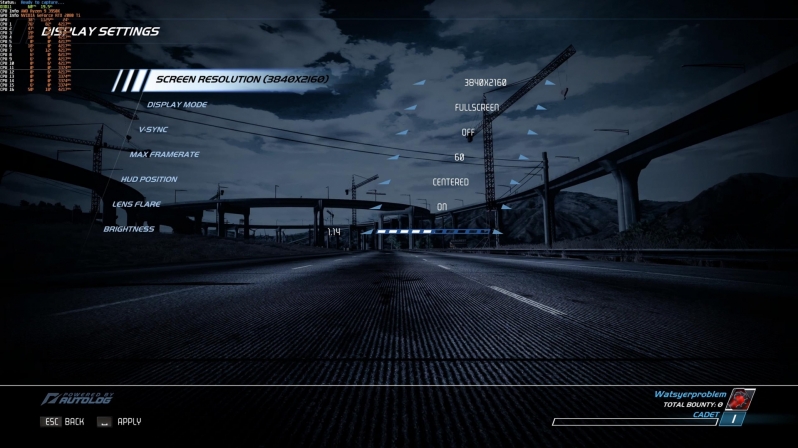 Now, Need for Speed: Hot Pursuit features a huge number of new graphical options, which allows gamers to adjust the title in whatever way they like. The addition on TAA removes the aliasing which is present within the game's original PC version though this form of AA does add a little blur to the game.

Within the original PC version of Need for Speed: Hot Pursuit, aliasing is visible within the game at all resolutions, even 4K. TAA addresses this issue within the remaster, though this will make the game appear less sharp in some instances. 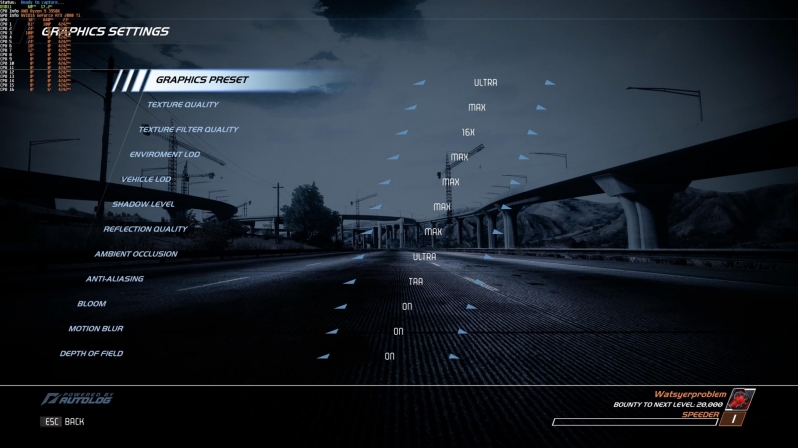 With Need for Speed: Hot Pursuit, we will be using our new Games and Graphics Card test system, which is powered by AMD's Ryzen 9 3950X processor and PCIe 4.0 storage.

In our testing, we used the latest graphics drivers from both AMD and Nvidia. More information about this system is available here, where we have detailed why we have moved to Ryzen for our GPU and games testing. CPU & Motherboard - AMD Ryzen 9 3950X and ASUS ROG Crosshair VII FormulaThere is a lot to consider when building a new games testing system. Will this system stand up to the test of time. Does this system contain the features that new games will require, and are we choosing the right CPU platform for the job? With the next-generation of consoles coming with Zen 2 processors and support for PCIe 4.0 storage, it was logical to choose a Ryzen-based test platform. Intel's current offerings do not offer PCIe 4.0 support, and we cannot build a new test system knowing that it will be outdated as soon as games start to utilise faster storage mediums. With ASUS' ROG X570 Crosshair VII Formula, we know that we have a motherboard that has capable VRMs to withstand the punishments that a hardware test system must face. With X570 we also know that we can upgrade to Zen 3/Ryzen 4000 should we ever need to.

Stoly
When I first heard of HP (2010) I tought it was a remaster of NFS III HP, to think that there is NFS HP2 which is actually a sequel for NFS III.Quote

I think Highstakes was one of my favourites in the entire line. Underground got boring when it was possible to make almost unbeatable setups in specific cars. All dragsters using the same Nissan Fair Lady with the one true car setup etc.Quote

Wraith
Given what I've just watched I'd say if you have the original I'd stick with that, this is just pure lazy cash grab by EA.

looz
What, that's egregious. I guess consoles are getting a boost in fidelity but on PC, what a turd.


Edit: Locked to 60fps too, negating any positive performance impact if they changed the graphics API (which I haven't looked up).Quote
Reply