NieR Automata's PC version is a performance hog at maxed-out settings, making it strange that Square Enix and Platinum Games decided to add 8x MSAA (Anti-Aliasing High) to the game's high preset. Yes, 8x MSAA makes the game look a lot smoother, but its performance cost is too much to be considered worth it.

For our Radeon RX 6800, NieR Automata's PC version moves from an average framerate of 25.9 FPS (Anti-Aliasing High) to a flat 59 FPS (Anti-Aliasing Off) after disabling MSAA. Framerates more than doubled, highlighting why game developers have abandoned MSAA in modern PC titles. MSAA is too demanding, and it does not deal with all types of aliasing. As a feature, it's too expensive, and for that high hardware cost, aliasing isn't even eliminated.

Even now, NieR Automata's PC version is incredibly demanding on PC hardware. While this PC version fixes many issues present on the game's Steam version, it hasn't done anything to get the game to run at higher framerates. 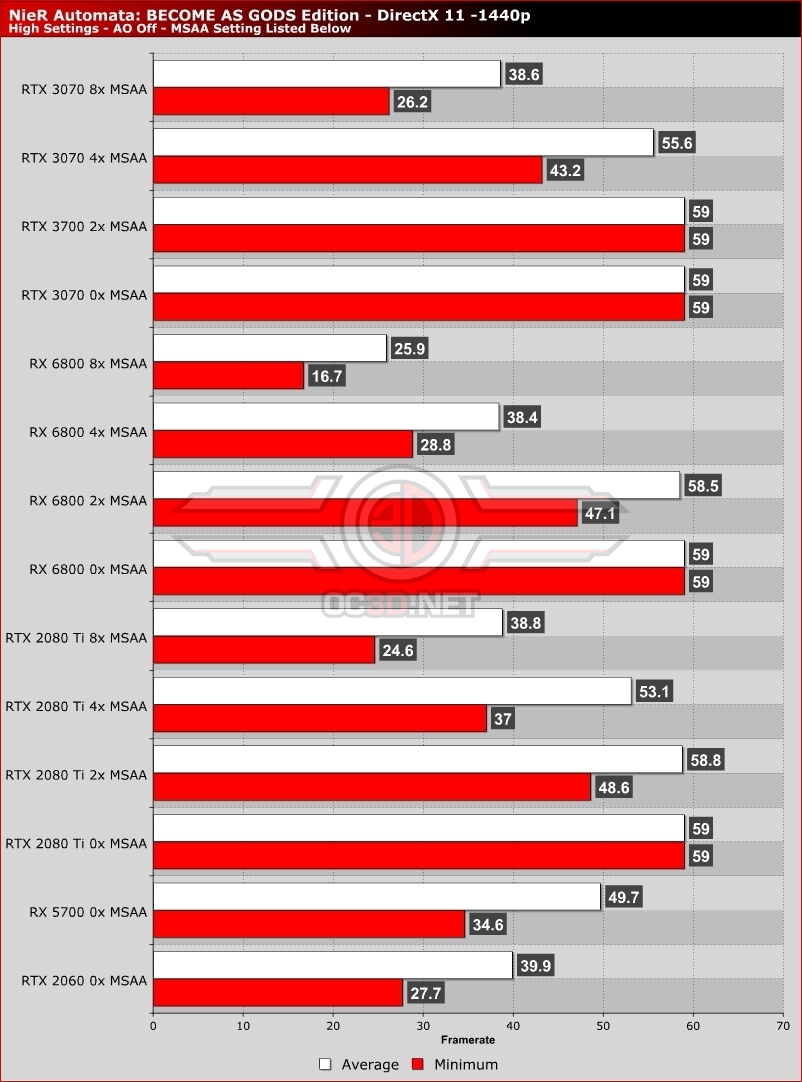