On the screen below, Yakuza 6's FOV can be adjusted between values of 25 and 75, with the game's standard value being 38. Yakuza 6 supports ultrawide screen resolutions, which makes the game's wider FOV options incredibly useful.

While framerate limits of 30 FPS, 60 FPS and 120FPS are available, it is worth noting that some pre-rendered scenes are limited to 30 FPS framerates, matching the game's PlayStation 4 versions. 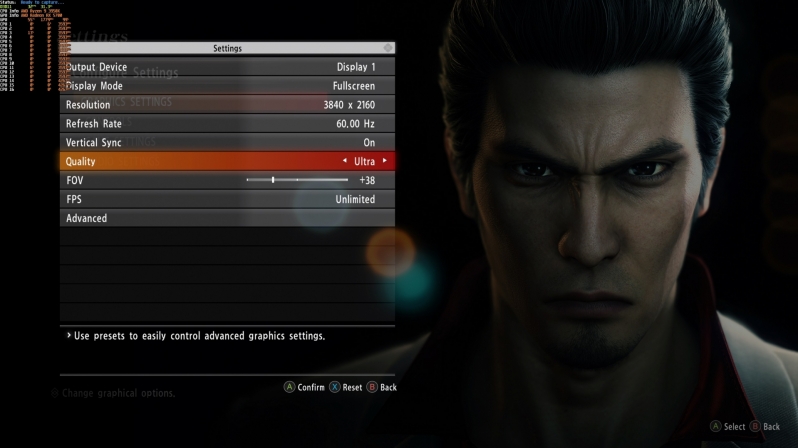 As we will note later in this analysis, Render Scale is the most important graphics option within Yakuza 6's PC version. It has the largest performance impact on any single setting within the game.

By default, Yakuza 6's presets (except for low), utilise FXAA, which does a great job limiting the game's aliasing at high resolutions. SMAA is also available as an anti-aliasing option, as is Super Sample Anti-Aliasing (SSAA), which can be set to values of between 1.25x and 2x. No form of TAA is available within Yakuza 6's PC version. This should be expected as this is a straight-up PC port of the game's PlayStation 4 version, which also lacks TAA.

PC gamers should play Yakuza 6 with Texture filtering set to 16x and with texture settings set to high in almost all cases, as this can significantly improve the game's visuals. Lower settings will lower texture detail and have a minimal impact on game performance. Yakuza 6 also uses very little VRAM, as we haven't recorded GPU memory usage of over 4.5GB during our testing, even at 4K. 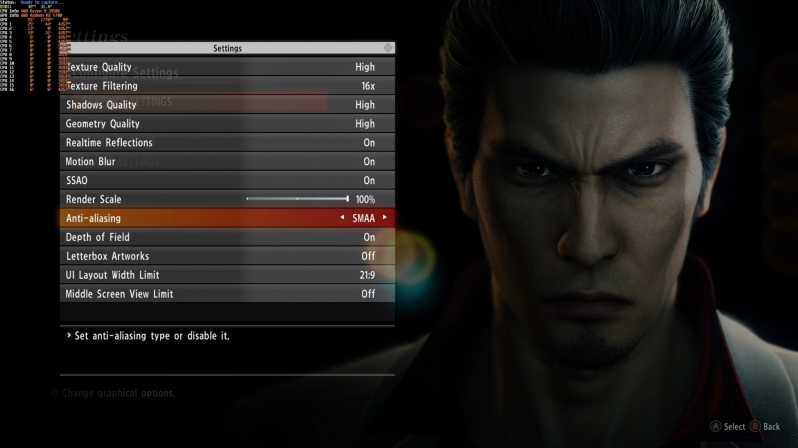 Real Yakuza use a controller, that's what we are told every time we opened Yakuza 6's PC version. While mouse/keyboard controls are available and rebindable, Yakuza is a series designed around controllers, which makes a lot of sense given the series' roots on PlayStation consoles. Yakuza 6 plays best using a gamepad, and that may annoy some keyboard warriors.

While 60 FPS framerates are relatively easy to achieve on modern hardware, Yakuza 6 has a stuttering problem on PC, especially when running through large areas like Kamurocho. Similar stutters happen on the PlayStation versions of Yakuza, but they are more noticeable when playing the game on PC with an unlocked framerate. These stutters are most frequent/noticeable when running, which means that they don't typically occur during combat or slow-moving scenes. 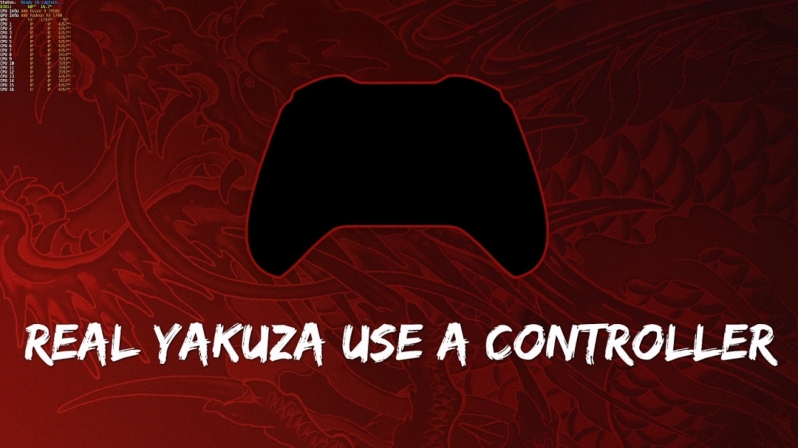