Our benchmarking scene involves running through Kamurocho during the game's second act, which confirmed to us that Yakuza 6 has a stuttering problem across all the PC hardware that we tested.

When running through Kamurocho, the PC version of Yakuza 6 goes through momentary framerate stutters that manifest as short framerate drops. These dips become less frequent and hard to notice when walking through the same areas, Thankfully these stutters are non-existent in combat (in our experience) and are only present when running through large populated areas. That said, a lot of Yakuza 6 takes place in Kamurocho.

At 1080p Ultra settings, graphics cards like AMD's RX 5500 XT and RX Vega 56 can deliver a largely stable 60FPS outside of the stuttering that we mentioned earlier. The same can be said for Nvidia GPUs like the GTX 1660 Super. 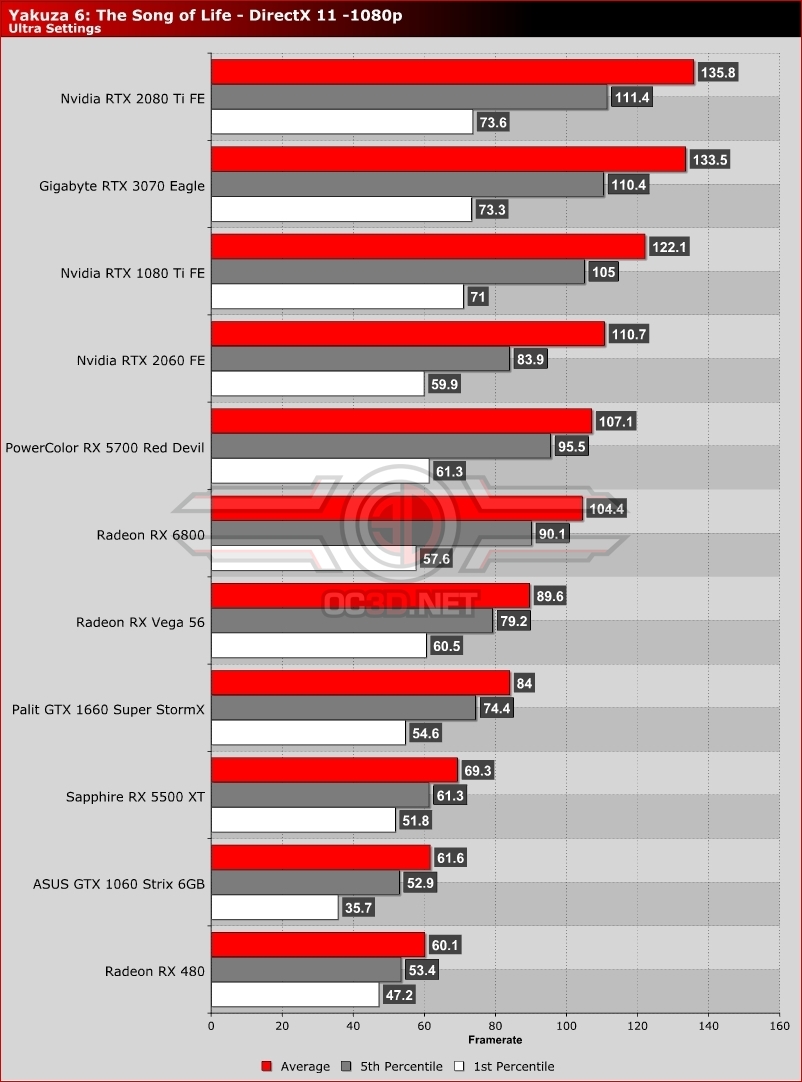