As you can see below, the low 1st percentile framerates seen below are indicative of stuttering, which is something that we have described in more detail on page 3.

For a mostly stable 60+ FPS at 1440p, Yakuza 6 players will need a graphics card like AMD's RX 5700 or Nvidia's GTX 1080 Ti. That said, GPU's like AMD's RX Vega 56 and Nvidia's RTX 2060 can get a stable 60 FPS framerate on a 1440p screen with a minor drop in Yakuza 6's resolution scale. Sadly, stutters will occur on Yakuza 6 when running through the game on PC, and no settings that we have found can mitigate those framerate drops. 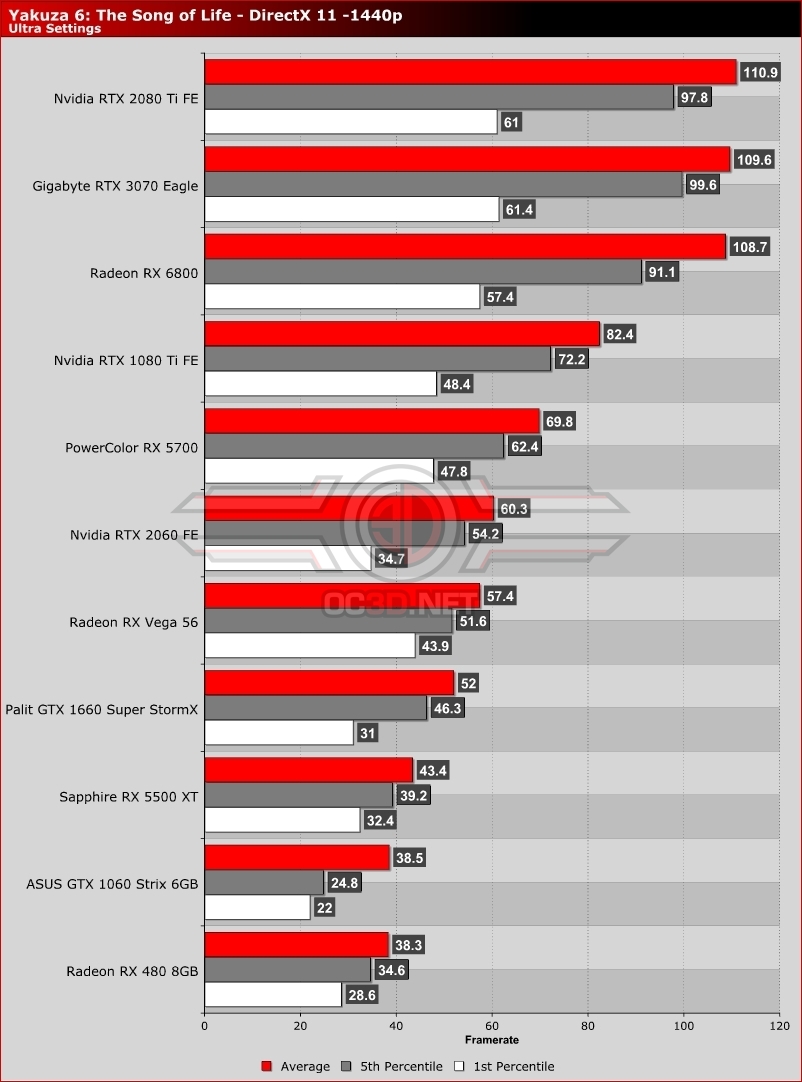