Resolution Scaling - The real way to get higher framerates

Resolution Scaling - The real way to get higher framerates

If you want to boost Yakuza 6's performance on PC, the best way to achieve that is by lowering the game's resolution scale. Going to an 83% resolution scale at 1080p will deliver a 900p (ish) resolution, which is enough to enable a fairly stable 60 FPS with an RX 480 or a GTX 1060.

At 4K, a 90% resolution scale should also be enough to get 60 FPS out of GPUs like the Radeon RX 6800, RTX 2080 Ti and RTX 3070. Yakuza 6 looks great at high resolutions, but moving from a native 4K to a 90% 4K resolution scale is hard to notice, as aliasing will appear in all of the same places as before.

Sadly, in our benchmarking scene, stuttering is a problem that is sadly a part of Yakuza 6's PC version, but as we have mentioned many times before, these stutters are only really present during world traversal and are only really noticeable while sprinting. 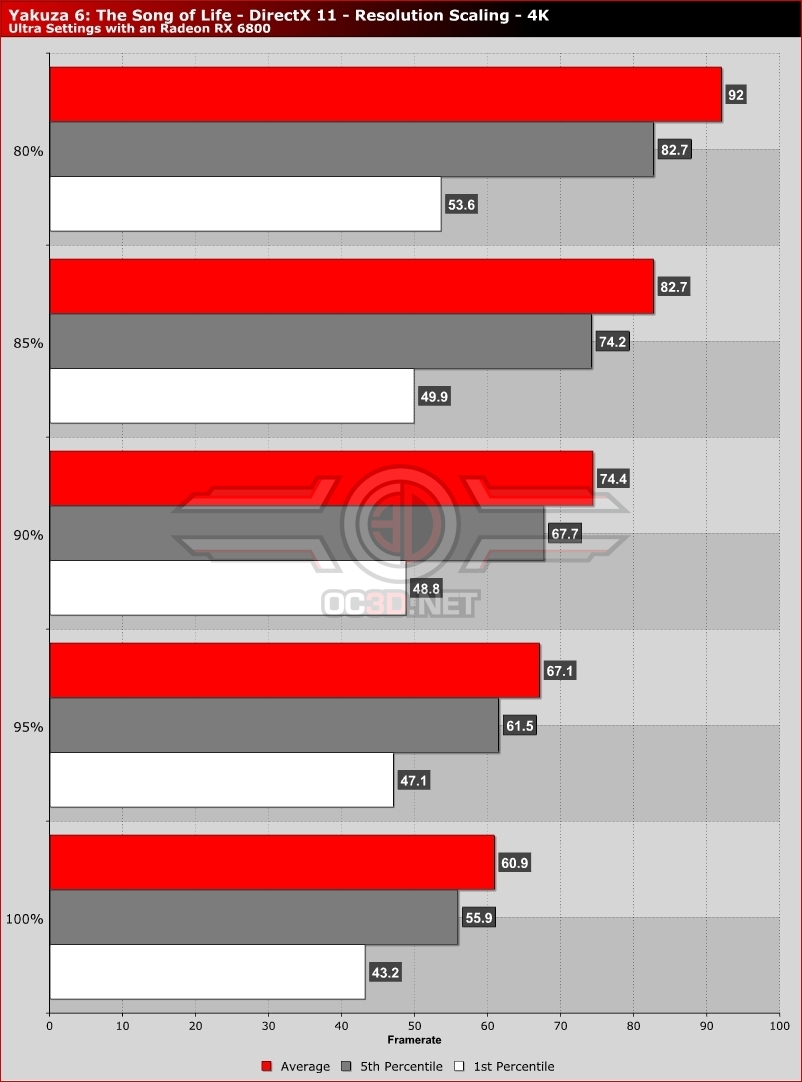