Conclusion - Is Yakuza 6 worth playing on PC?

Conclusion - Is Yakuza 6 worth playing on PC?

So, is Yakuza 6 worth playing on PC? Yes, but as the final game in Kazuma Kiryu's story, you should really play the other games first. Every main series Yakuza game is now available on PC, and all of the Kiryu games are available cheaply through Xbox Game Pass for PC.

If you played Yakuza Kiwami 2 on PC, you should have a good idea of how well Yakuza 6: The Song of Life runs on PC. Both games use the same engine, target the same resolutions on PlayStation consoles and feature similar versions of the game Kamurocho. If your PC could run Yakuza Kiwami 2, it should be able to play Yakuza 6 with similar settings and framerates.

While Yakuza 6 has mouse/keyboard controls, the series is designed for gamepads. PC gamers will have a more comfortable time playing the Yakuza series with a controller, as the game's keyboard/mouse controls can only be called workable at best.

After spending some time with Yakuza 6, we couldn't find a way to mitigate the game's framerate stutters when sprinting through areas like Kamurocho. While this may be a Ryzen-specific CPU issue, we have found that similar performance dips can be seen on the game's PS4 console version under similar conditions. With Yakuza 6 launching as a £14.99 PS4 port, it makes sense for this issue to still be present.

Another factor worth noting is that Yakuza 6 has a lot of aliasing at low resolutions like 1080p. The game doesn't use modern anti-aliasing techniques like TAA and instead relies on FXAA on PC by default. Yakuza 6 initially released on PlayStation 4 in 2016, before TAA and similar solutions became commonplace. Yakuza: Like a Dragon features more anti-aliasing solutions (including TAA) on PC, but it also uses a much newer version of the Dragon Engine. Again, Yakuza 6: The Song of Life is a PC port of a 2016 game that has been made to sell for a low price on PC.

Those with high-end PCs will be able to enjoy Yakuza 6 with higher resolution visuals than the game's PlayStation 4 versions, allowing the game's visuals to look better than ever before. The Yakuza series has always featured highly detailed cityscapes, and those cityscapes are best enjoyed at high resolutions, where all details can be seen. Higher resolutions also do a lot to cut down the game's aliasing, making the game appear a lot crisper and more refined.

Another benefit of Yakuza 6's PC version is its ability to run at higher framerates, with 60 FPS being fairly achievable on modern PC hardware at appropriate resolutions. Even 4K 60 FPS framerates are achievable, albeit with some stutters here and there. That said, some stutters can also be seen at 30 FPS...

Yakuza 6's combat benefits from higher framerates, allowing the game to feel more responsive while also allowing these scenes to appear smoother on-screen. The original PlayStation 4 version of Yakuza 6 ran at 30 FPS, and to our knowledge, all console versions of Yakuza 6 feature the same framerate target. PC is the only place where 60 FPS Yakuza 6 is possible. 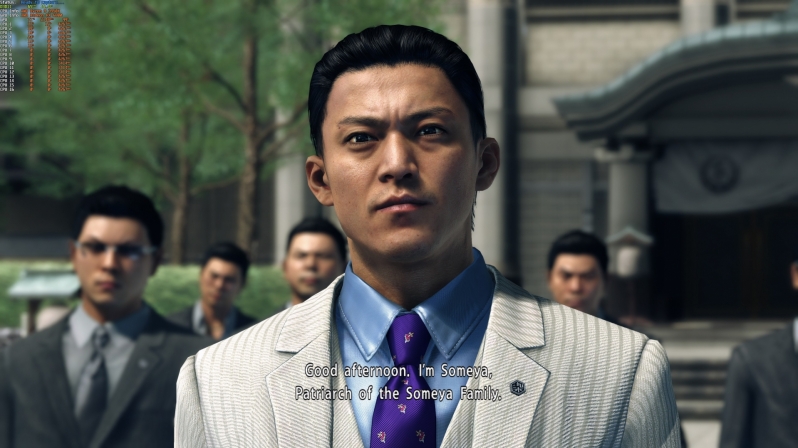 Stutters, an issue but not a game-breaker

If you have been reading our whole port report, you will know that Yakuza 6 has the potential to stutter on PC. It can be seen in all of our performance charts.

Based on our results, Yakuza 6 appears to have an engine-level issue that can cause momentary stutters while moving through larger city areas like Kamurocho. While walking, these stutters are hard to spot and are infrequent, but if you are running/sprinting, they are going to be a constant annoyance in some areas of the game. Thankfully, these stutters do not appear in combat, where framerate stability matters most; those who love consistent framerates will nonetheless be annoyed by this issue.

Similar framerate dips can be seen on the console versions of Yakuza 6, and mentioned before; this PC release is a budget port of Yakuza 6. For £14.99, PC gamers shouldn't expect miracles, though we would love to see this issue mitigated.

Most modern gaming PCs are more powerful than Sony's PlayStation 4. We would even go so far as to estimate the most hardcore PC gamers have systems that can easily surpass the PS4 Pro.

While Yakuza 6's framerate stutters prevent Yakuza 6's PC version from truly shining, it is hard to be dissatisfied with this PC version. The entire Yakuza series is now available on PC, and while the PC version isn't perfect, neither are the game's console versions. Yakuza 6 was not designed with PC in mind, but QLOC has done a great job making the game playable on PC.

PC is the only place where Yakuza 6: The Song of Life can be played with 4K resolutions and 60 FPS framerates. These feats allow the PC version of the game to shine in a way that the console versions cannot. While this PC version of Yakuza 6 is not perfect, it is far from unplayable, and for £14.99, it is well worth getting into. Better still, Xbox Game Pass for PC subscribers can play the game for free with their subscription.

You can join the discussion on Yakuza 6: The Song of Love's PC version on the OC3D Forums.