I know what some of you may be thinking, RAGE 2 has an Avalanche game, shouldn't we expect a release with similar quality to Just Cause 4? Yes and no, RAGE 2 may be based on the same APEX game engine, but both titles are fundamentally different, with RAGE 2 shipping with the backing of Bethesda and the assistance of id Software throughout the game's development.

id Software had a huge impact on RAGE 2's development, bringing the game's APEX Engine to the Vulkan graphics API while packing in FPS gameplay that's similar to DOOM (2016), both of which make the title very different to previous APEX-based titles like Just Cause 4. This is great news, as Just Cause 4 (PC Performance Analysis here) launched with a mountain of issues.

RAGE 2 may be a sequel, but its gameplay is basically a merger of several other successful titles. The FPS gameplay of DOOM, a large open world with vehicular traversal that's similar to Mad Max and a story that follows on from the Original RAGE. With RAGE 2, the question is, can these winning elements from other games by packaged together and into a satisfying whole?

On the PC-side Bethesda has its ongoing partnership with AMD, and with id Software assisting Avalanche in RAGE 2's development, we can be sure that Vulkan API support was pushed by both parties, helping Avalanche get the most out of their engine when using modern graphics hardware, especially on Radeon graphics cards. The Low-level API can also be used to reduce CPU overhead, a factor that could prove incredibly important when creating such a large open world.

In this analysis, we will be looking at how RAGE 2 performs on a variety of PC hardware configurations, assessing how the game runs on PC when compared to the game's console counterparts while also looking into the underlying features that are offered by the game. Let's get started! 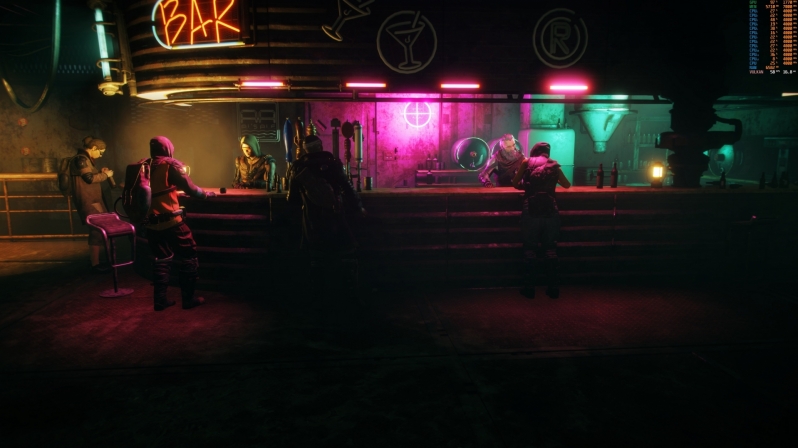 Dicehunter
The 4K numbers are surprising for the Vega 56 and 2080 Ti especially considering with prices right now the 2080 Ti is exactly 4 x times the price of a Vega 56 yet doesn't REALLY give worlds better performance at 1440P and 4K.Quote

Bartacus
I'm surprised this doesn't support SLI, but it runs nice enough that I'm not complaining.Quote

The original RAGE did, heck it even supported quad SLi but IIRC that was pure Carmack.Quote

grec
If this is Vulkan only then that would explain why it doesn't support SLI. They'd need a custom mGPU solution and afaik there are no existing libraries out their for a dev to easily replicate AFR on Vulkan atm.Quote

Wraith
Runs like a dream on my 4790K and 1080Ti I'm seeing 120fps on average with Ultra settings, only thing I have to complain about are the audio glitches in cut scenes where sometimes there is no audio at all and the lack of co-op play.Quote
Reply