Introduction - The RE Engine has entered the Next-Generation Era

It's time to enter the Village

Resident Evil Village is a sequel to Resident Evil 7, releasing a first-person title, a factor that really helps to push the horror aspects of the franchise. This will make the game play differently to Resident Evil 2/3's recent remakes, though the core gameplay will remain similar.

Resident Evil Village utilises the latest version of Capcom's RE Engine, fully adopting DirectX 12 on PC alongside DirectX 12 Ultimate features like Variable Rate Shading and DXR Ray Tracing. This combines with the RE Engine's already extensive feature set to make Village the most technically advanced Resident Evil game to date.

The RE Engine has gained support for next-generation hardware features, but the game remains a cross-generation release. As such, the game must play well on both last-generation and current-generation console hardware, giving the game a 60 FPS framerate target on modern systems like Xbox Series X and PlayStation 5. This is great news for PC gamers, as this allows Resident Evil Village to scale back to support older graphics cards and processors.

Early access to Resident Evil Village came to us via AMD, who wanted us to highlight the game's performance and its use of DirectX 12 Ultimate technologies like Ray Tracing and Variable Rate Shading. AMD has no editorial control over our analysis and will not see it before it becomes available to the public. OC3D has received no payment for this analysis. 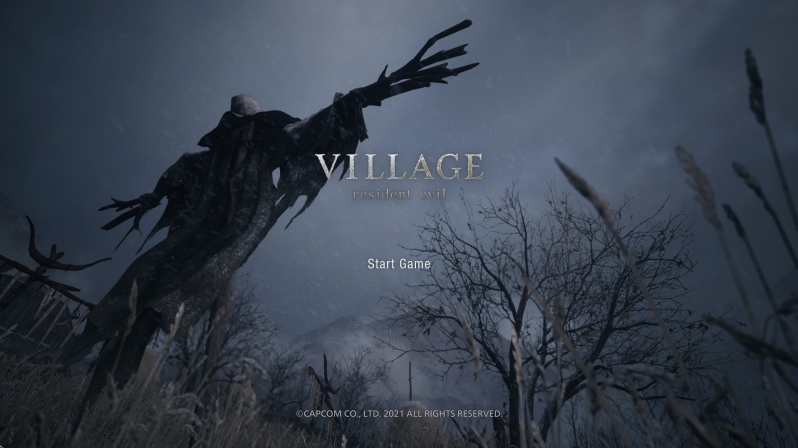 With Resident Evil Village's PC version, we will be using our new Games and Graphics Card test system, which is powered by AMD's Ryzen 9 3950X processor and PCIe 4.0 storage. More information about this system is available here, where we have detailed why we have moved to Ryzen for our GPU and games testing. CPU & Motherboard - AMD Ryzen 9 3950X and ASUS ROG Crosshair VII FormulaThere is a lot to consider when building a new games testing system. Will this system stand up to the test of time. Does this system contain the features that new games will require, and are we choosing the right CPU platform for the job? With the next generation of consoles coming with Zen 2 processors and support for PCIe 4.0 storage, it was logical to choose a Ryzen-based test platform. When we built this system, none of Intel's CPU offerings featured PCIe 4.0 support, and we could not build a new test system knowing that it will be outdated as soon as games start to utilise faster storage mediums. With ASUS' ROG X570 Crosshair VII Formula, we know that we have a motherboard that has capable VRMs to withstand the punishments that a hardware test system must face. With X570, we also know that we can upgrade to Zen 3/Ryzen 5000 should we ever need to.