Resident Evil Village is a game that offers excellent visuals while delivering stable performance across a wide range of hardware. As a cross-generation game release, it makes brave steps into the next-generation toolbox with support for Ray Tracing and Variable Rate Shading while also offering great performance on older gaming systems.

With today's GPU shortage in mind, it is great to see Resident Evil Village arrive as a game that can appear to users of new graphics hardware and the masses of PC gamers who cannot upgrade.

Even our ageing RX 480 and GTX 1060 graphics card can achieve 60+ FPS average framerates when playing Resident Evil Village at 1080p with the game Max Preset (this present does not include ray tracing). Even better is the fast the Resident Evil's inclusion of Ray Tracing isn't insanely demanding, so much so that AMD's RX 6800 can keep this game at 4K 60+ FPS at max settings with VRS (balanced mode) enabled. Most Nvidia optimised titles need DLSS integration to make their ray tracing implementations usable. 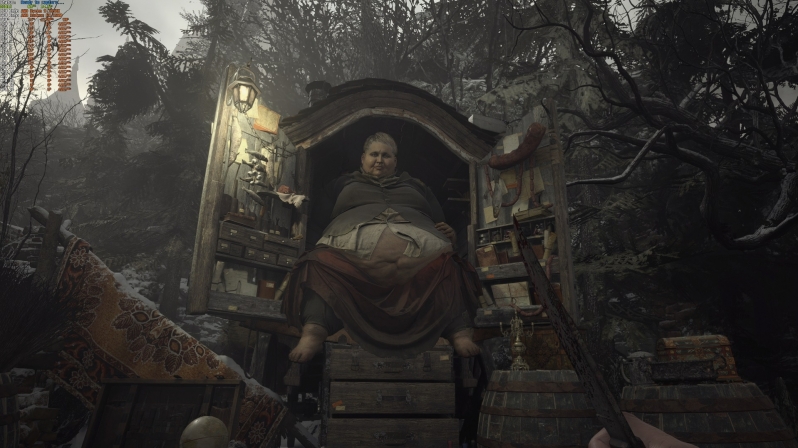 As a whole, Resident Evil Village is a game that runs remarkably well on both old and new PC hardware. That said, it is clear that this game has been designed with modern hardware in mind, as can be seen when comparing older AMD GPU architecture with their newer counterparts. A good example of this is AMD's RX 5500 XT, which was seen as an RX 580/480 competitor at launch, but completely smashes those older graphics cards in RE: Village.

When it comes to performance, we have nothing to complain about with Resident Evil Village, outside of a few minor bugs when using Nvidia's RTX graphics cards with VRS enabled and performance issues with Nvidia's RTX 2060 when ray tracing was enabled. Hopefully, these issues will be addressed with driver updates and game patches. 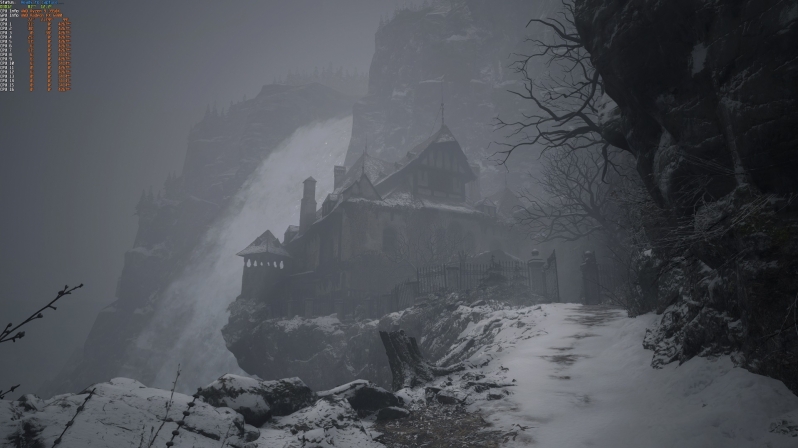 When AMD gave us access to Resident Evil Village, they told us that their Radeon RX 6000 series was good enough for 1440p and 4K performance and that their FidelityFX suite has been used to enhance the game in several ways. Given the performance that we have seen today, I think we can honestly say that AMD's words have been proven true on both accounts.

As always, AMD's FidelityFX Contrast Adaptive Sharpening feature is used well, being a must-enable feature for all PC players. Beyond that, AMD's FidelityFX CACAO (Ambient Occlusion) offers much stronger visuals than the RE Engine's stock AO setting. It's definitely a great feature for those without ray tracing compatible graphics cards.

One thing to note here is that Resident Evil Village's Ray Tracing modes run very efficiently on PC, offering stable 4K performance on our RX 6800 without the need for an upscaling technology like DLSS. This is a good sign for the future of ray tracing on PCs and consoles, as developers are no longer brute-forcing ray tracing into their PC games.

Resident Evil Village runs incredibly well on PC, and if you are interested in this franchise, the game itself is definitely worth playing. I can't wait to finish this game over the coming weeks, with ray tracing enabled!

You can join the discussion on Resident Evil Village's PC version on the OC3D Forums.