At 1080p, Resident Evil Village is almost too easy to run on PC, even when using the game's Max (No RT) preset. Only our ageing RX 480 and GTX 1060 graphics cards struggle, and they both achieve average framerates that were well above 60 FPS.

Capcom has clearly designed Resident Evil Village to take advantage of modern graphics hardware, as AMD's newer GPU architecture can be seen shooting past their predecessors in this chart. At launch, AMD's RX 5500 XT was an RX 480/580 competitor, but in this case it leaves AMD's RX 480 in the dust. Similarly, AMD's RX 5700 is also able to surpass Nvidia's GTX 1080 Ti.

Resident Evil Village is a game that has clearly been optimised for AMD's latest GPU architecture, but that doesn't mean that this game doesn't run well on Nvidia. Even in 2021, older graphics cards like AMD's RX 480 and Nvidia's GTX 1060 can still run games at 1080p 60 FPS. 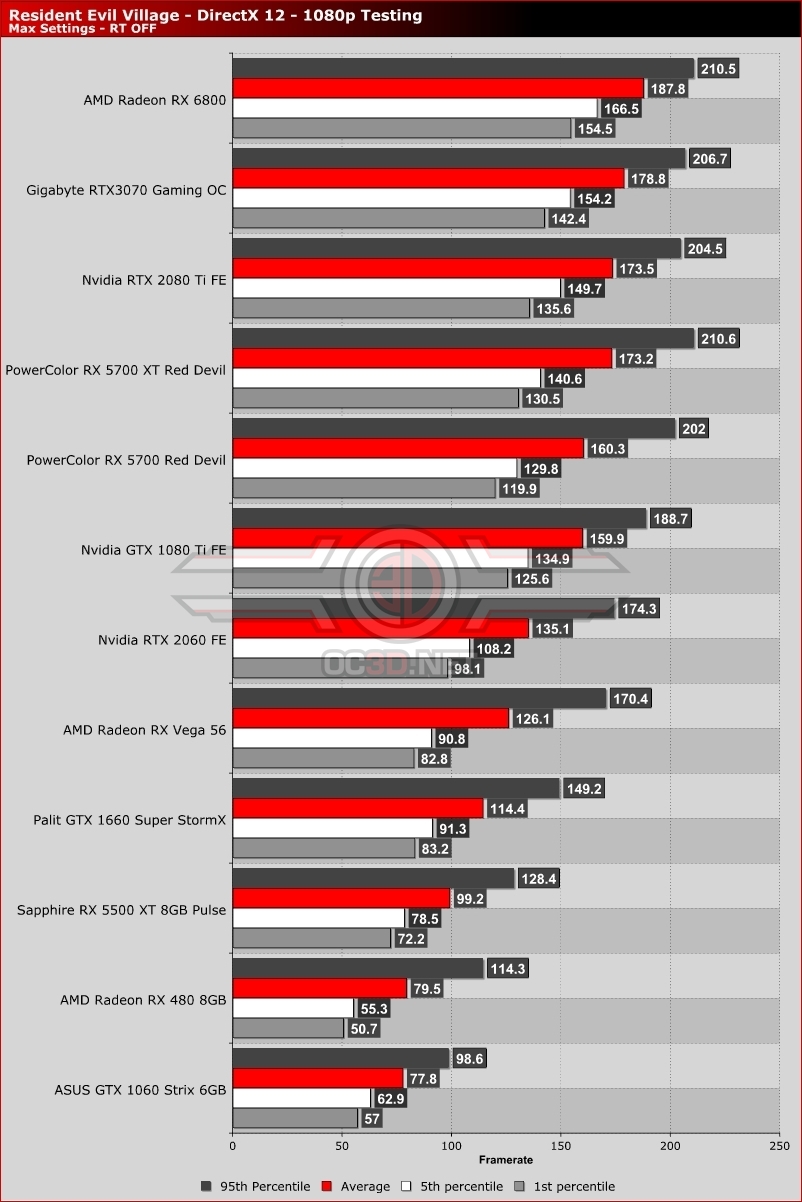 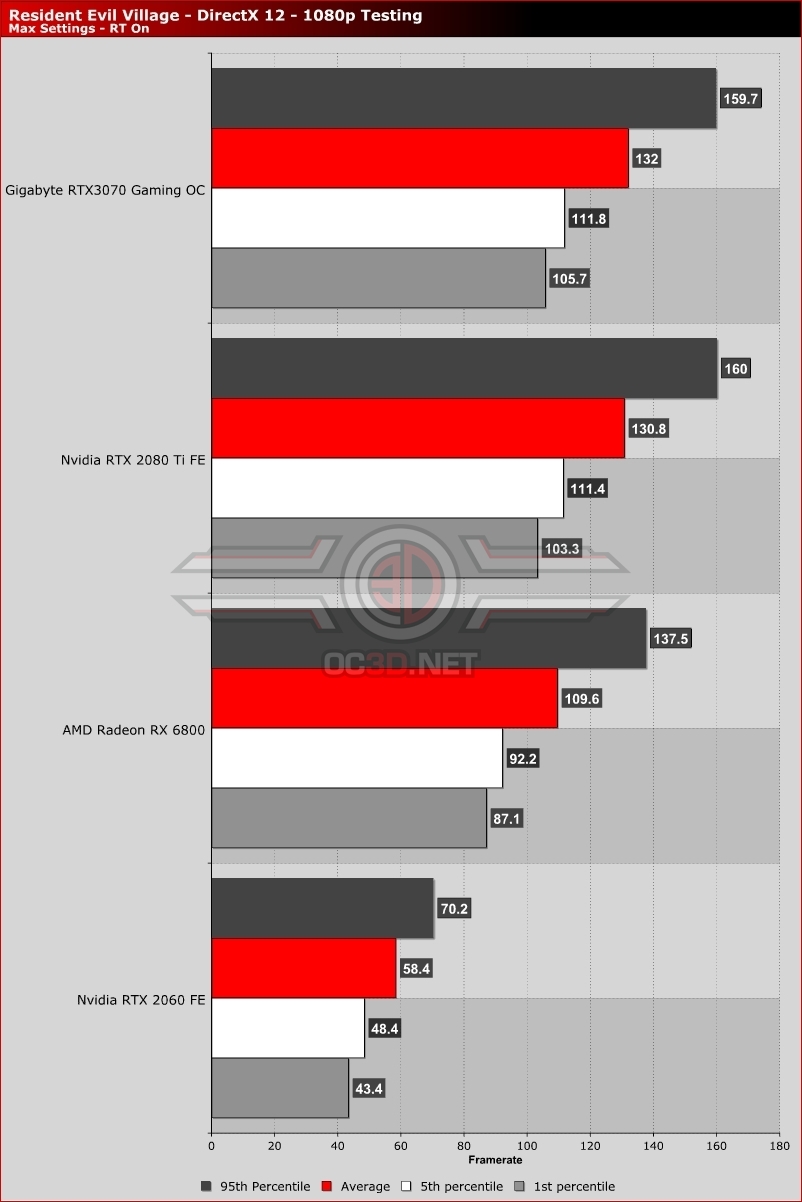