4K gaming was practically unachievable a few years ago, at least without major compromises to graphics settings. With Resident Evil Village, Capcom has proven that great visuals at 4K need not come with an insane performance cost.

At 4K, our Radeon RX 6800 graphics card achieves an average framerate of 100 FPS with Resident Evil Village's Max (no RT) preset. This really makes us hungry for a 120Hz VRR compatible OLED screen, especially given this game's HDR and FreeSync Premium Pro support.

comparing AMD's RX 5700 XT to AMD's RX 6800 really highlights the architectural advantages of RDNA 2, even without features like VRS and DXR enabled. 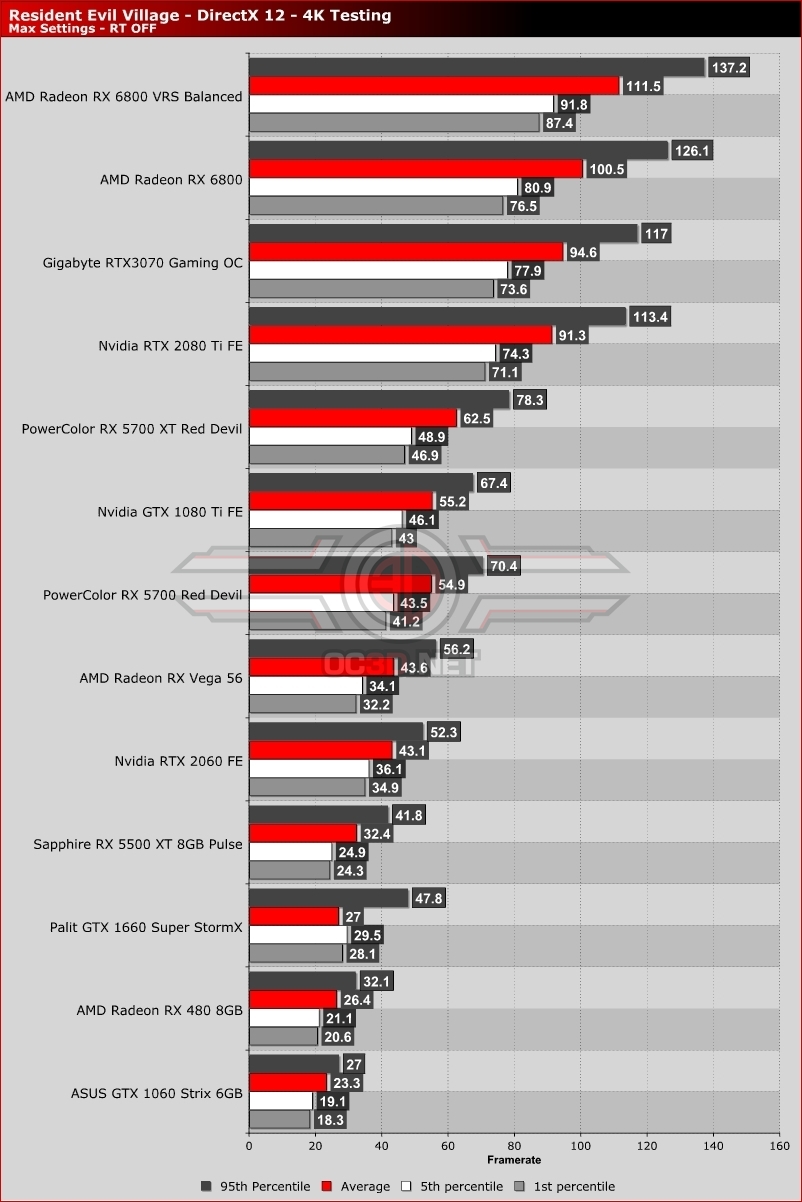 Again, Nvidia's RTX equivalent graphics cards are able to best AMD's RX 6800 when it comes to ray tracing performance, but VRS can close the gap. That said, Nvidia's GPUs also support VRS, but we experienced stability and graphical issues when we used the feature on Nvidia's RTX hardware. This bug may be eliminated with future game patches and Nvidia driver updates. 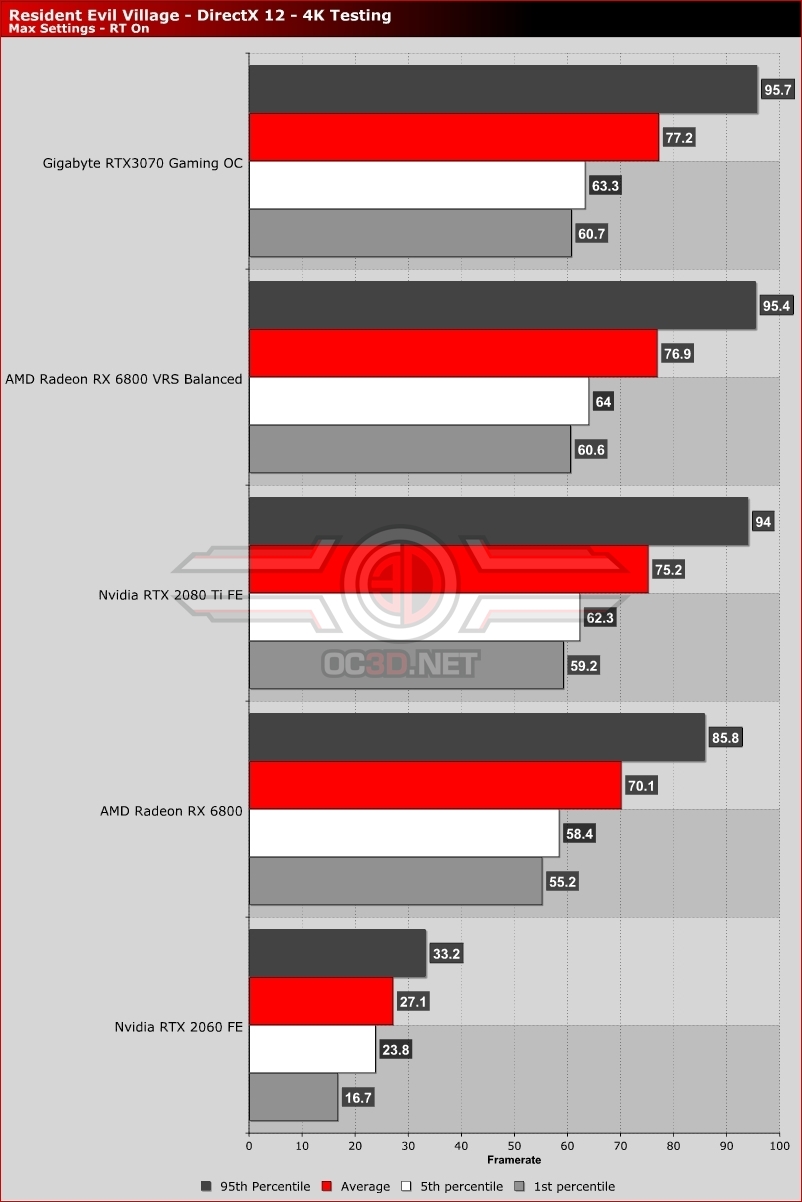