Optimised Settings - Which graphics options have the largest performance impact?

Optimised Settings - Which graphics options have the largest performance impact?

If your graphics card supports VRS, your fastest avenue to increased performance is by setting VRS to balanced mode. Beyond that, disabling Resident Evil's FidelityFX CACAO and enabling the game's standard Ambient can deliver a notable performance uplift. That said, AMD's CACAO looks a lot better than the RE Engine's standard AO implementation. Turning Ambient Occlusion off will result in a huge performance uplift for those that need it.

Unlike Resident Evil's 2/3 remakes, Volumetric Lighting has little impact on Resident Evil Village's performance, as the game makes practically no use of this feature. Screen Space Reflections also has a minor performance impact, with AMD claiming that this is due to Capcom's integration of AMD's FidelityFX SPD feature, which accelerates texture mapping and post-processing using asynchronous compute. 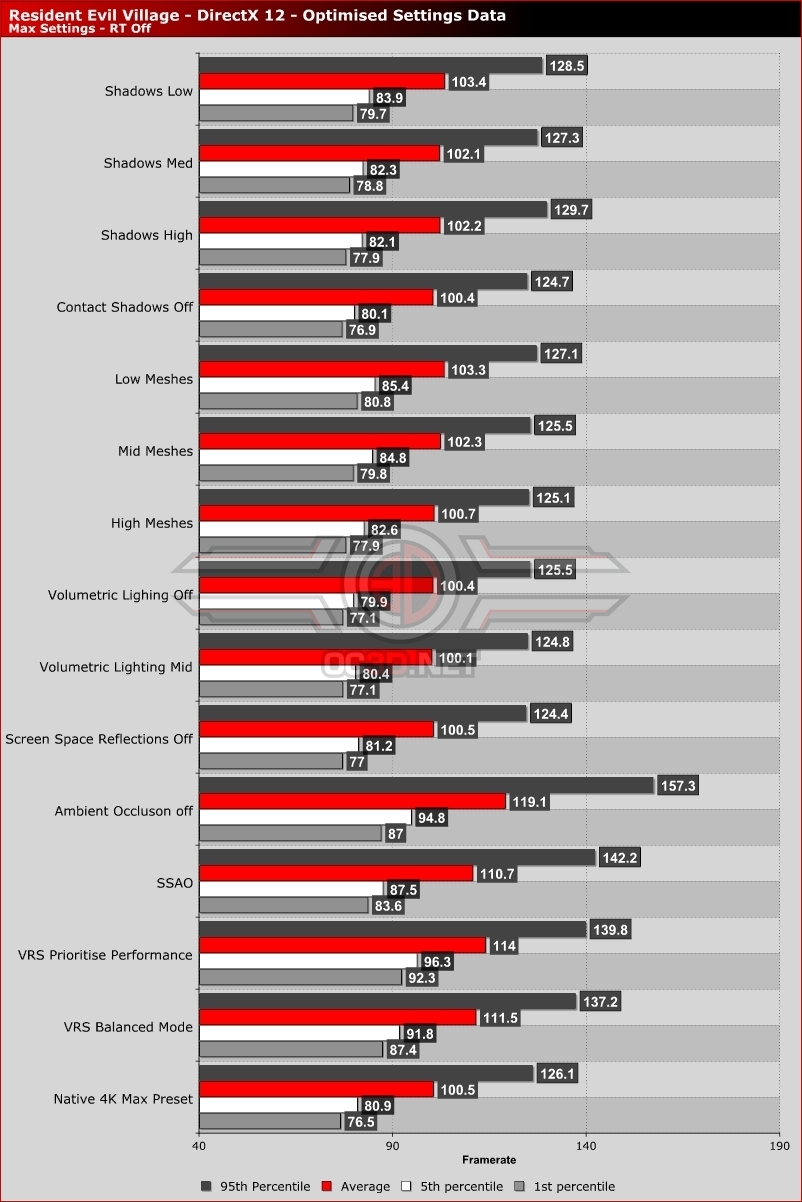 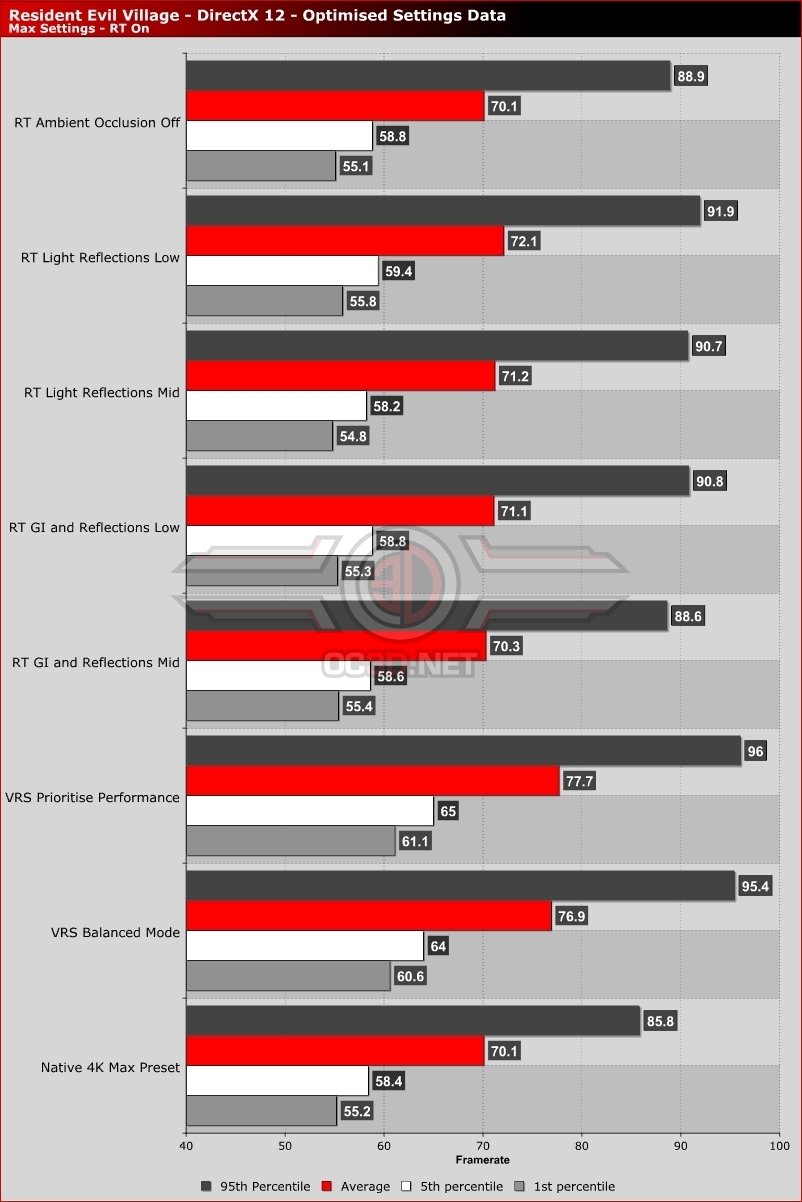