As a continuation of our CPU testing, we decided to see how Jedi: Fallen Order's performance scaled between 1080p, 1440p and 4K on Nvidia's RTX 2080 Ti Founders Edition. Below you can see our results.

At 1080p and 1440p game performance is identical, primarily due to this game being CPU-limited. At 4K, we can see the game becoming mostly GPU-limited, though the same stutters and near second long performance pauses can remain.

Jedi: Fallen Orders performance issues appear to be CPU-based in nature, though we have noted that lower memory/DRAM speeds can also lower system performance. Remember that we are playing this game from an SSD, which means that storage shouldn't be the limiting factor here.

In Kashyyyk, these stutters can happen during level traversal and in combat, while other early section of the game have these dips mostly during level traversal. In both cases, these dips can break immersion, and in the case of the in-combat dips, it harms gameplay. These dips can be mitigated by using faster processors and faster memory, but Respawn shouldn't rely on PC gamers upgrading their hardware to address this kind of issue. 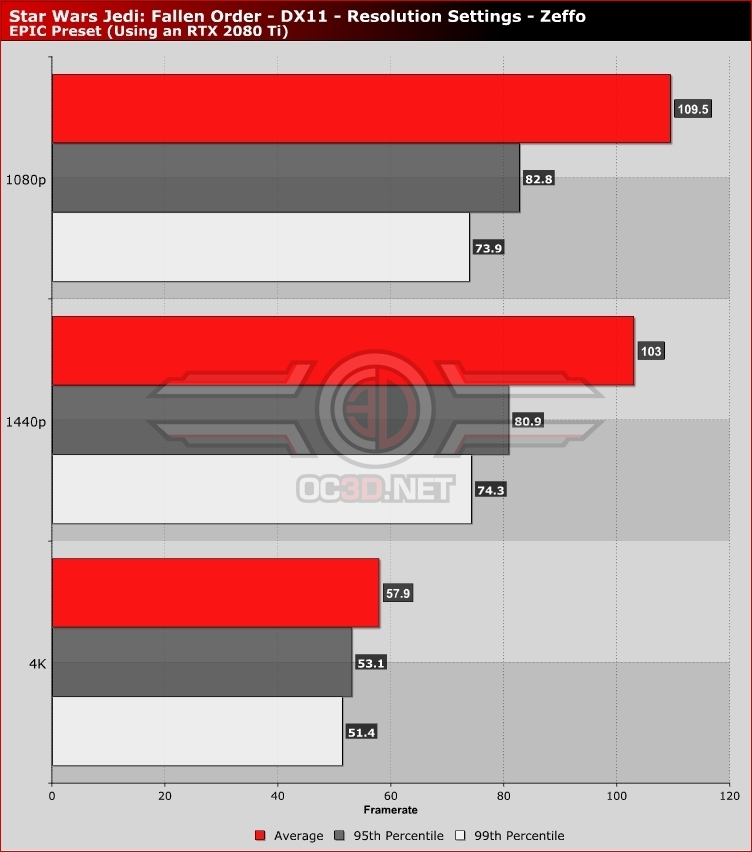