The Best Settings for Kena: Bridge of Spirits - A PC Optimisation Guide

Every Setting Tested - What has the largest impact?

Every Setting Tested - What has the largest impact?

This took a while, but we were able to test every major graphics option within Kena: Bridge of Spirits. This had allowed us to tell you which options are worth altering within the game, and which options have the largest performance and visual impact.

The option that had the most impact on Kena's performance is shadows. Setting shadows to High or Medium delivers a major performance increase. Moving from ultra to High deliver a greater than 10% performance uplift, and most gamers will not be able to notice that the option has been downgraded. You will need to be looking for the change to notice it.

Beyond Shadows, the best option to downgrade is Volumetric Fog. Setting Volumetric Fog to medium will not have a major impact on Kena's visuals, but it will deliver gamers an average framerate boost of around 8%. Moving down to low will have larger visual consequences, especially at lower resolutions. That said, unless you are looking for the change, most gamers will be unable to see major differences between High and Low.

Last, but not least, we have ambient occlusion. Most gamers will not be able to see major differences between high and low ambient occlusion while playing Kena; Bridge of Spirits. This setting has a smaller performance impact than Shadows and Volumetric Fog, but it is enough to increase the game's average framerate by 4-5%. 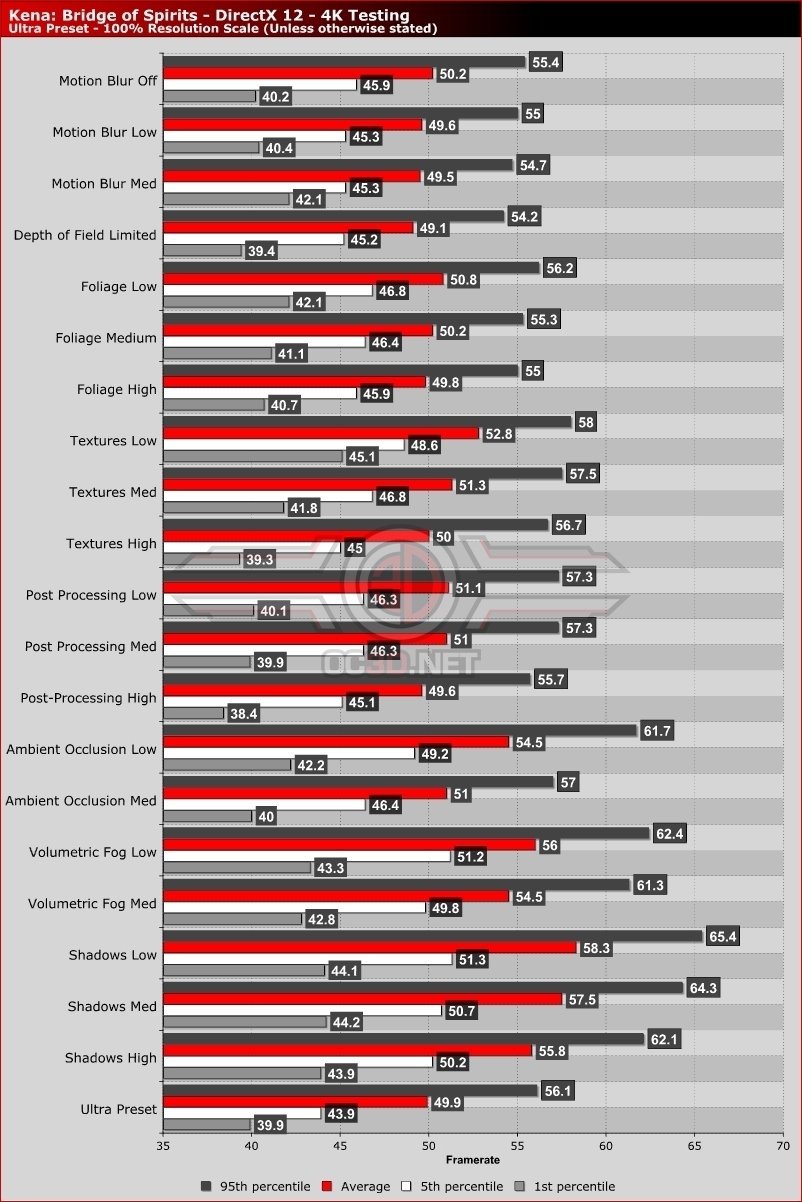 Lonestar166
Thank you for this article. So many folks say a game is not optimized, when all they really need to do is check their settings. This article proves that no, you don't need the latest and greatest hardware to enjoy the game.Quote
Reply