At 4K, Total War: Three Kingdoms is an incredibly demanding title, pushing Nvidia's RTX 2080 Ti to its limits. Even at High settings, the game averages 53 FPS and offers minimums in the 40s in medium scale battles. We are going to have to wait for future GPU generations before we see Three Kingdoms averaging at over 60FPS in this title, at least at these settings.

For a 4K 30+ FPS experience, graphics cards like the GTX 1080 Ti and RTX 2080 should be sufficient, though we would recommend capping the game at 30FPS to help ensure smooth map scrolling. Resolution scaling options are also worth looking into here, as it could be used to help claw back some graphics performance, though this will come at the cost of graphical clarity. 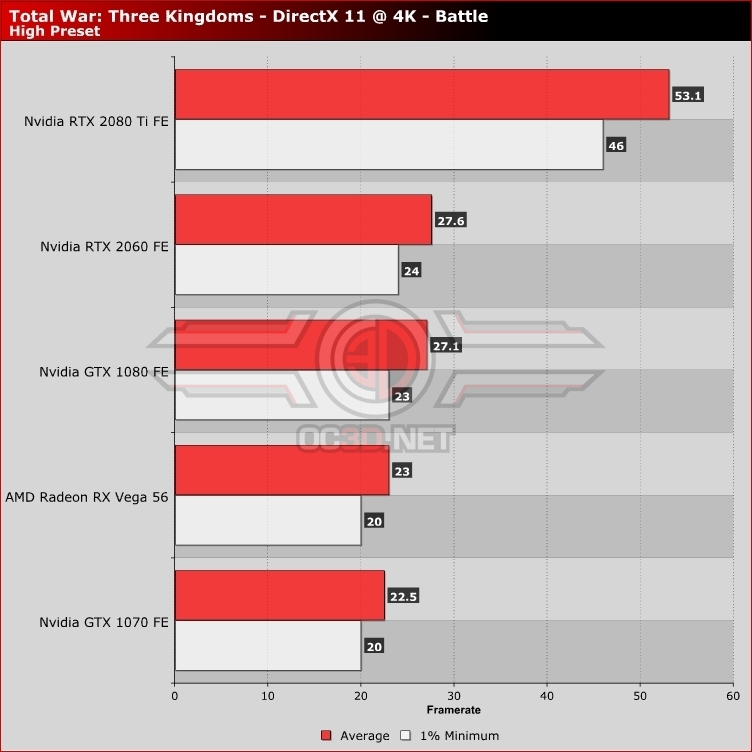 In Three Kingdoms' Campaign mode, framerates remain similar to the title's Battle mode, with our Nvidia and AMD graphics cards offering slightly higher average framerates. Again, it will take a while before Total War: Three Kingdoms will be playable within this game at 60+ FPS, especially if higher graphical settings are targetted. 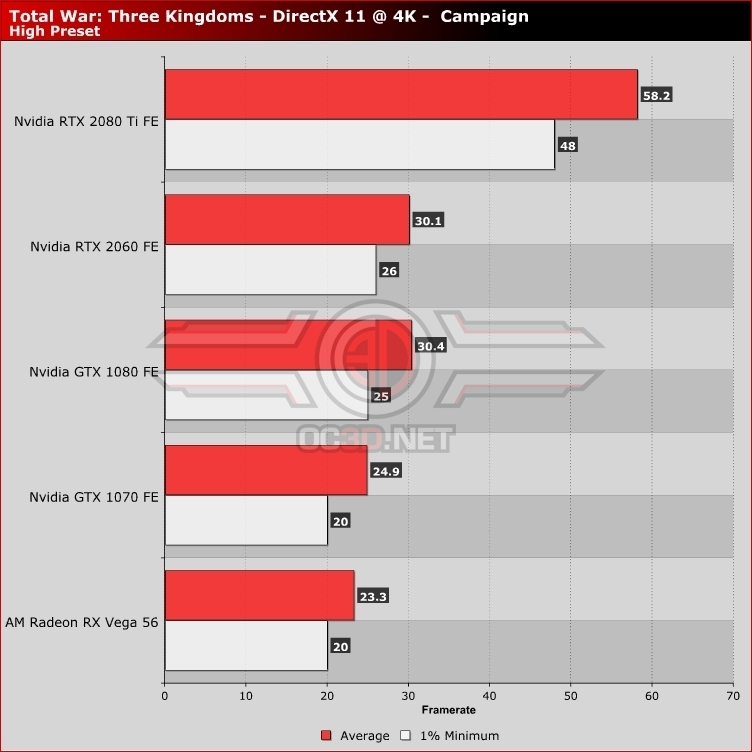