This feature ensures that the maximum level of texture detail is utilised in Total War: Three Kingdoms, a wise decision given the minimal impact that texture settings have on game performance. So long as you have enough space within your GPU's frame buffer, texture settings within PC games have a negligible impact on performance, at least in most cases.

Moving from Total War: Three Kingdom's Low preset to Medium results in a significant uptick to the levels of graphical fidelity that are offered by the game, adding shadows to the campaign map alongside higher quality trees and a larger number of trees and other geometric features on the campaign map. Three Kingdoms' medium settings will also decrease pop-in within the campaign map, creating a smoother looking appearance when scrolling through the game world.

All that said, Total War: Three Kingdom's low preset is more than good enough to deliver players a pleasing game experience, with the improved framerates that are offered by these settings making the game well suited to older gaming PCs and notebooks. 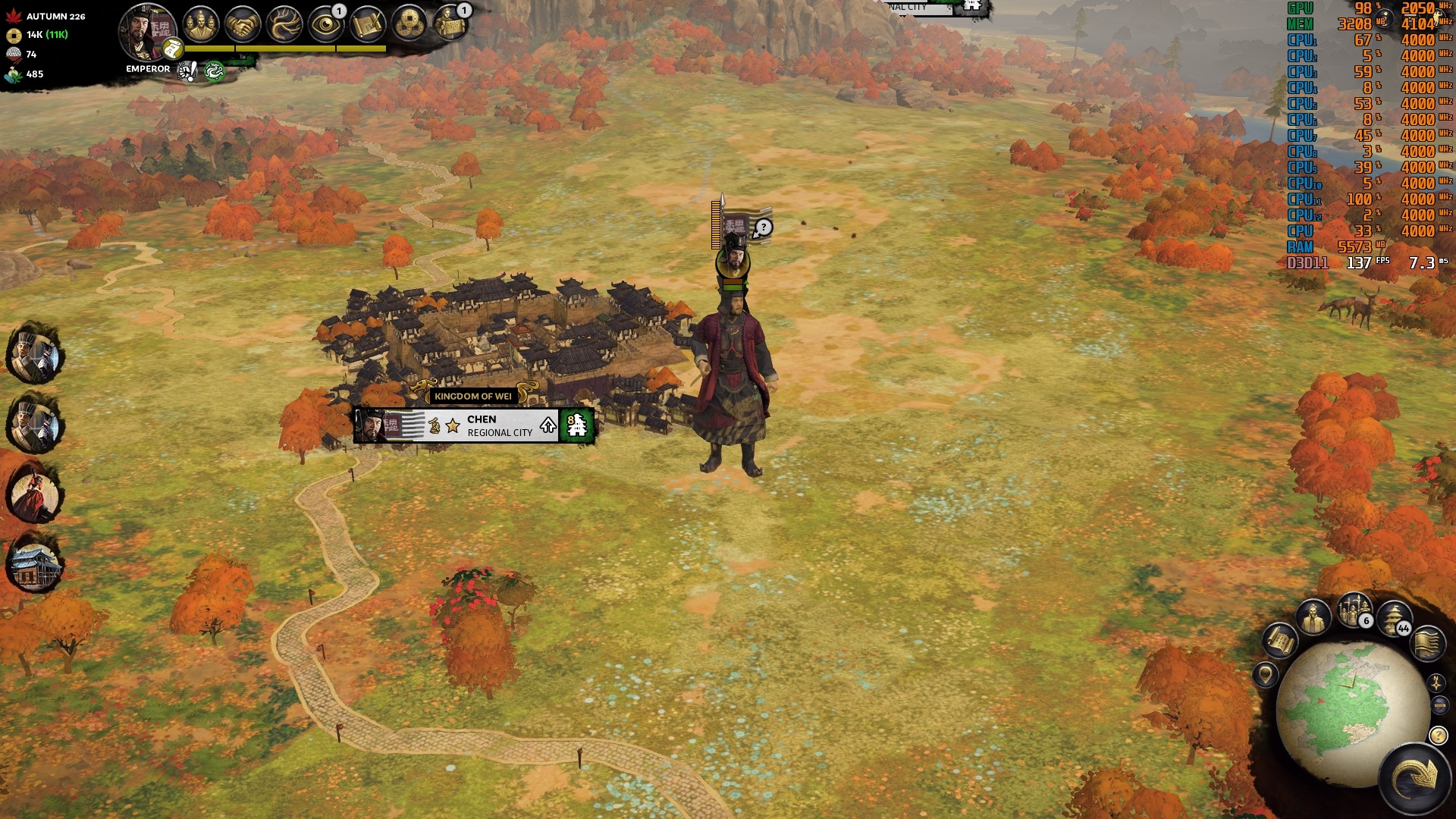 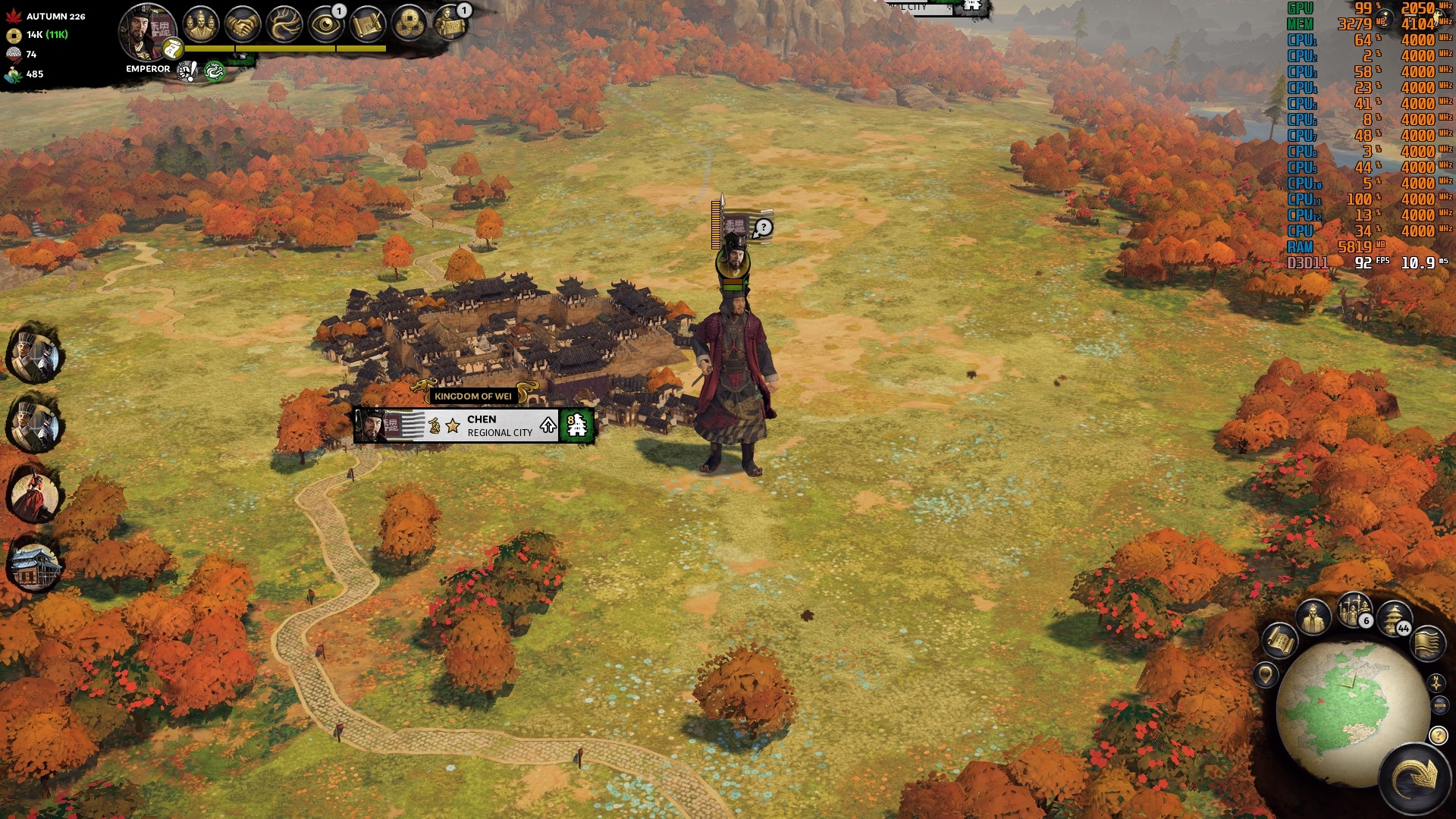 Moving to Total War: Three Kingdom's High settings will activate the game's Temporal Anti-Aliasing (TAA) solution, resulting in a considerable increase in the game's sharpness while making the game appear less grainy. In all, TAA delivers PC gamers a massive improvement to Three Kingdom's graphical fidelity, dealing with much of the game's aliasing while delivering sharper results than FXAA.

At High, we can also see that the geometric detail of the scene has increased further, especially within cities, and that shadows are being rendered to a higher level of detail and at distances that are further from the player's viewport.

Given the additional sharpness and the respectable game performance levels that are offered by these settings, Total War: Three Kingdoms' High preset is the preset that we believe that most PC gamers should target, assuming they have enough PC performance to achieve playable framerates. 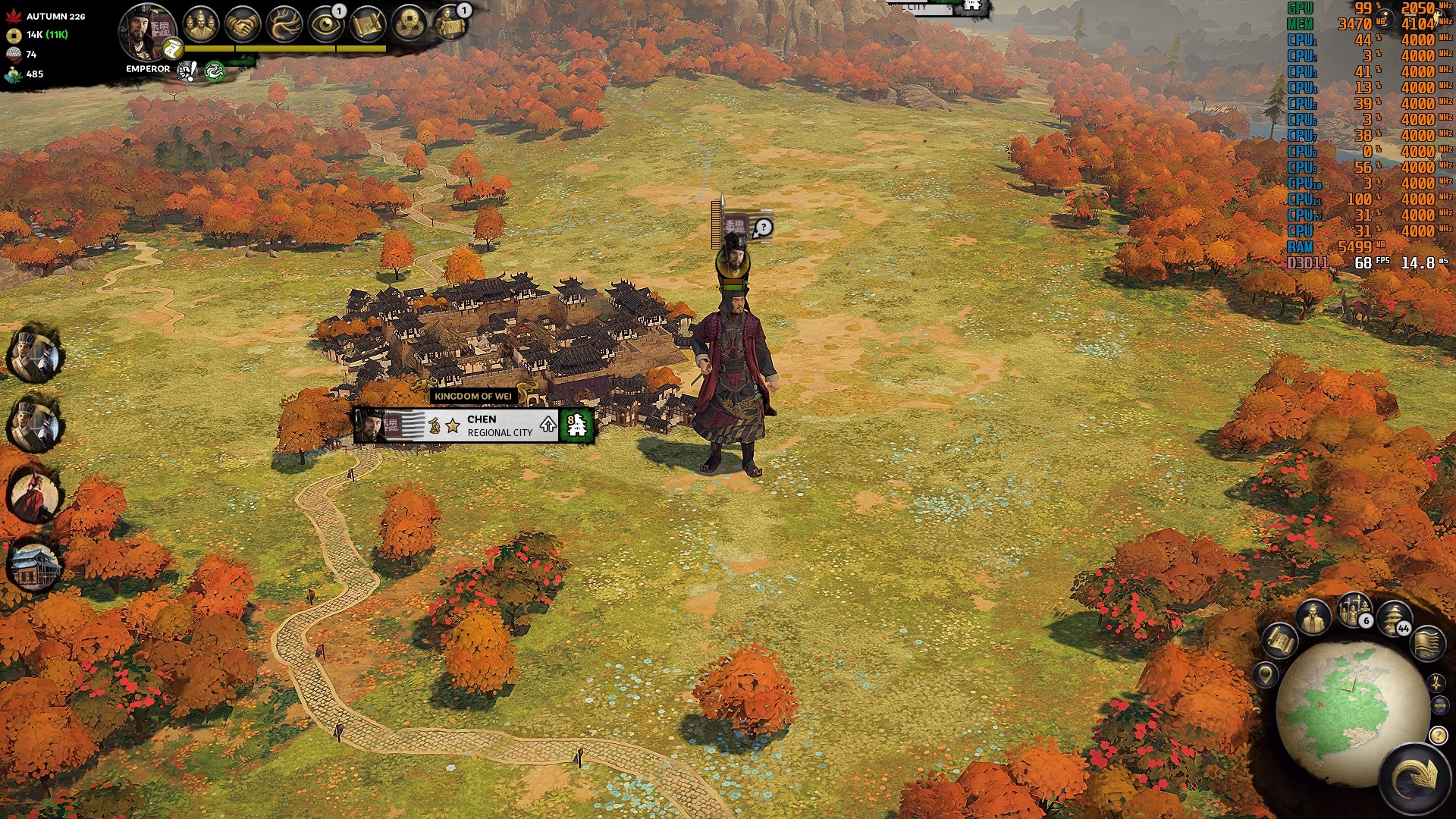 Even with these changes, it is hard to call these changes worthwhile when it comes to performance cost, as most PC gamers would prefer higher framerates over higher levels of graphical detail. Ultra settings at 1080p will require a graphics card that's on par with the RX Vega 64 or GTX 1080 to achieve 60FPS framerates, and even then dips below that target will be frequent. 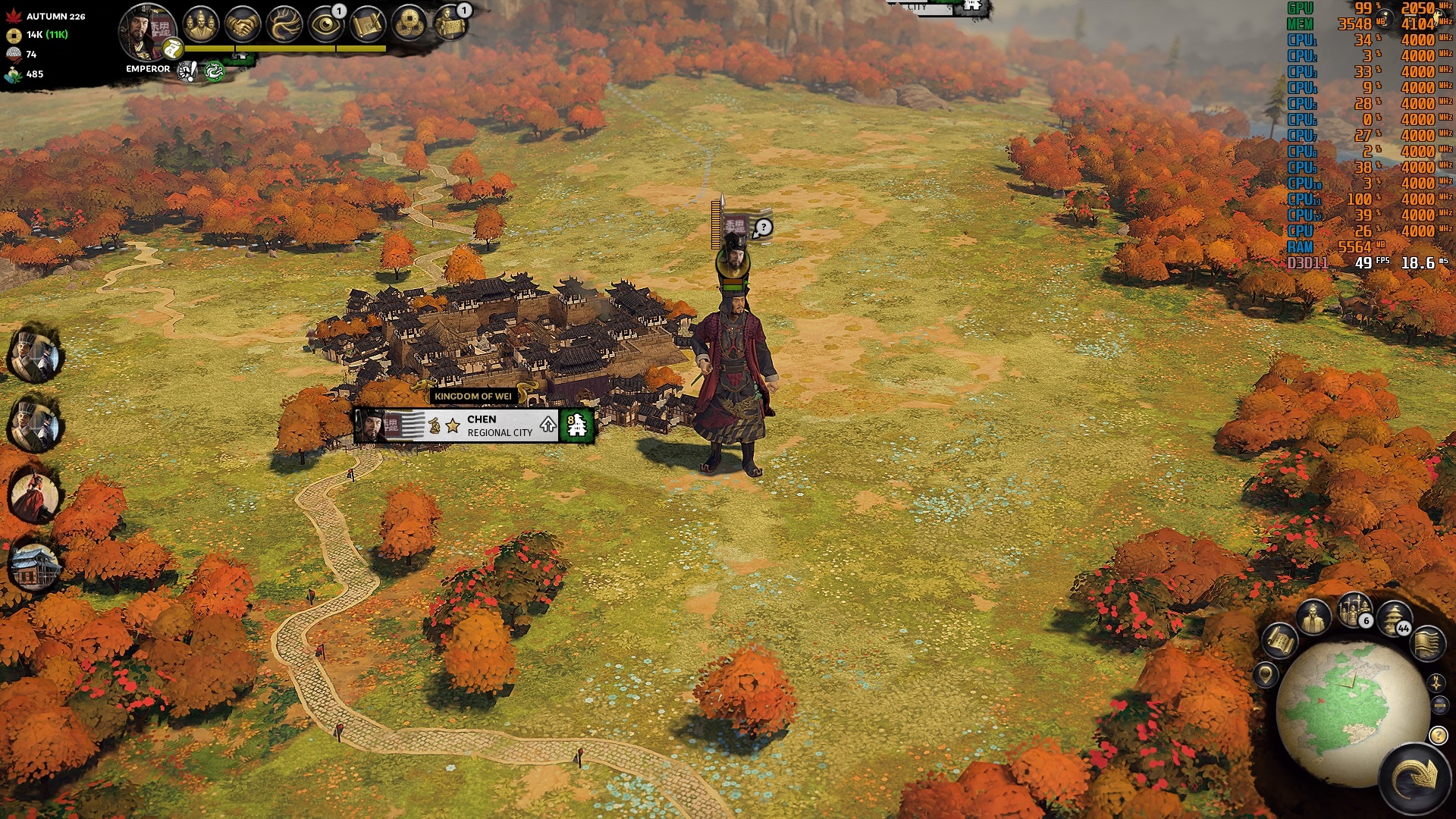