Total War Warhammer III is a demanding game, especially when playing the game at high resolutions like 1440p and 4K. Even at 1080p, this game can be hard to run at 60+ FPS framerates, as the game is hard on on CPUs and GPUs. At 1080p in Total War Warhammer III's campaign benchmark, steady 60+ FPS framerates are not achievable with our Ryzen 9 3950X and a RTX 3070 Ti.

With patch 1.2, Total War Warhammer III becomes a lot more stable. Average and lower percentile framerates increase significantly at 1080p, and the game feels a lot less stutter during gameplay. While performance gains are minimal at higher resolutions, the game does feel a lot smoother during CPU-limited instances. In all, Total War Warhammer III's campaign map feels a lot smoother now, at least on our test system. 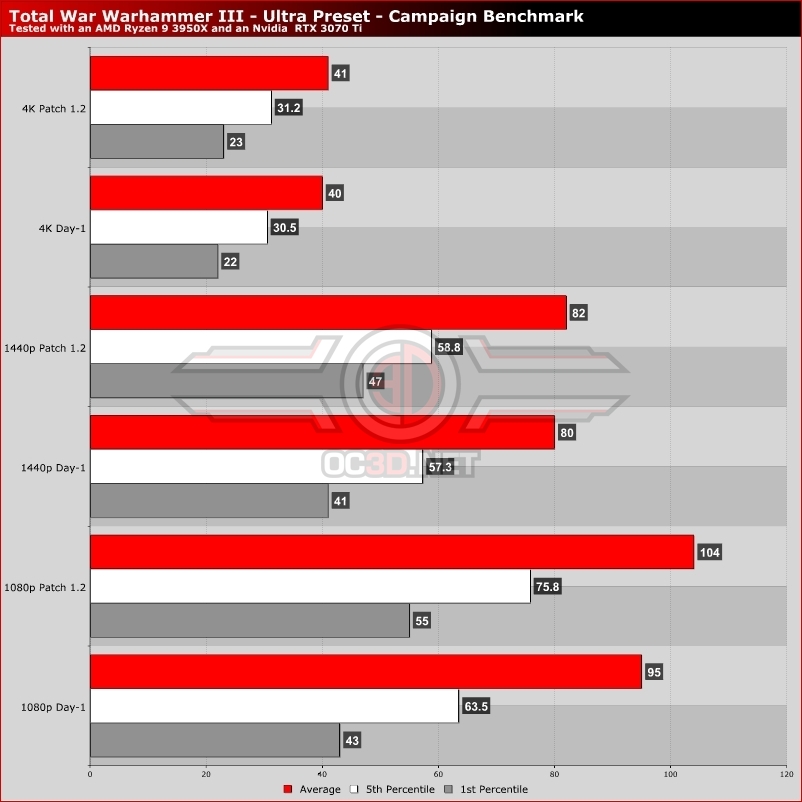 Moving onto Total War Warhammer III's Battle Benchmark, we found that Total War Warhammer III's patch 1.2 delivers us lower performance gains that what we saw on the game's campaign map. This was not unexpected given the fact that this mode is a lot less CPU-limited than the game's campaign map. Even so, framerates are a little higher with patch 1.2. Our performance gains may not be huge, but every little helps. 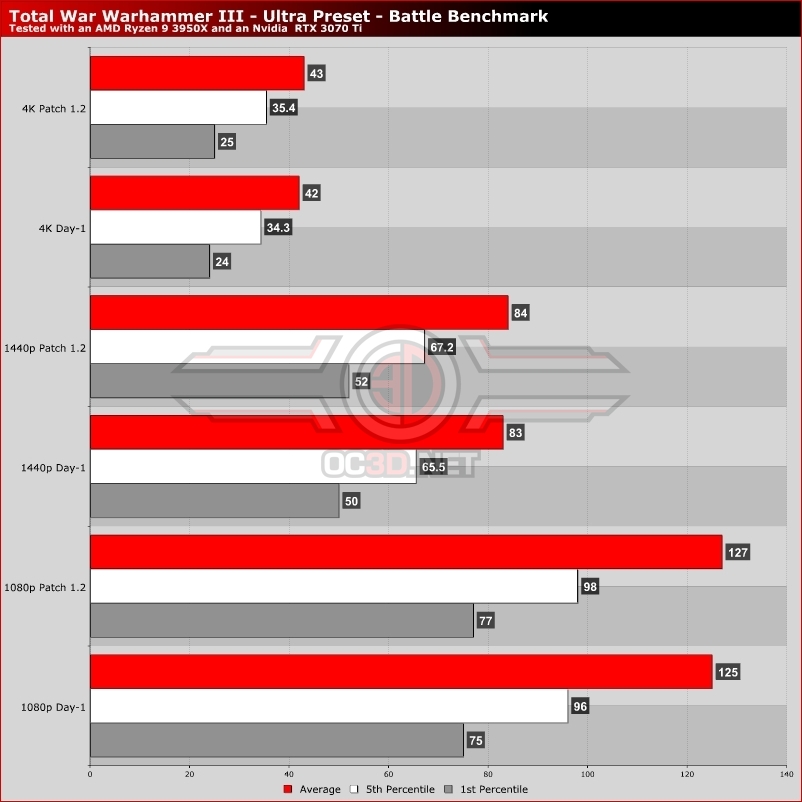 NeverBackDown
If you want further performance improvements, get the UI Performance mod, it fixes the stutter when you select anything from the UI such as the Diplomacy screen, Faction Screen, etc.

The engine is searching for files in a folder that has nothing in it, so it has to search the entire Warhammer 3 folder to find the files it needs to load the data. That's the stutter there... That's a simple fix CA could have done since Warhammer 1... It's always been an issue.

All the mod does is copy the files it searches for and paste it in the first folder it searches.Quote

WYP
Quote:
Thanks for the info. That's very good to know. I'll need to look into that one for my future campaigns.Quote

NeverBackDown
It is save compatible as far as I know. It's in the steam workshop as well.Quote
Reply