If you skip over to our VRAM usage page you can see that Wolfenstein II can be a VRAM monster, explaining why Machine games have placed 4GB of VRAM in the title's minimum PC system requirements.

At the game's highest preset we even found 4GB GPUs to struggle with 1080p gameplay at Max settings, leaving us to wonder whether or not the time of 2GB GPUs is finally over. Thankfully users of older GPUs like our R9 380 and GTX 960 are able to play this game with averages that approach 60FPS, though it is clear that higher-end hardware will be required to play this game at a more satisfying framerate or higher graphical quality settings.

In Wolfenstein II: The New Colossus, the game simply feels slow when running at a framerate that is much lower than 60FPS, making our GTX 960 and R9 380 a less than satisfactory gameplay experience until we played the game at Low settings and disabled anti-aliasing. At these settings, the game became playable in our demanding test case, though obviously the lack of AA really harms the game's presentation. 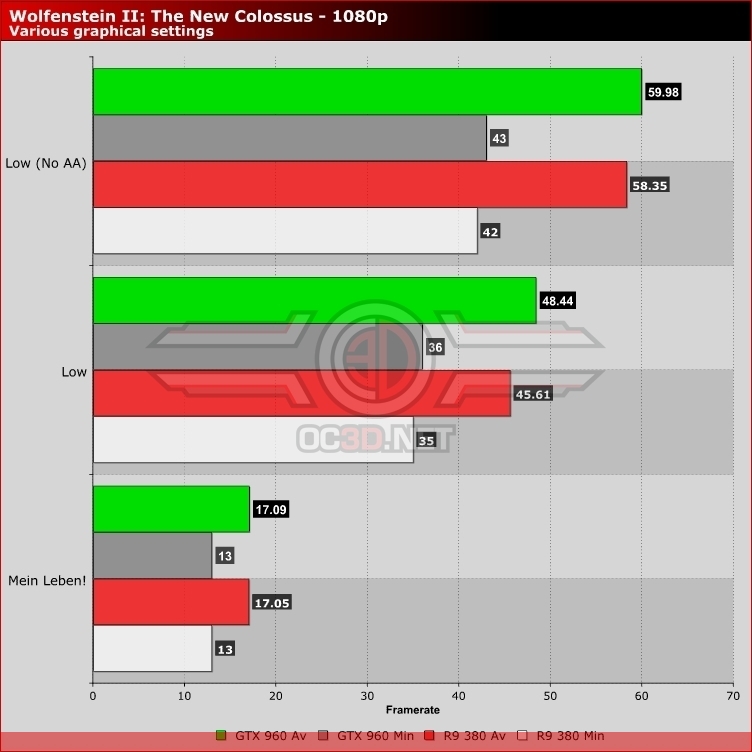