CPU Benchmarks - Ryzen & Intel - Do you need a big CPU to fight some Nazis?

CPU Benchmarks - Ryzen & Intel - Do you need a big CPU to fight some Nazis?

In our CPU testing, it is clear that Wolfenstein II is not CPU limited, with even our dual-core quad-thread setup offering a satisfactory gameplay experience. When comparing Ryzen and Intel Broadwell-E we also found a very limited performance difference, one that is almost negligible in the grand scheme of things.

One of the big advantages of low-level APIs is the ability to get more from modern CPUs and take better advantage of the hardware available, with Machine Games showcasing exactly how much the Vulkan API can offer gamers, delivering framerates of well over 60FPS when we restrict our system to only two CPU cores. This is great news for those of us that use older CPUs. 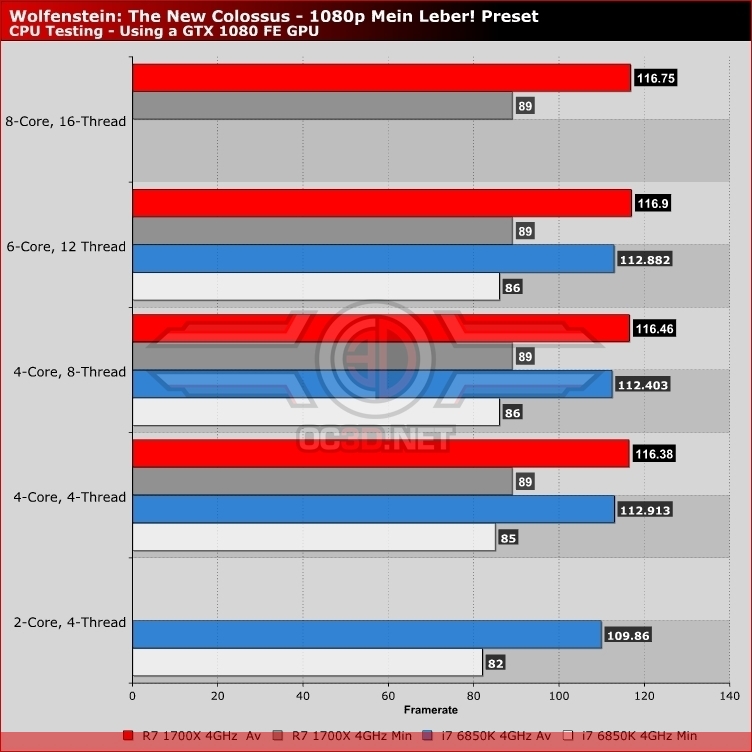