When comparing our RX 480 Strix and GTX 1060 Strix GPUs it is easy to see that AMD has the advantage here, though what is more telling about AMD's advantage here is that we were not even using Async Compute on our RX 480 GPU.

Disabling Async Compute was not a deliberate attempt to hobble AMD's performance but was due to the simple fact that on during testing that we suffered from Async Compute related stuttering when testing this particular GPU. This was using both old and new drivers from AMD and even when using the game latest and beta patches, leaving us no choice but to disable the option, though even after that AMD's RX 480 is able to beat its equivalent Nvidia counterpart.

When the game did not suffer from 3-6 second stutters when Async Compute was active the RX 480 achieved higher average and minimum framerates, offering a performance boost of around 8-12% depending on the scene, though the stutters ultimately made the game unplayable. This issue may not affect all players, but it has presented itself as a problem in our own testing. 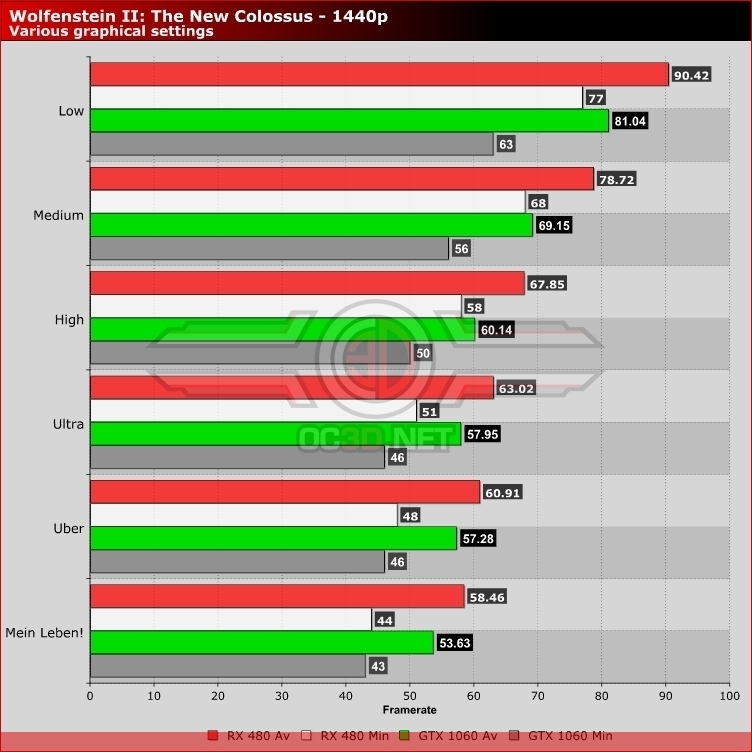