FSR Performance Tested - How many more frames will FSR give us?

FSR, are the performance gains worth it?

Based on the data below, which was recorded using an RTX 3070 graphics card and an AMD Ryzen 9 3950X processor, FidelityFX Super Resolution has the ability to deliver significantly higher framerates within World War Z. A 40% increase in the game's average framerate is possible when FSR is set to Ultra Quality mode, and performance is only boosted further when lower quality FSR modes are utilised.

When compared to World War Z's built-in upscaling technology, FidelityFX Super Resolution delivers lower framerates when the game uses the same internal resolution. For FSR's Ultra Quality mode, which is equivalent to a 77% resolution scale, a difference of less than 5 FPS is recorded. With average framerates of over 130 FPS, a 5 FPS difference is minor.

Should FSR deliver image quality levels close to a native 4K, these performance gains will be seen as more than worth enabling FSR. If you are lucky enough to own a 120Hz+ 4K screen, FSR will allow you to reach the highest refresh rates of your monitor with much greater ease. 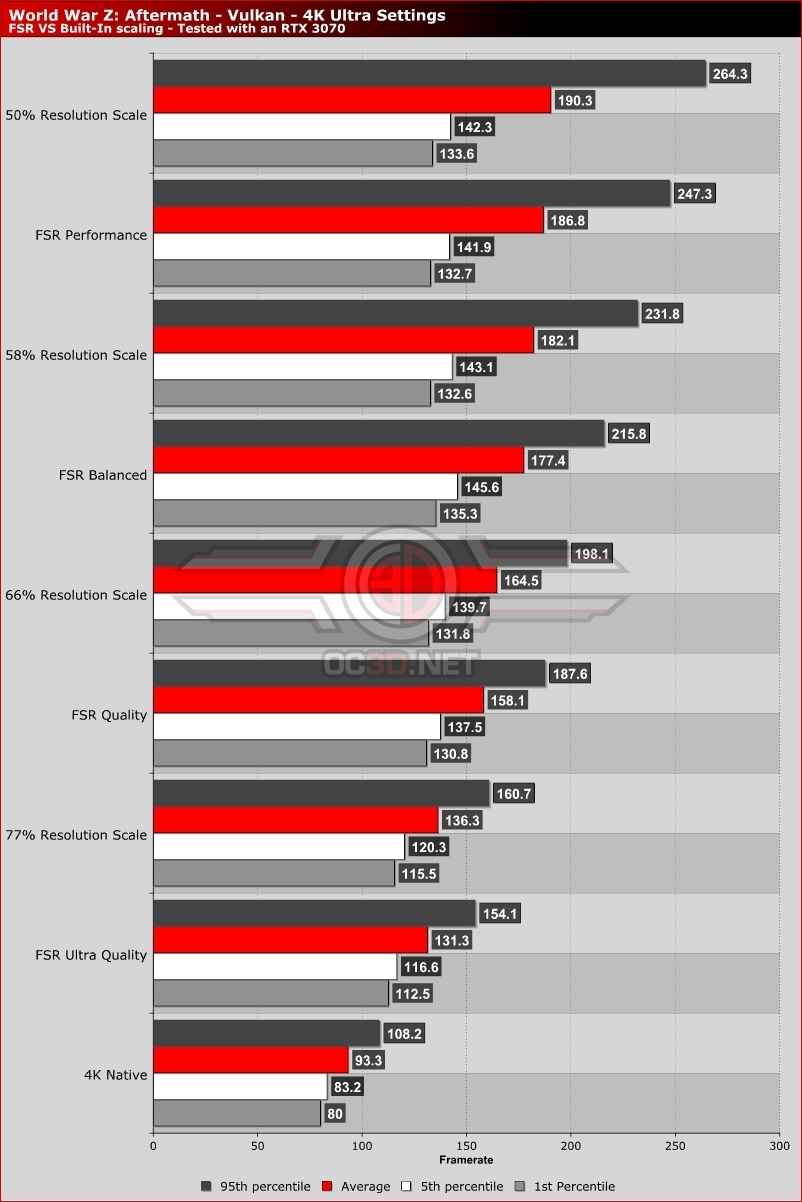