Below is one of the most demanding areas in Yakuza Kiwami 2's early game, showcasing a city scene at night that's illuminated by neon lights and filled with NPCs.

At low settings, the game looks bad, with low-resolution textures taking away from the title's attention to detail while reducing the polygon counts of NPCs and other geometric objects. Even with these downgrades, the main thing that impacts performance here is the Low Preset's use of a 75% resolution scale, making the other graphical downgrades seem pretty pointless by comparison.

At 1080p a 2GB graphics card and run Yakuza Kiwami with High textures, giving modern gamers little reason to use lower texture settings. That change alone would greatly enhance the game's visuals, having an unnoticeable performance impact to most players. 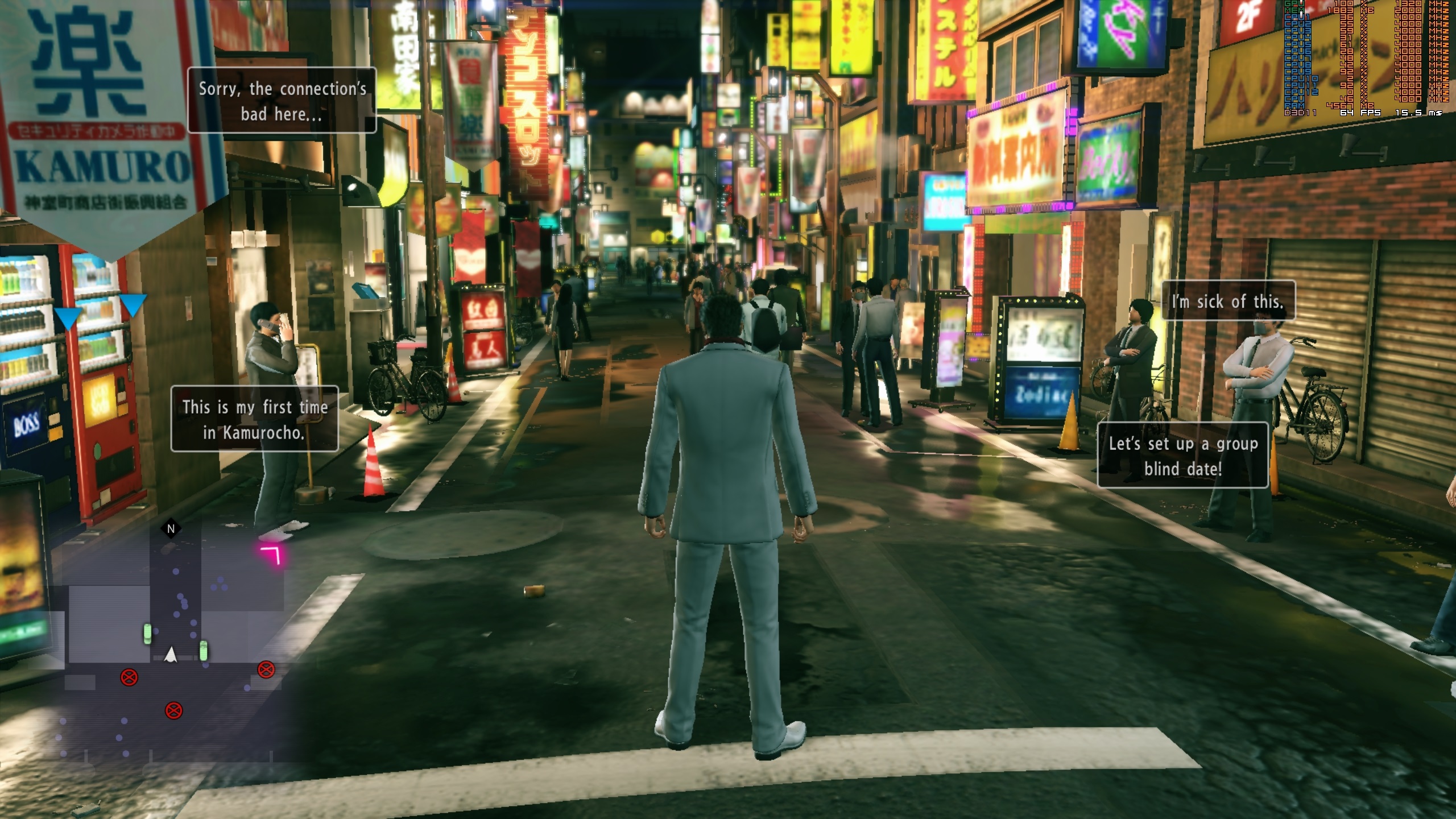 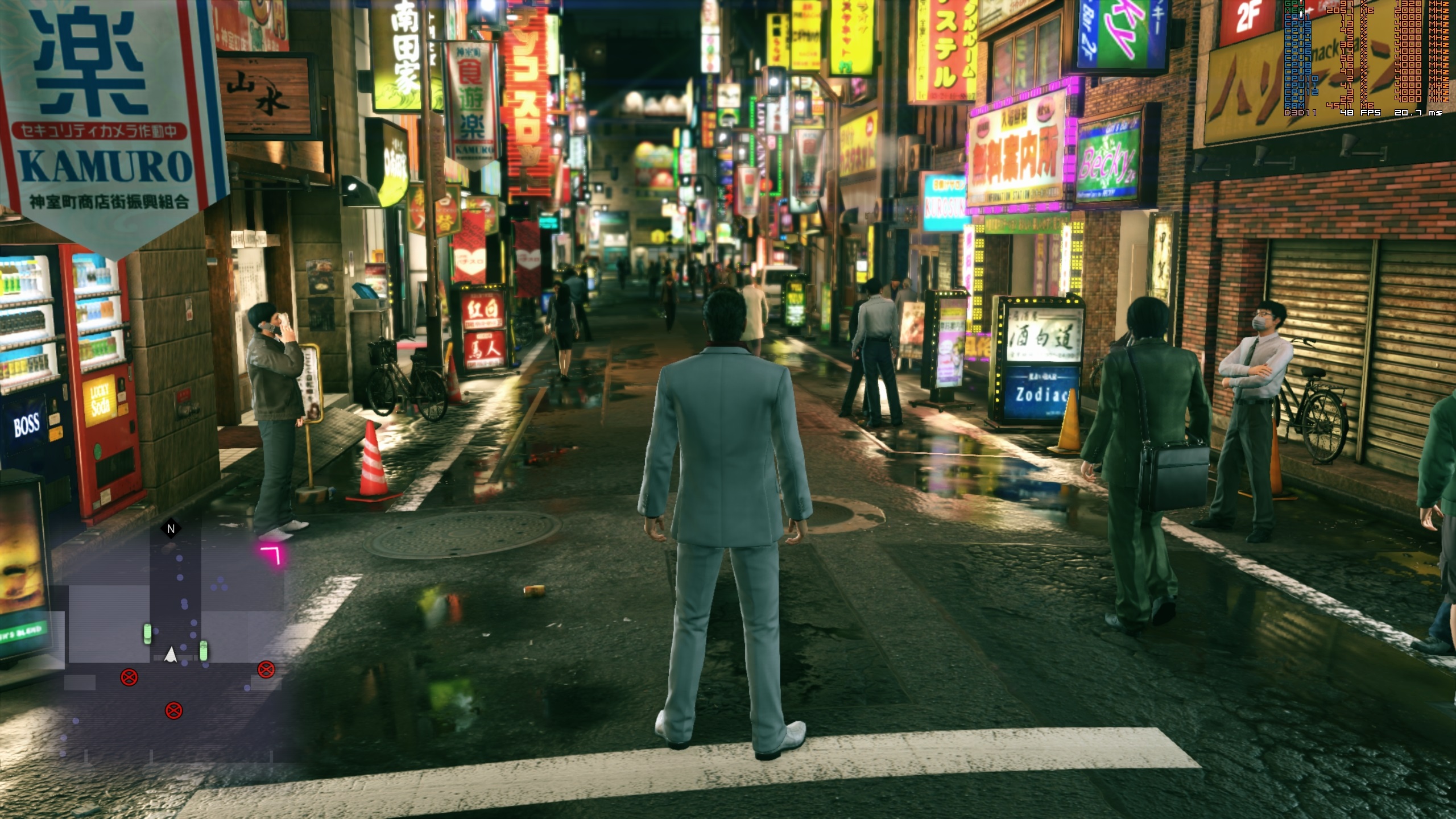 Cranking the game up from Medium to High results in significant increases in sharpness within Yakuza Kiwami 2, thanks to increases in texture quality and a movement from a resolution scale of 83% to 100% creating a native resolution image.

In terms of performance, it's resolution scale which primarily changes Yakuza's framerate, so much so that the game's other settings changes are inconsequential by comparison. 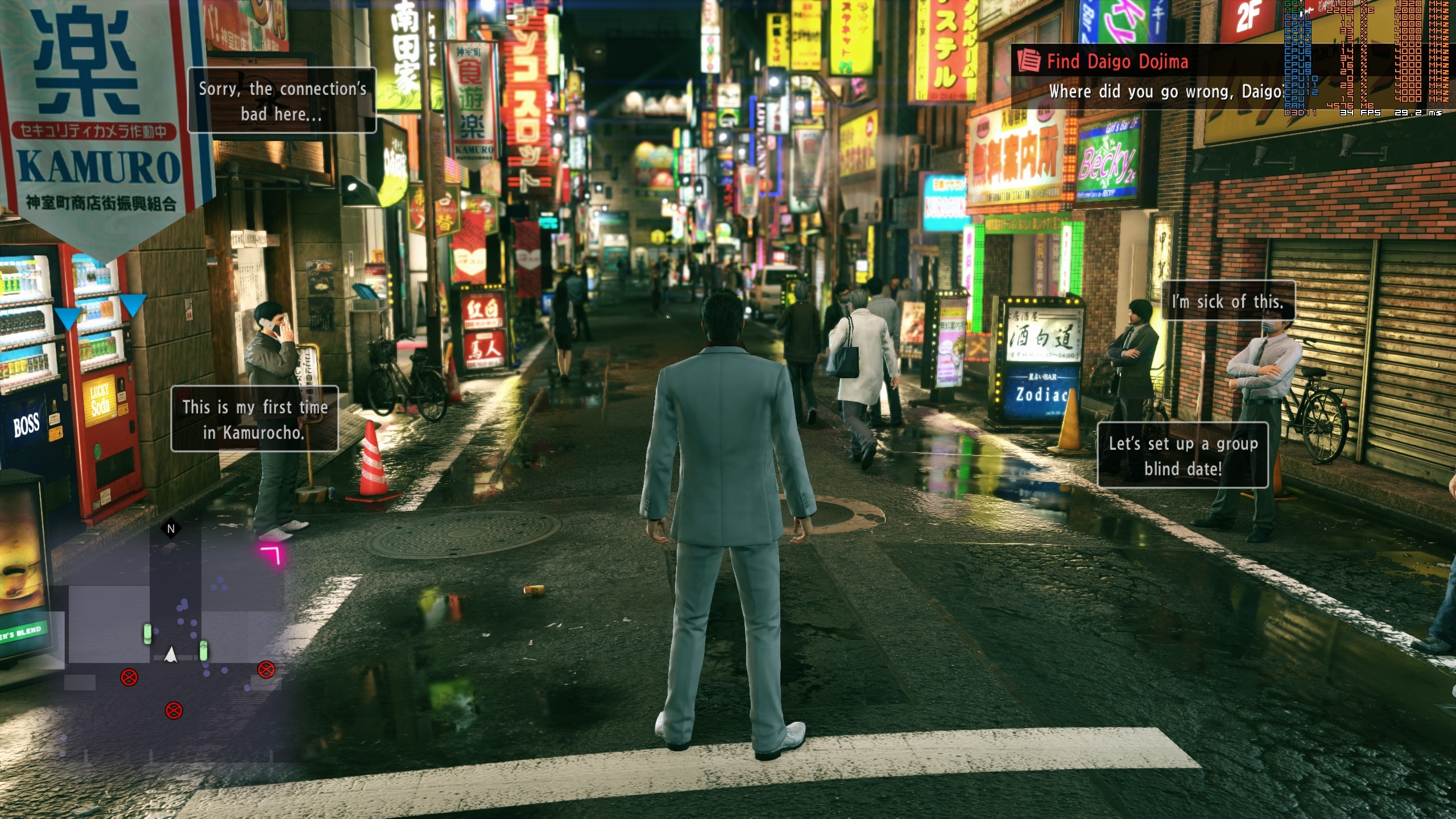 When comparing High and Ultra, you could be forgiven for not noticing the graphical difference between these settings. The general detail of the image is the same, the resolution is the same, and the only differences are due to subtle changes to the scene, such as changes to the city's neon lighting, rather than visible alterations to the game's graphical makeup.

If you look at the framerate of this scene, you will see no notable differences between High and Ultra, which makes sense given the nigh-identical visuals. 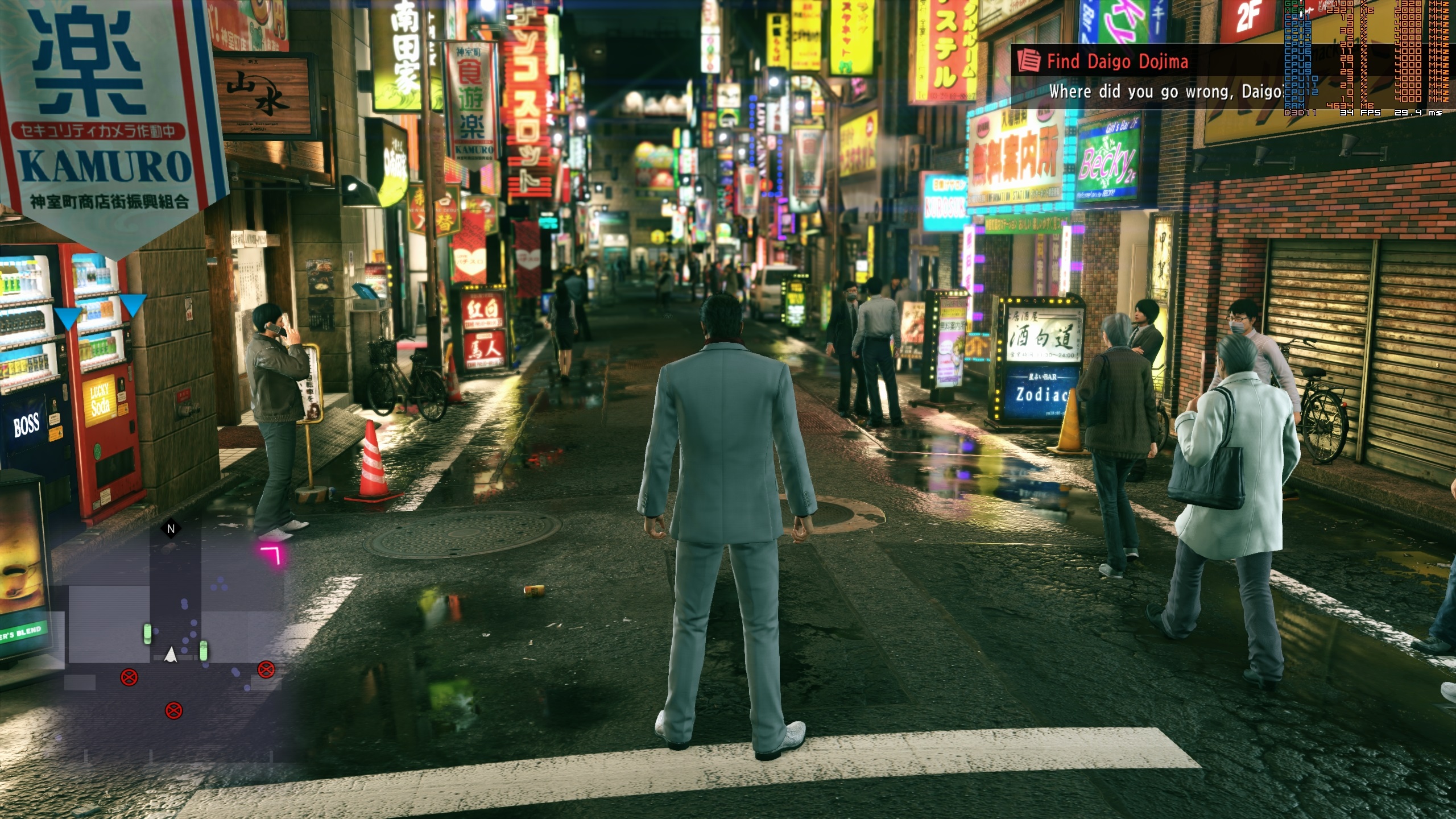