Resolution Scaling - The Best Way to Boost your GPU performance?

Resolution Scaling - The Best Way to Boost your GPU performance?

Running games at a 4K resolution is a challenging task. All modern graphics cards are stretched to their limits at 4K, with even £1000+ graphics cards like Nvidia's RTX 2080 Ti finding 4K 60FPS framerates challenging when playing modern games at their highest settings.

Resolution Scaling has proven to be a popular performance tweaking tool in many modern console releases, bringing 900p images to 1080p screens or resolutions like 1440p or 1800p to 4K on revamped consoles like the Xbox One X and PlayStation 4 Pro. Now, these options are becoming commonplace on PC, allowing gamers to free up some additional resources to run their game on 4K screens on more budget-friendly hardware.

Like before, we have used in-game performance results instead of Zombie Army 4's built-in benchmark. 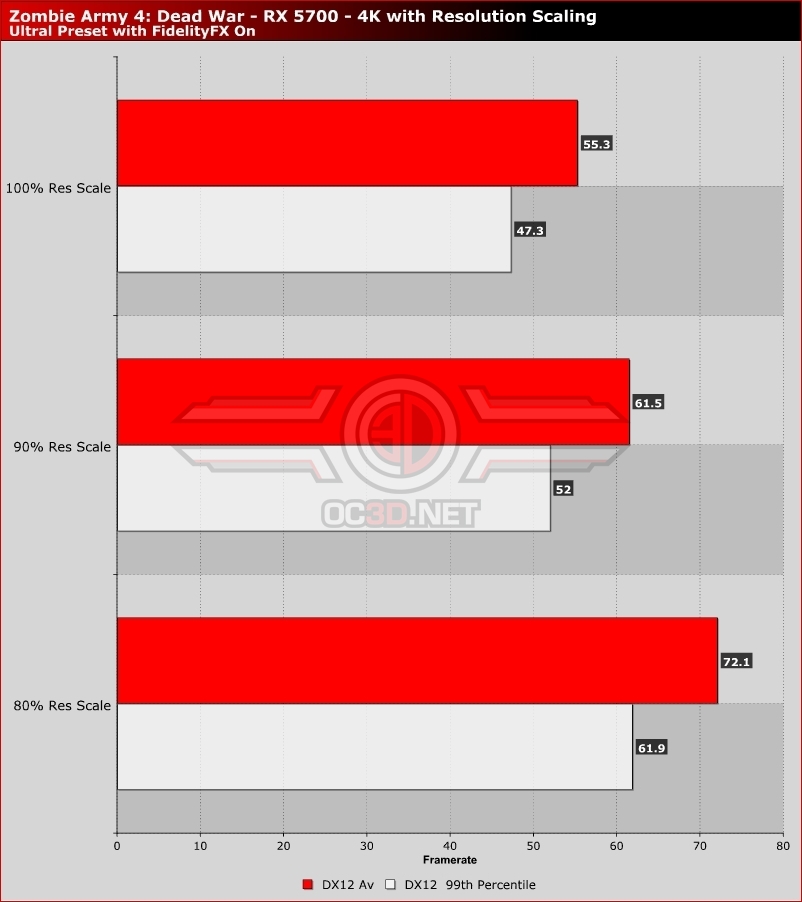 Notice how the 80% scaled image is noticeably blurred when compared to the true 4K image. When using a small 4K monitor or when sitting far away from a 4K television, the difference between these two images is more challenging to spot. The comparison below amplifies the severity of the game's quality loss when using an 80% resolution scale. 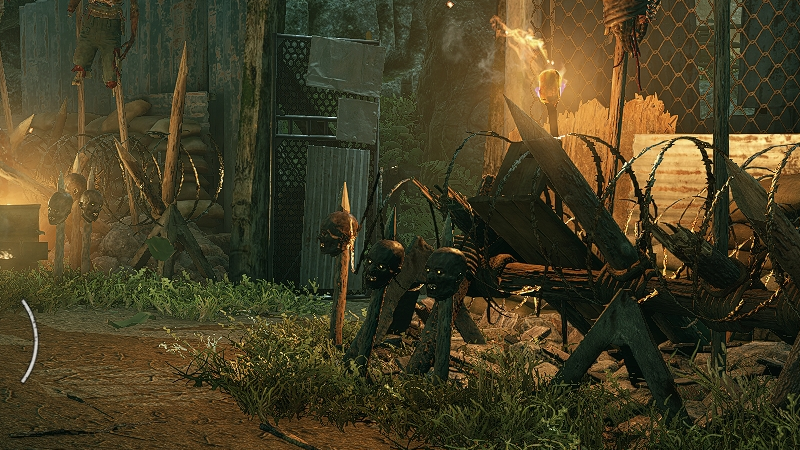 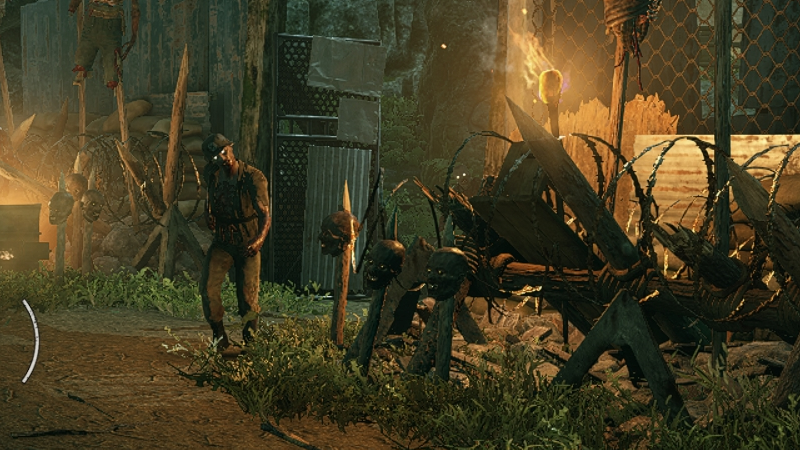 NeverBackDown
Happy to see the nonbiased performance in this game. Just 2 modern APIs being used to the best degree possible and showing the barely different performance levels of competing cards.

It's also worth noting how Vulkan appears to be superior. The recent R6 Siege switch to Vulkan with Ubisoft stating better CPU performance, and having this game perform generally better with Vulkan, may actually be the fact that Vulkan is just simply faster right now overall. Plus it's also multi-platform. Seems like a no brainer currently(that is unless you want Ray Tracing).Quote

WYP
Quote:
The Khronos groups have done a great job improving Vulkan's feature set. That said, they need to figure out how to deliver a DXR equivalent. Right now raytracing is only available using Nvidia's extensions with Vulkan. However, I hear that talks are in progress for Microsoft and Khronos to help create a more universal standard, likely by having Khronos use a similar approach to Microsoft.

Khronos has made Vulkan a lot easier to develop for with recent iterations, so it will be interesting to see how things evolve. Right now, DX12 will have an advantage in the near-term if raytracing starts to see wider adoption.Quote

NeverBackDown
While you aren't wrong, i'd argue RayTracing is less important than raw performance. Ray Tracing is a looooong way from being a standard feature. So i'd take the performance benefit, rather than massive performance penalties for an unequal graphical uplift.

And technically with the wrapper, Vulkan created to help port DX12 code over to Vulkan natively, you could in theory use the RT libraries already. Though I can guarantee it'd be more complicated without the official support to build more off of the ported code.

I don't doubt they are collaborating on a RT library. It's a complicated feature and reducing the effort for developers is key for them using it anyway. Leads to better implementations, shorter development time, and less money spent. Win-Win-Win for everyone. Though again I am definitely glad you are hearing of a collaboration. I would be thrilled for that!Quote

Vulkan's lack of official raytracing support is why only one Vulkan game supports RTX, and it was delivered very late. Wolfenstein: Youngblood. This could also be a reason why id software decided to drop raytracing for DOOM Eternal, or a contributing factor at the very least.

I think the conversation is gonna change very quickly with regards to raytracing. By the end of this year, two consoles and both AMD and Nvidia will support it.

Another factor that's worth noting is that today's RTX series will always be Nvidia's worst-performing raytracing accelerated graphics cards. Future architectures will enhance raytracing capabilities (which will decrease their performance overhead) and increase their normal shading performance.

I believe that Khronos will discuss Vulkan raytracing at GDC, but it will be a while before it becomes a full part of Vulkan (likely with Vulkan 1.3).Quote
Reply