QLC NAND is designed, in conjunction with the Phison PS5012-E12S controller, to utilise the QLC as SLC NAND in immediate request calls, then transferring that to the longer term but slower QLC NAND itself when it can. This test just writes data to the drive constantly to flood that cache and eventually hit the point at which the drive slows down to cope. In the case of the Corsair MP400 we were over 750GB consecutively written before things started to slow down. Someone cue up the C&C Music Factory... gonna make you sweat.

The drive hit the buffers about twice as quick as the 8TB Sabrent did so considering the drive is half the size thats exactly where we would have expected it. It also pretty much confirms that 1/4 of the unwritten portion of the drive (a quarter of the storage you have left on the drive) will be utilised as your SLC cache. If you write a huge amount of data in one hit then the graph shows below that you will end up with speeds below what we would expect from a SATA SSD. This will only matter if you are planning on writing over 800GB in a single hit though. Really wont matter to most of us or until the drive starts to fill up. 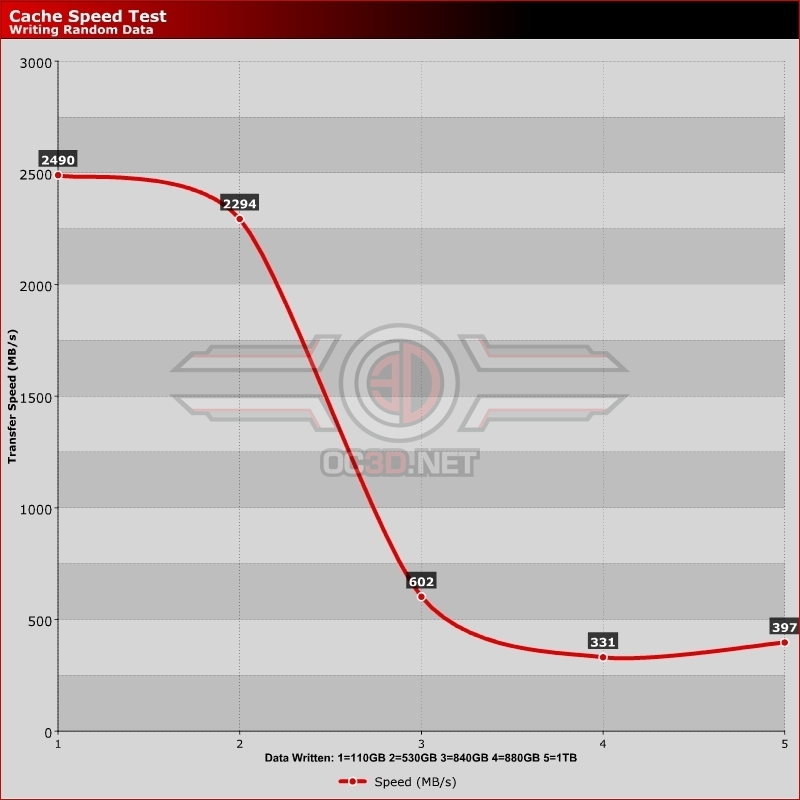