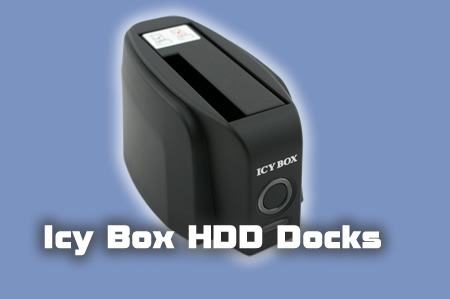 Lets make a start with the 110 series it comes in a box with a pretty girl on it that looks like she is auditioning for a Tampax advert but in the UK we all know we hardly care about this bit. In the box your just about to bin there is a power adapter, a manual no man will read and a USB3 A to B cable. 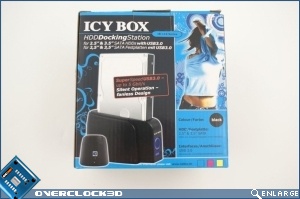 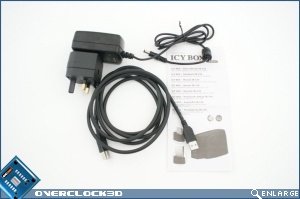 The unit supports both 2.5" and 3.5" drives, at the front there is a power light and a transfer activity light. Round the back sadly there is no thong but there is a handy power switch. 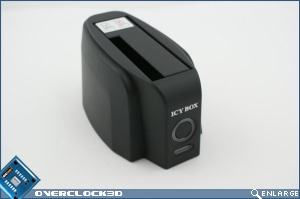 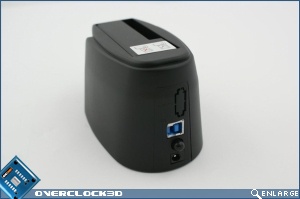 Using the dock is fairly simple, make sure your PC has USB3 drivers installed. Plug it in. Turn it on, and bam its like the HDD is in your PC 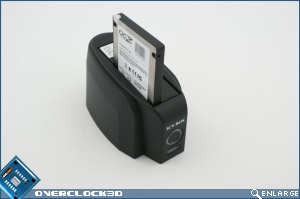 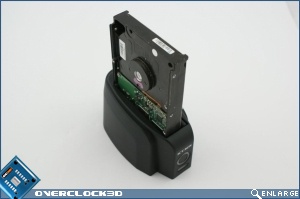 For those of you without USB3 but feeling the need for speed Icy Box do have an add in PCI-Express x1 card for a penny shy of £25. Again pretty box, but wahooo its got another and Ill try to be PC - 'beautiful specimen of the female form' on the front but sadly shes clothed and looks like shes dancing on another Tampax advert. In the box its very simple there's just the card, a driver disc and a manual you can use as a coaster. 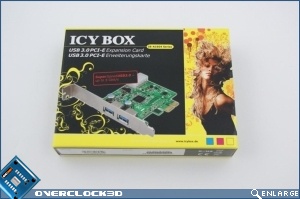 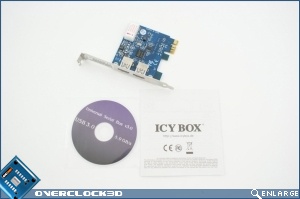 There is no internal USB3 but tbh Ive not even seen that on any motherboards let alone cases yet. It is worth noting that it requires a molex connection to power it, not the best thing if you are looking for that uber tidy case other than that its plug and play. 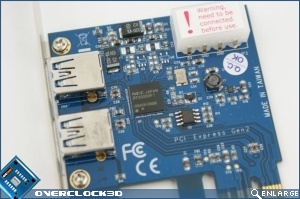 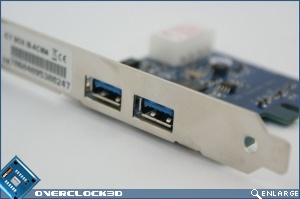 Yet again we have another pretty box with an excerpt from a feminine hygiene video. In the box there is a main power adapter, e-SATA and a USB2 A to B cable. 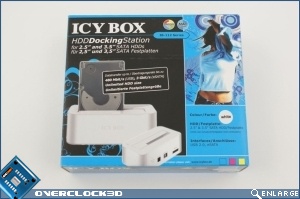 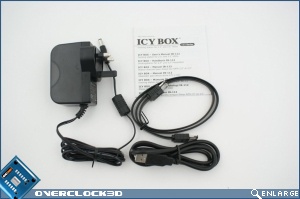 The unit itself has a very simple front with the ICYBOX logo on it, round the back you'll find the I/O connections, power jack and the power switch. 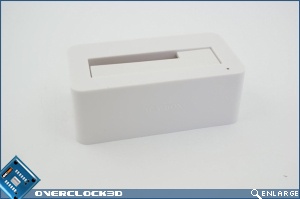 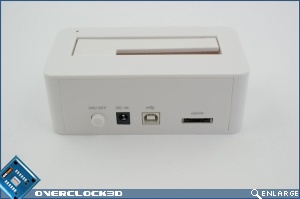 Again there is support for 2.5" and 3.5" drives, using the dock is very simple you just drop the drive in and turn the power switch on - job done. 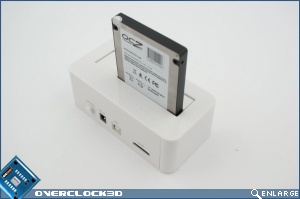 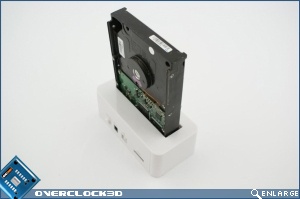 Right enough with all the boringly simple explanations about the units, I expect 99% of you just looked at the pictures anyways. I bet you missed the naked shot of Elle Macpherson hidden in one of the pictures though!

LooseNeutral
Hey Folks. This wouldn't happened to be the same crew that puts out Icy Dock would it? I've got one of their products. I like it a lot except for the power connector

little mod and all is well

tinytomlogan
Quote:
Yes matey its all names under the Raidsonic banner.Quote

LooseNeutral
TTL, I got a boy over there I haven't seen in a long time.USAF. I'm of a mind to look you up as well. Cheers to you and thanks, How do you like my avatar! ha

hadesan
In terms of cons - how is the heat dissipation for a drive that is in the unit? If you transfer or back up a substantial amount of data - how hot does the unit eventually get?Quote

tinytomlogan
not much of it is in the unit so most of it is out in the air. Drives wont need cooling unless there is lots of them in a confined spaceQuote
Reply