In order to put the Trifecta through its paces I plugged it into a test system consisting of the following components:

All the tests conducted on the SD card were done with the card plugged straight into the USB port. Below we can see the SD card formatted with FAT32, with a capacity of 952mb. 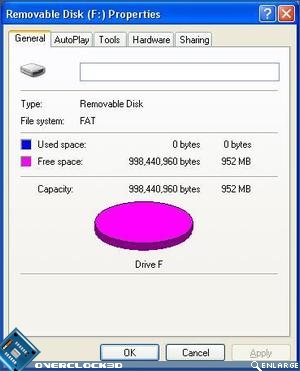 Firstly I ran a HDTach benchmark: 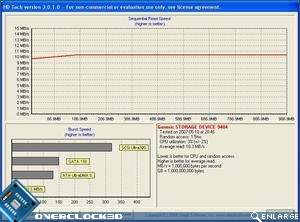 Then I ran two of the Sisoft Sandra Disk benchmarks: 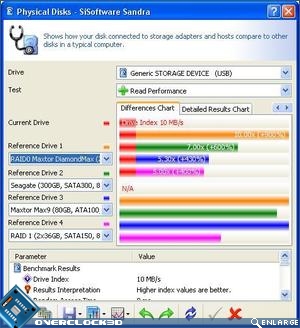 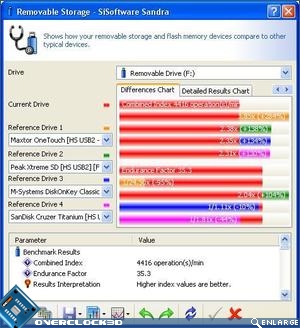 As you can see the Trifecta scores quite well in the tests. With a Read speed averaging 10mbps, it may not compare to conventional hard disk drives, but it trounces them with an incredible 1.5ms access time. In Sisoft's removable tests it scored below the other drives on the Combined indexing test, but turned out to have a fairly high endurance factor.

Overall the card performs well for a MicroSD card; proven by its results in these tests.