In the read and sequential Input/Output Operations Per Second (IOPS) test only the Samsung 980 Pro sits above the Sabrent Rocket 4 Plus pairing, a good start, even if the write IOPS isn't quite up there with the best performers we've seen it isn't a massive issue as most times we're writing to our drives we're limited by our net speed. 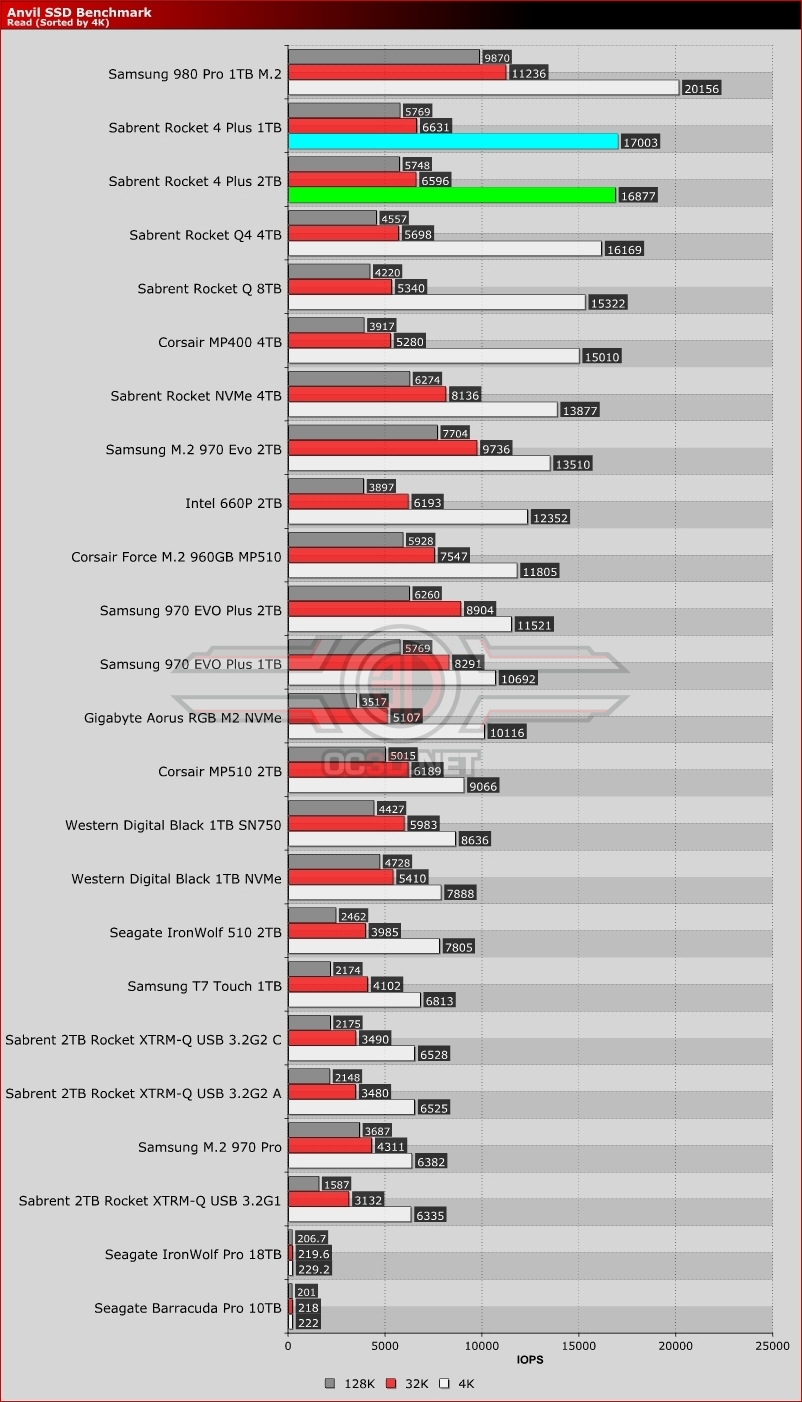 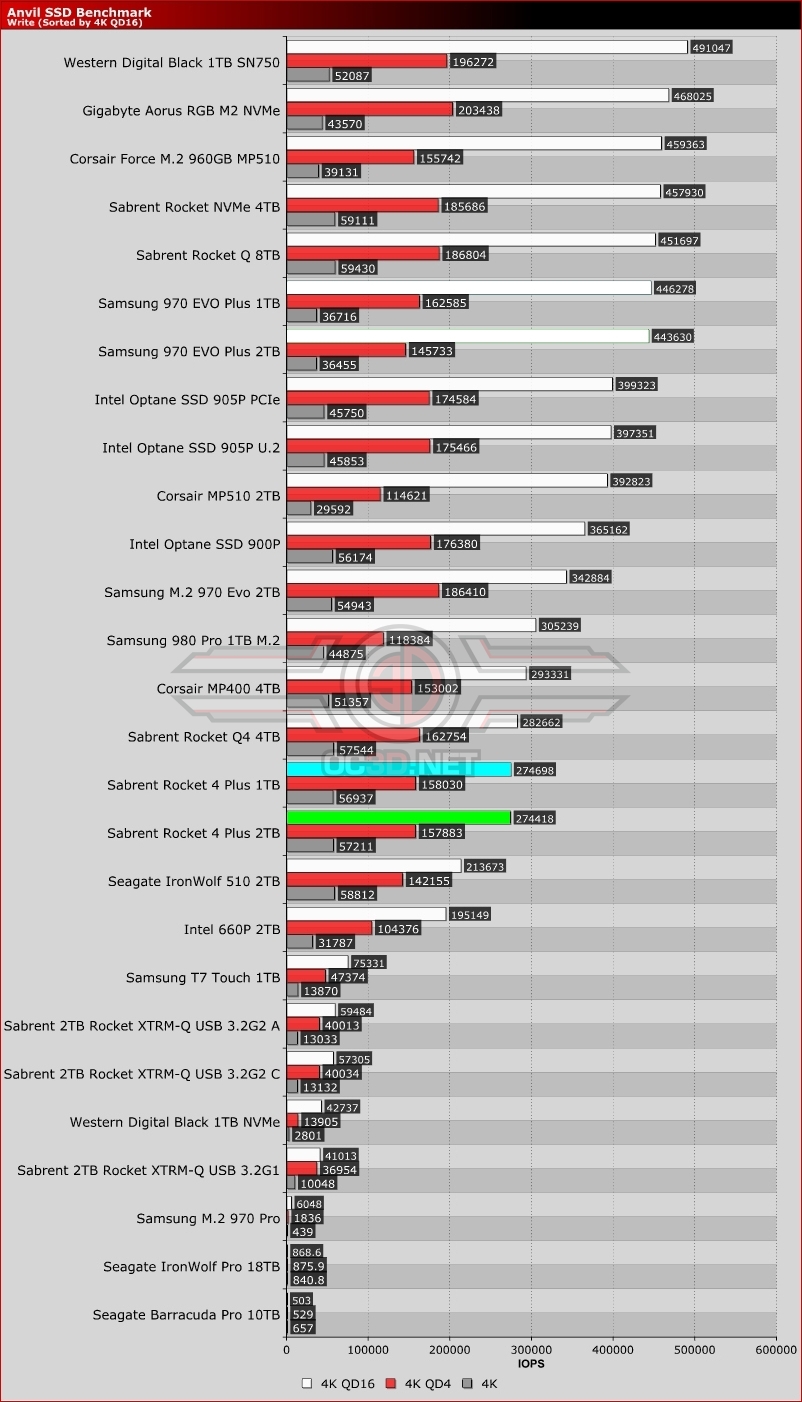 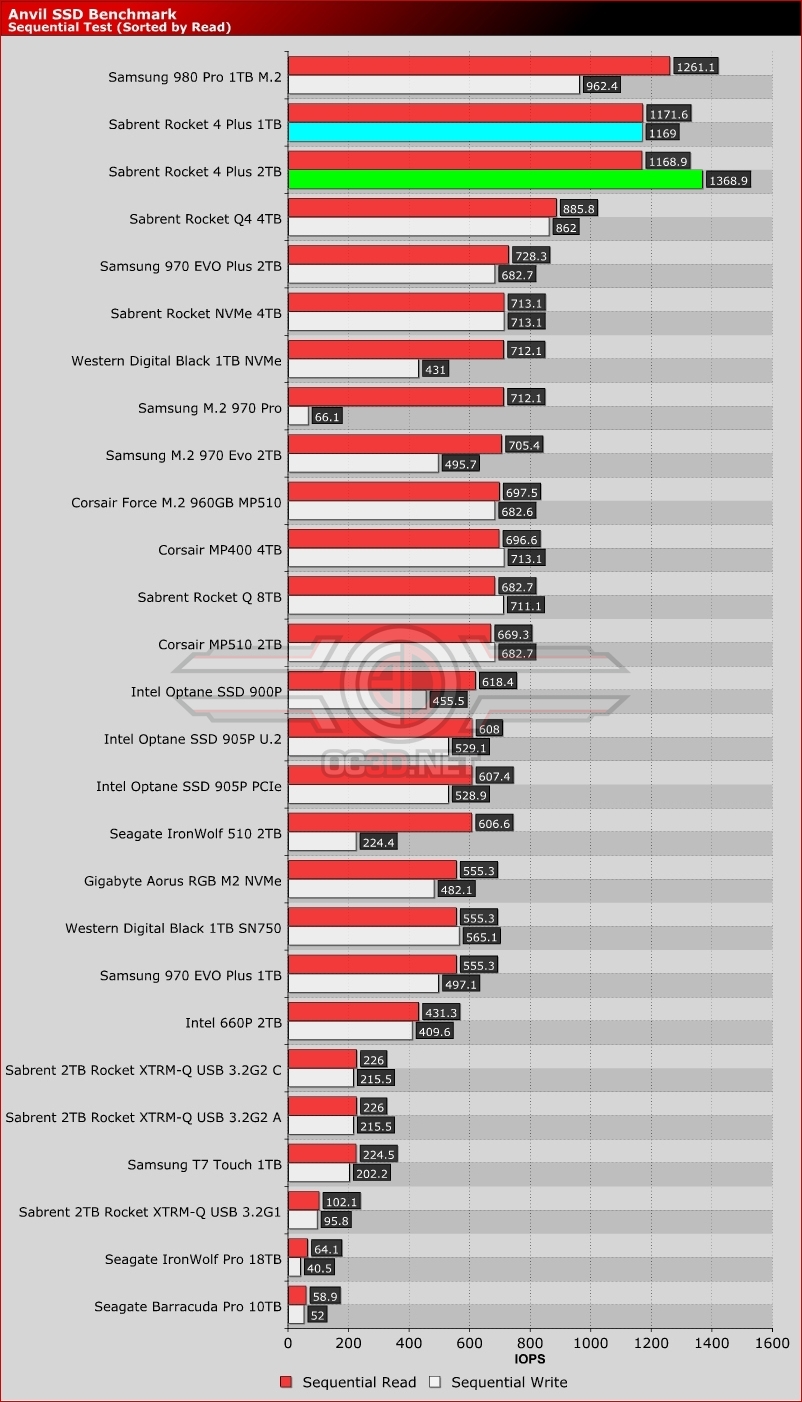