Pure MB/s throughput is normally what we as consumers focus upon and, again, the 980 Pro is the only drive ahead of the Rocket 4 Plus in the read tests, although the write tests see the two Sabrent drives totally mog the competition. 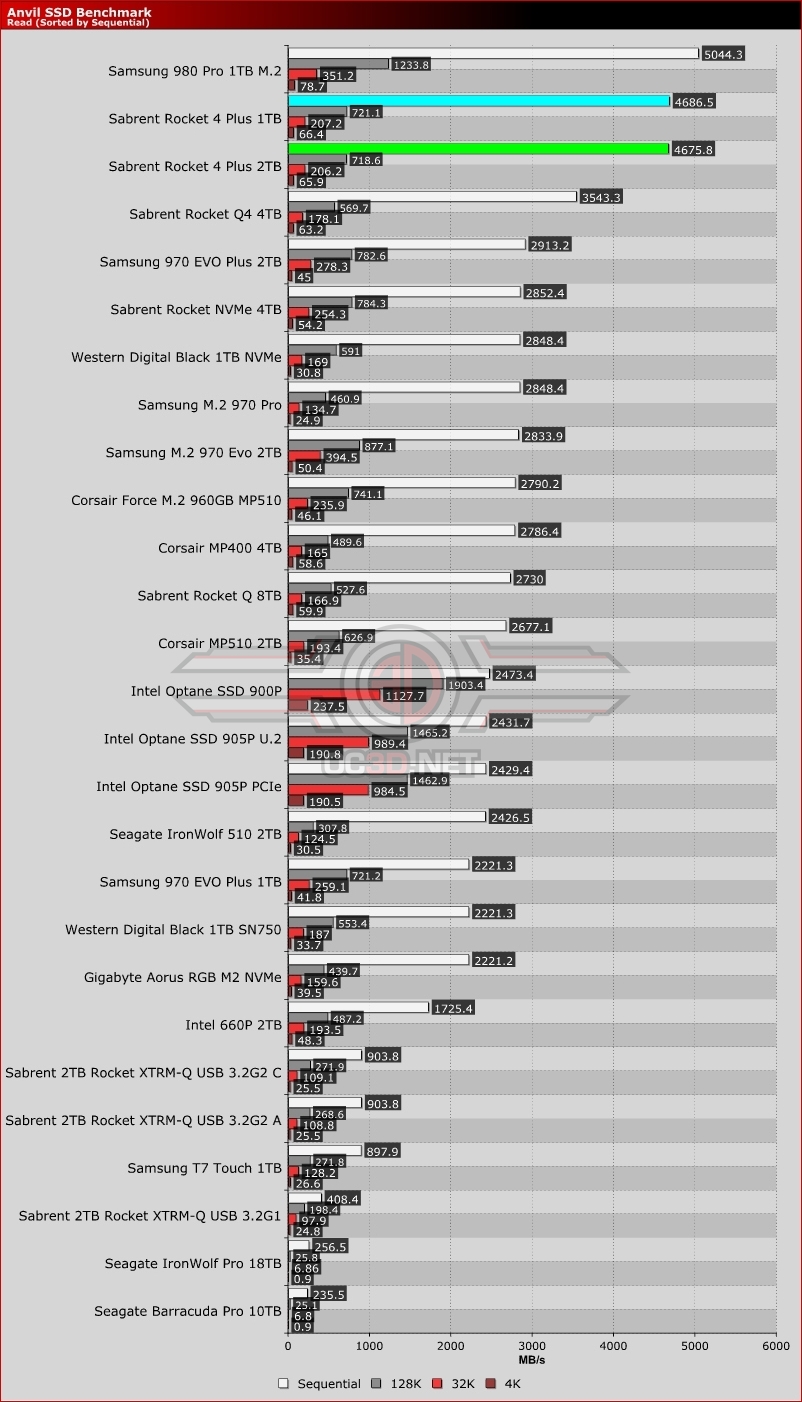 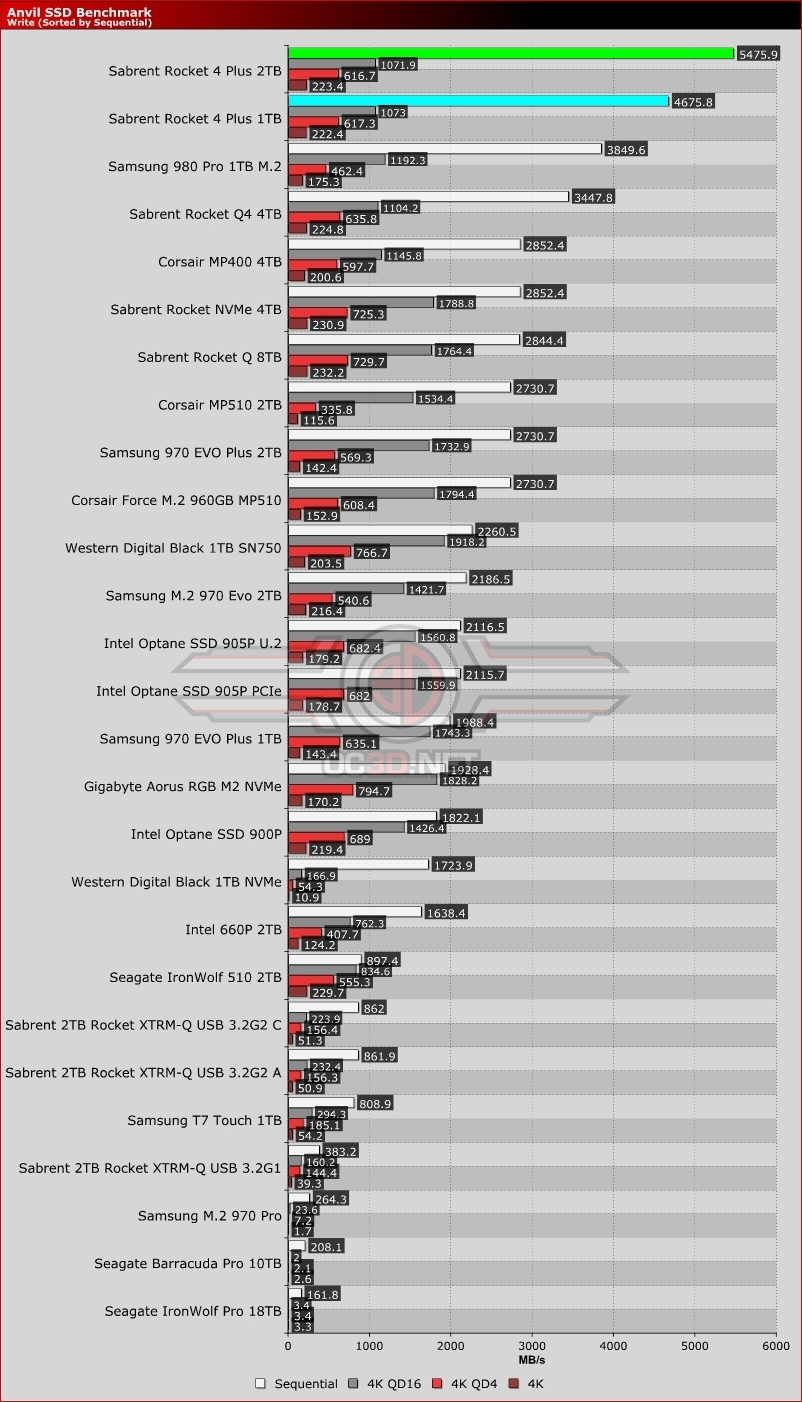